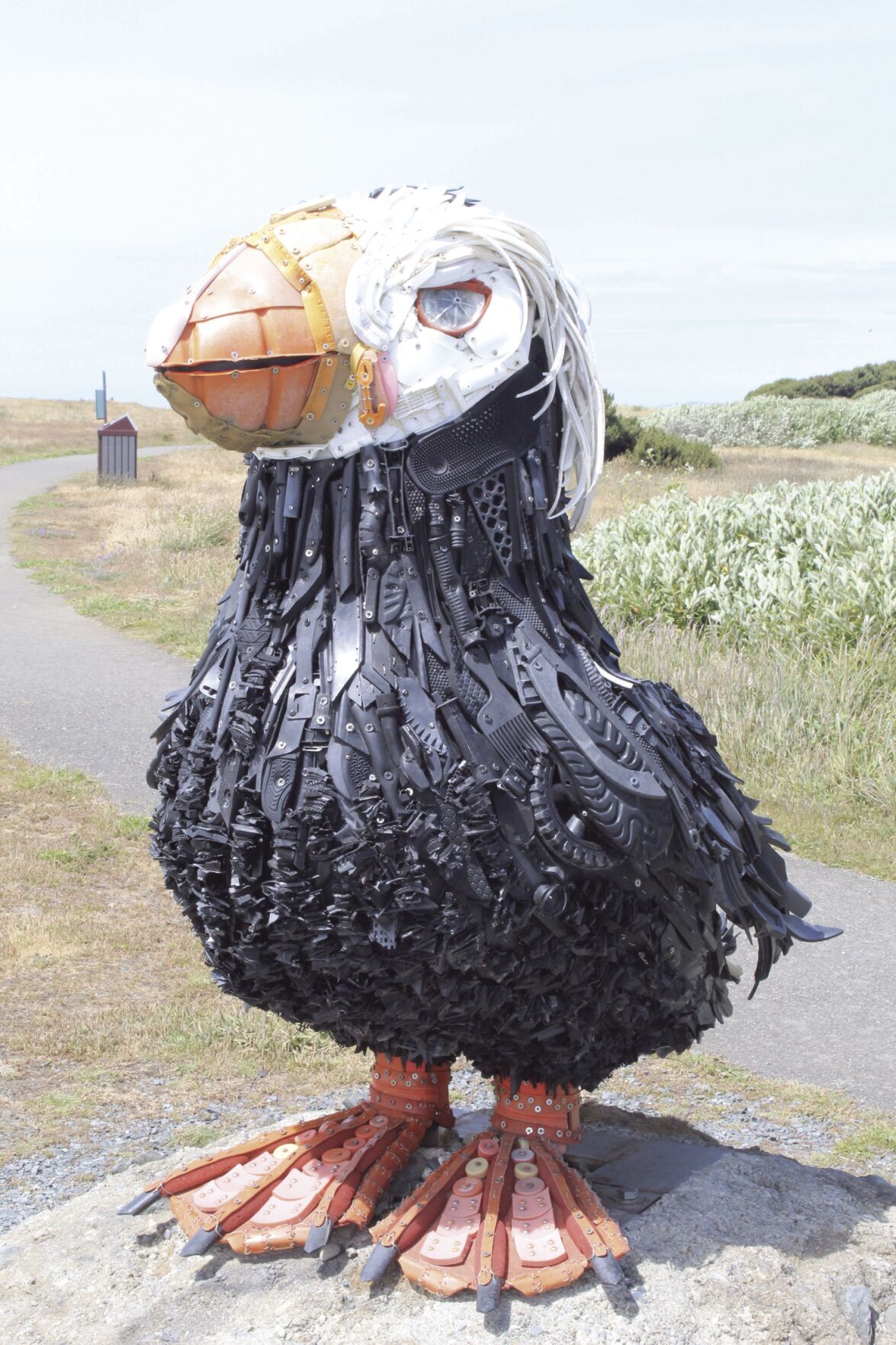 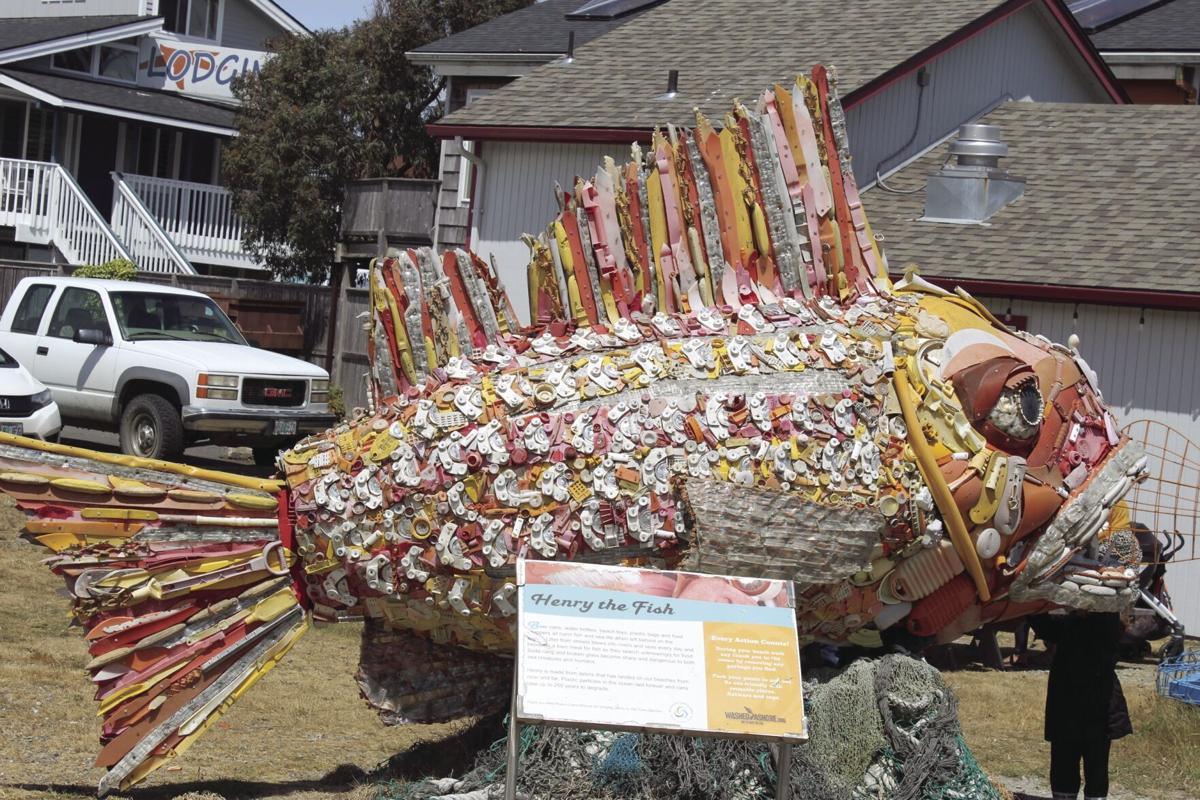 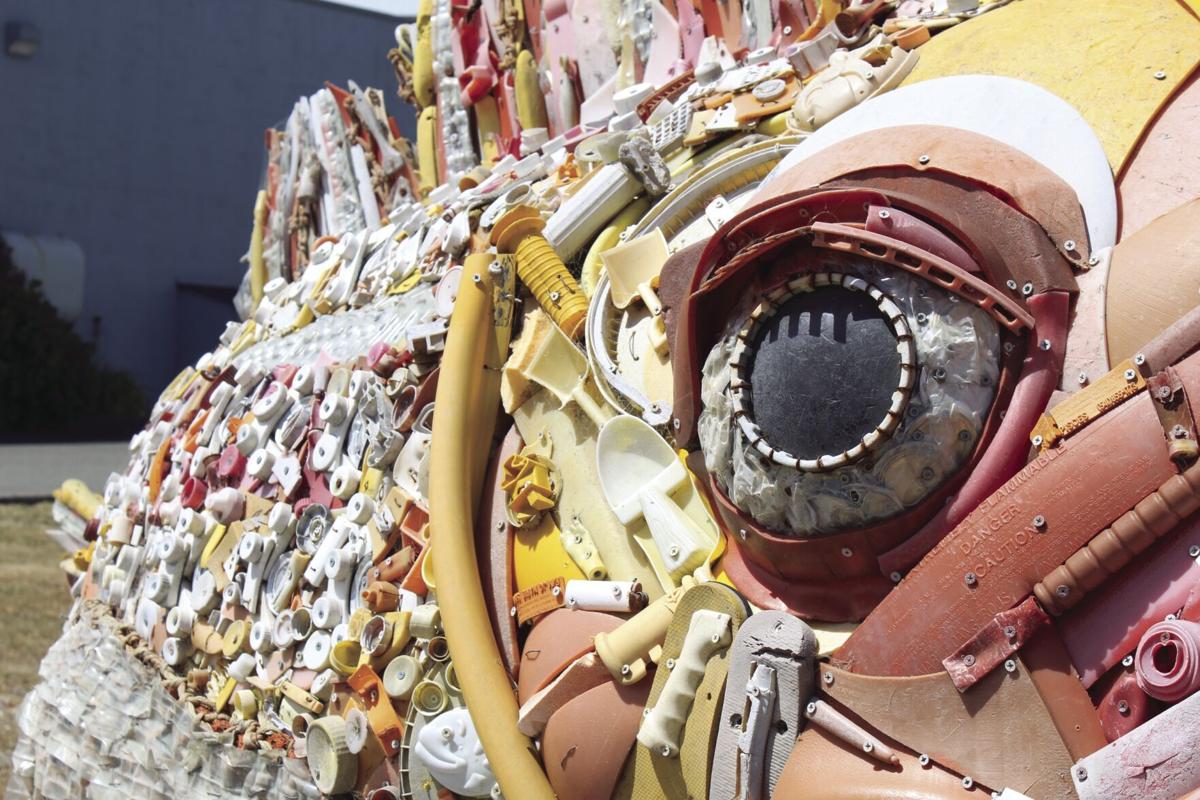 A Bandon art gallery with a mission far greater than just art reopened its door this week after being closed for 15 months due to COVID-19.

Washed Ashore opened its gallery at 325 2nd Street SE in downtown Bandon after using the time off to make some improvements to the gallery.

“We’re super stoked, super excited for it,” gallery Manager Cameron McGrew said last week. “We’re getting a few new additions. We’re getting the walls painted, and the carpets have already been cleaned. It’s exciting to have a fresh start.

Washed Ashore opened in 2010 when Angela Haseltine Pozzi came up with an idea to make art out of trash that washes up on beaches in the area. Pozzi, who also serves as artistic director, joined with artist Steve Wright to create masterpieces that are made almost fully out of trash.

Washed Ashore collects trash that has been removed from beaches through volunteer cleanup efforts as well as trash collected by park rangers. The items are then cleaned and used to make massive sculptures.

“We will definitely pick up whatever they find and turn it into some awesome sea creatures,” McGrew said.

And by doing so, Washed Ashore hopes to spread a bigger message about keeping trash out of the ocean.

“We’re an education-based nonprofit,” McGrew said. “Our goal is to educate the public. We’ve actually done viewings in Canada. We’ve been all over the United States. Right now, we’re in Norfolk, Virgina, Green Bay, Wisconsin and Turtle Bay in Redding, California.”

Washed Ashore also has pieces in the Smithsonian, Florida Aquarium and different aquariums and zoos across Oregon.

But the home base is and has always been in Bandon. It is there where Pozzi and Wright come up with their ideas and it is there where volunteers help put together the sculptures piece by piece.

The end result is larger than life sculptures, all showcasing sea creatures and all made from trash.

“We’re cleaning the beaches, we’re educating the public and trying to engage the community,” McGrew said.

While most of the sculptures or made of plastic, some include Styrofoam, nets from fishing boats and more. The biggest problem, though, remains plastic. The issue is plastic never fully degrades, so it can remain in the ocean for years and years. And during that time, it can cause havoc on animals that live and rely on the sea. Washed Ashore is trying to spread the message that most plastic use is not necessary. At the gallery, they offer water in biodegradable milk cartons.

“Plastic is necessary to an extent,” McGrew said. “But the single-use plastic is what we’re trying to avoid, things like single-use soda bottles, plastic wrapping around food that you’ll just take off and throw away.”

To make the point, McGrew likes showing a sculpture in the museum. Made largely of plastic water bottles, the majority of the bottles came from the Olympic games in Beijing, China. They washed ashore near Bandon several years later.

“Everything you buy is a vote,” McGrew said. “So, if you choose to buy boxed water, for example, you’re voting with your wallet every time you make a purchase. If we were to all just stop buying plastic soda bottles, they would get the message.”

Instead, McGrew said, buy aluminum, glass and paper products that can be easily recycled.

When visitors come to Washed Ashore, McGrew or other docents will start conversations with visitors to showcase the importance of voting with their wallets.

And, once again, Washed Ashore is opening and spreading that message.

As a nonprofit, the gallery relies on donations, volunteers and grants. It is also now making decent money loaning its finished products to museums and other places around the country.

Inside the gallery is still the best place to get a look at the work. There are over 85 sculptures in the gallery, with the largest probably a parrot fish that is 9-1/2 feet tall, 14 feet long and six feet wide.

The Washed Ashore Gallery will be open from noon to 5 p.m. Tuesday, Wednesday and Thursday and 11 a.m. to 5 p.m. Friday and Saturday.