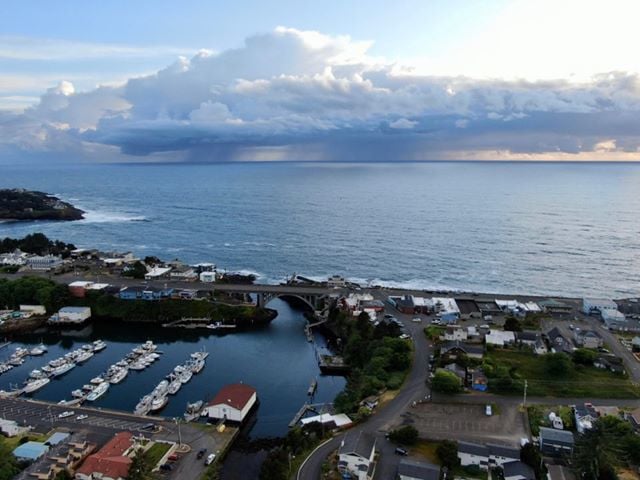 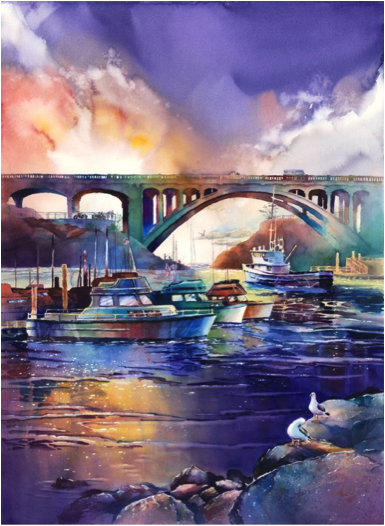 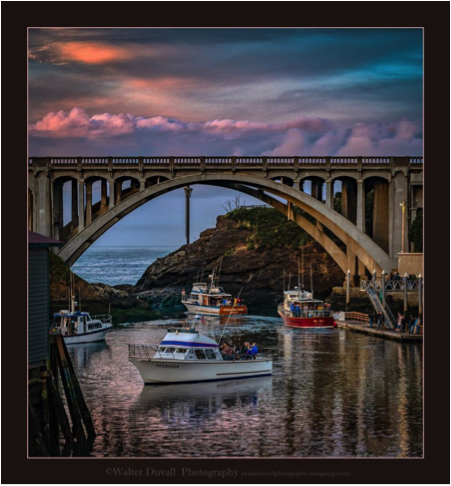 On June 4, the Depoe Bay Chamber and their DBA Discover Depoe Bay learned that Depoe Bay had been voted the Best US Harbor 2020 by US Harbor.com.

In addition to winning the contest, Depoe Bay was the only west coast harbor represented in the top five. The voting in May was open to 1,403 harbors and over 5 million people had the opportunity to vote. Out of 786 harbors voted for throughout the US, Depoe Bay received the most votes.

Along with many regional officials, Lincoln County Commissioner Board Chair, Kaety Jacobson expressed her pride.

“Congratulations to Depoe Bay on being voted the Best Harbor in the U.S.," Jacobson said. "For those of us that call the Oregon Coast home, we of course, already knew this! Depoe Bay is a remarkable place, with both an impressive harbor and an equally impressive collection of businesses and people that call this place home.”

An obviously treasured place in this small coastal town, Depoe Bay’s Harbor boasts a locally-beloved US Coast Guard crew, vessels and training station. There are benches and interpretive signage along the harbor wall, as well as easy access over a footbridge to a large waterside park with wooded hiking trails, a gazebo, picnic tables and ocean-themed play equipment. Community volunteers have also worked to add water safety signage and life jackets.

“I’m pleased to see the rest of the world confirm what we already know – that the smallest harbor in the world makes a huge impression," Oregon State Representative David Gomberg said. "Lots of small ports have natural beauty. What sets us apart is the hospitality, creativity, and civic pride of this special part of Oregon.”

For decades, the harbor has been a much appreciated gathering place, hosting thousands of locals and visitors each year at popular community events, such as the Fleet of Flowers, Salmon Bake, Crab Feed, Wooden Boat Show and Ducky Derby. In late 2019, Depoe Bay was added to the Oregon Film Trail with signage in the harbor to commemorate the filming of One Flew Over the Cuckoo’s Nest. The ever popular Depoe Bay Community Hall is also situated on the edge of the harbor next to the Coast Guard station.

“This is a delightfully pleasant recognition of our harbor and community that many of us think is the best place in the world to live," Johnson said. "Beautiful location, wonderful fishing, great place to see whales, and a fantastic community of people. “

Though small, this is a bustling harbor with over a dozen charters for fishing and crabbing, while 10 boats of varying sizes provide whale watching and sightseeing tours. There are three resident commercial vessels and a constant stream of recreational boats. The Depoe Bay harbor is also a proud recipient of Oregon's Clean Marina Program award. The program is a voluntary recognition program recognizing those that adopt best management practices that improve water quality and promote a cleaner marine environment for Oregon.

"There is just something about small towns that capture the imaginations of Americans. Although Depoe Bay may be the world’s smallest harbor, it more than makes up for it with the heart and soul of the fishermen, the businesses and local residents, " chimed in Jeannie Henson, who leads the Chamber’s social media efforts, which was an integral aspect of wining this award.

During the past year, Discover Depoe Bay’s Facebook page has acquired nearly 3,000 followers in the US and from 9 other countries.

The Depoe Bay Chamber will soon be unveiling a Best US Harbor logo and hosting an event to celebrate and commemorate this distinct honor. Laura Furgurson, the Chamber’s Executive Director will be leading these efforts.

“We are thrilled to have Depoe Bay named the Best Harbor and to be the only west-coast town included in the top 5," Furgurson said. "I joined the Chamber a year ago primarily because I love this town. One of my goals has been to get more exposure for our quaint, busy and productive harbor. For some unknown reason, I have always been drawn to boats and marinas. This award is a great way to share this love of harbors and highlight the wonderful Depoe Bay community and its strong maritime history."

Depoe Bay is the world’s smallest natural navigable harbor, currently covering approximately six acres, with a 50-foot wide, 100-foot long rockbound, dog-legged channel connecting to the Pacific Ocean. There are two freshwater creeks that flow into the harbor; North Depoe Creek enters at the northeasterly corner, and South Depoe Creek enters at the southeasterly corner. These creeks are very different in character. North Depoe Creek is rocky-bottomed and fairly fast flowing, while South Depoe Creek is sandy-bottomed and slow moving. Originally, the inner bay was shallow with a beach area on the east side surrounded by a cedar forest. Boats would simply anchor in the bay, afloat during high tide and resting on the bottom during low tide.

In 1937, Congress authorized development construction of the inner bay. When the construction was completed in 1939, the harbor was 375 feet long by 125 feet wide by five feet deep.

In 1950, the harbor was closed for improvements which were completed by 1952. A cofferdam was constructed across the mouth of the channel to keep ocean waters out of the bay, and flumes rerouted water from North Depoe Bay Creek and South Depoe Bay Creek to the ocean. The water in the bay was pumped out and the harbor was enlarged to 750 feet long by 390 feet wide by eight feet deep, and the retaining seawall along the east side was constructed. Just before the project was completed, rough waters at high tide tore out the south side of the cotterdam, flooding the bay. However, all construction equipment had been removed from the bay floor, and there was little consequence to this potentially devastating event.

In 1963 the 150-foot long channel was widened from 30 feet to 40 feet and deepened to eight feet at average low tide, by the Army Corps of Engineers.

In 1966 the existing breakwater was lengthened, and an additional breakwater was installed on the north side of the channel. In September of that year, Depoe Bay’s harbor was visited (at high tide) by the Omar, the largest vessel ever to enter the harbor. It weighed 33 tons and was 70 feet long with an 18-foot beam and a nine-foot draft.

In 1995, a new boat ramp and docks were installed in the harbor.

The State of Oregon constructed the main seawall in 1941.

The Depoe Bay bridge was designed by Oregon's master bridge builder Conde B. McCullough. In the 1920s, McCullough designed all Oregon's bridges along Highway 101 (then called the Roosevelt Highway).

The Depoe Bay Bridge was completed in 1927, and was only 18 feet wide. In 1940, a second span was built on the seaward side, making the bridge 48 feet wide with a side walk on each side and a walkway under the bridge. The bridge is 312 feet long and is located at mile post 127.6. The bridge was placed on the National Register of Historic Places on August 5, 2005.

Strength and survival in the face of unknown

For COVID-19 (coronavirus), recovery time lasts two to potentially six weeks. For most cases, those weeks creep along very slowly, as you’re c…