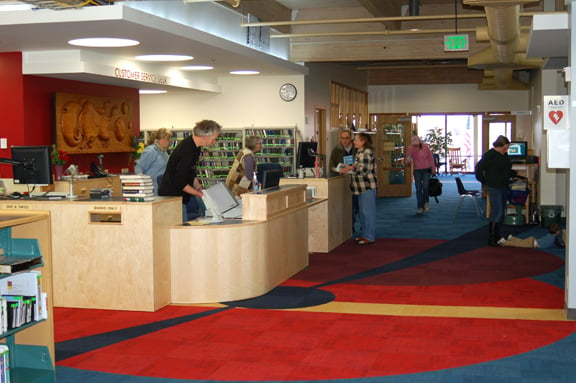 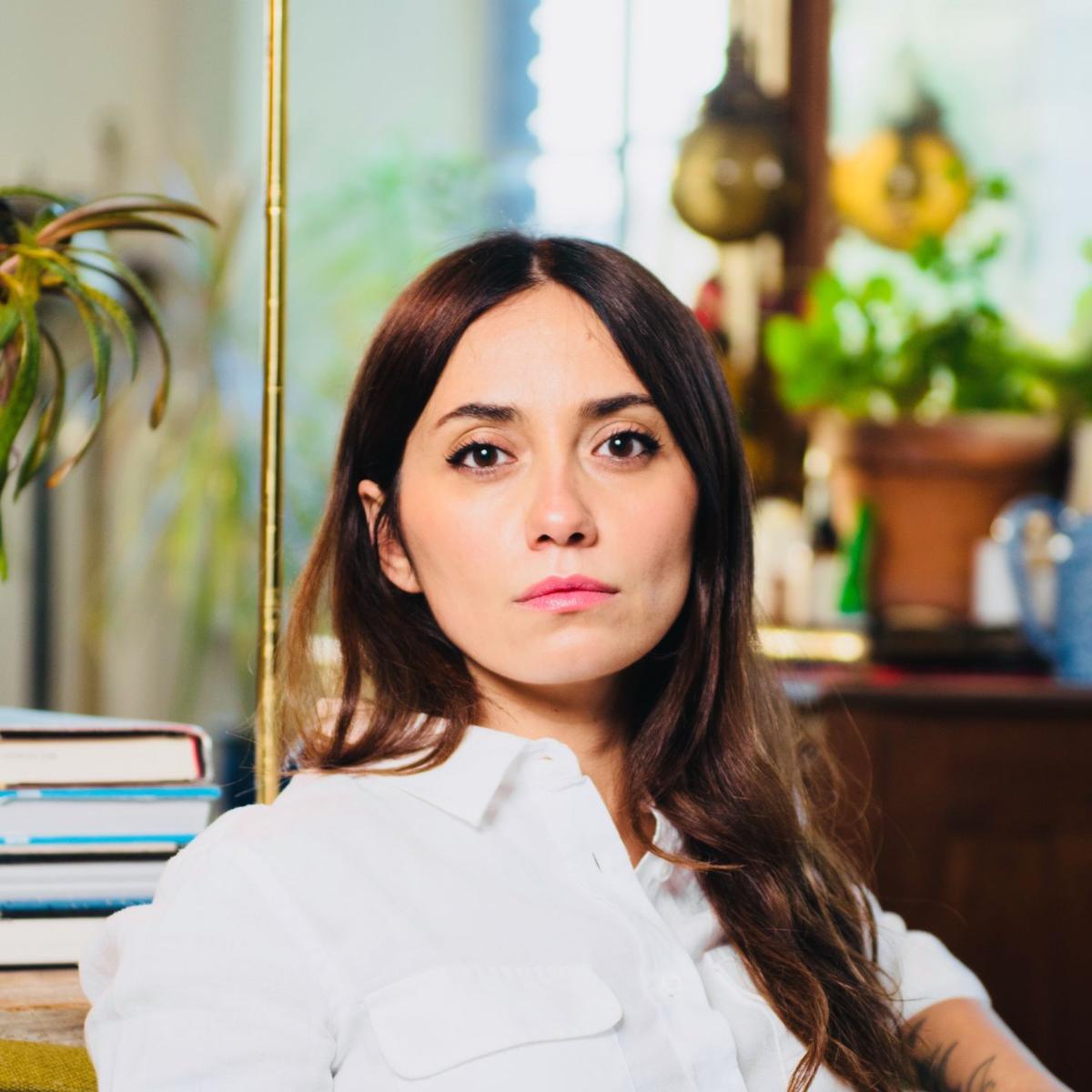 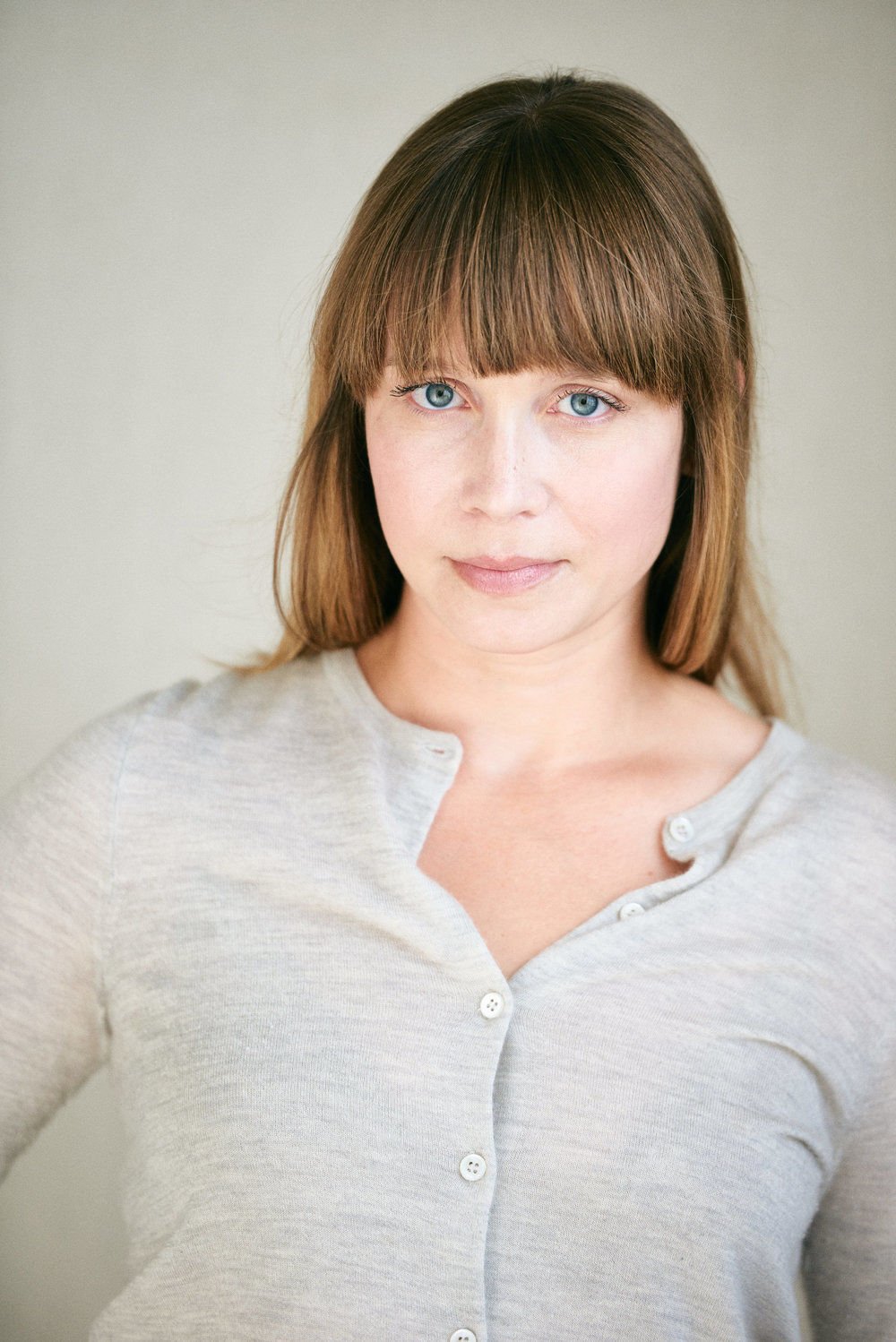 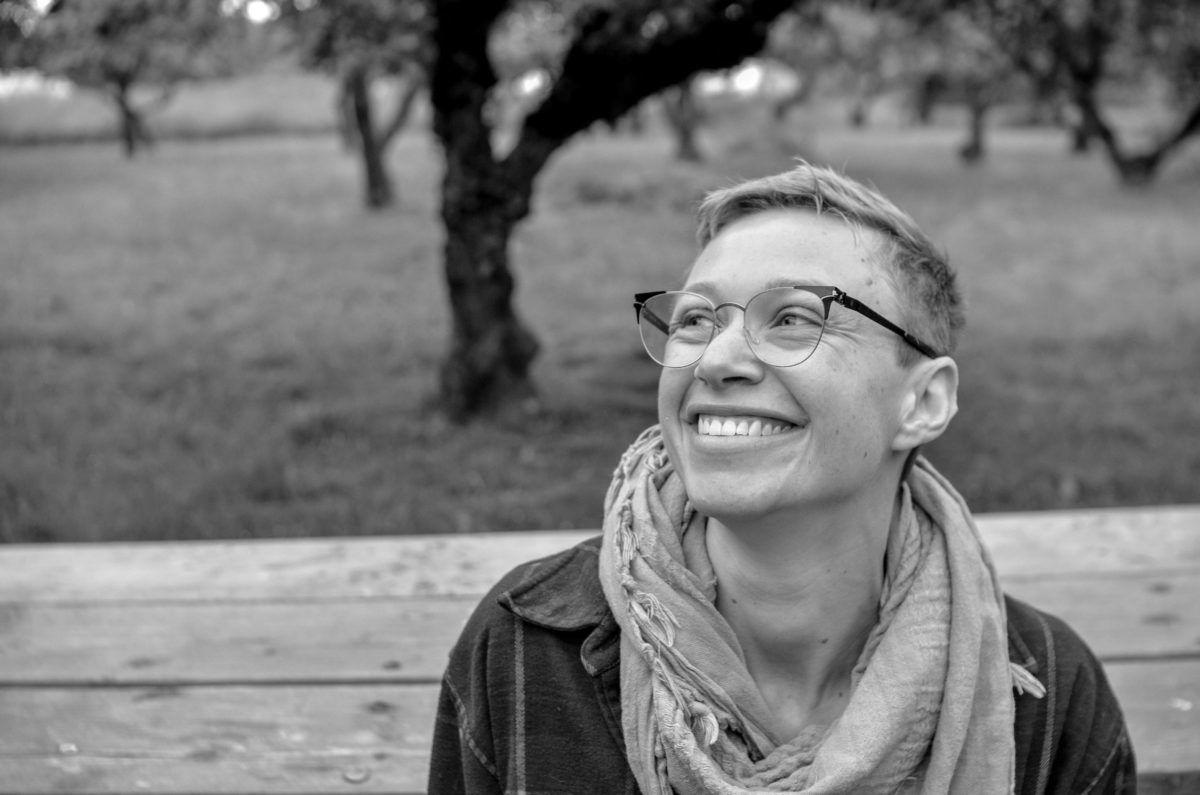 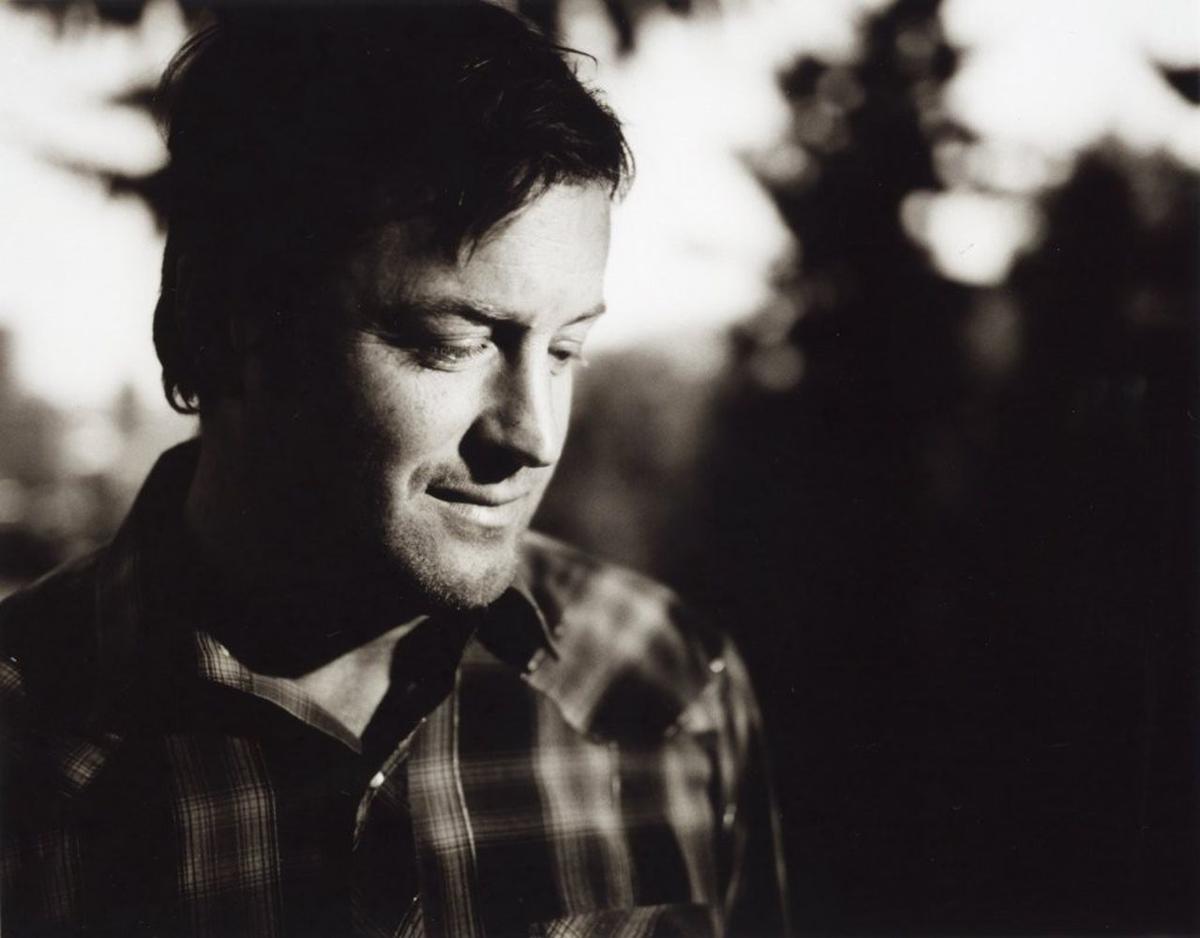 The Friends of Driftwood Public Library will present a literary series Oregon Legacy to the Lincoln County community on four Sunday afternoons in February.

Each author talk will take place in the reading room at Driftwood Public Library in Lincoln City at 3 p.m., beginning Sunday, February 2.

The series opens this Sunday with a visit from Willy Vlautin. He last visited Driftwood in 2012 as part of Oregon Legacy, and has since become one of our most asked-about visitors.

started playing guitar and writing songs as a teenager and quickly became immersed in music. It was a Paul Kelly song, based on Raymond Carver’s Too Much Water So Close to Home, which inspired him to start writing stories. He founded the band Richmond Fontaine in 1994. The band produced eleven studio albums, plus a handful of live recordings and EPs. Driven by Vlautin’s dark, story-like songwriting, the band, now retired, achieved critical acclaim at home and across the UK and Europe.

In 2014, Vlautin formed The Delines with singer Amy Boone (The Damnations) and released their first album, Colfax. He has published several novels, including The Motel Life (2007), Northline (2008), Lean on Pete (2010) and The Free (2014). In spring of 2018 he published his most recent book, Don’t Skip Out on Me, a novel about Horace Hopper, a half-Paiute, half-Irish ranch hand who wants to be somebody. He’s spent most of his life on the ranch of his kindly guardians, Mr. and Mrs. Reese, herding sheep alone in the mountains. But while the Reeses treat him like a son, Horace can’t shake the shame he feels from being abandoned by his parents. He decides to leave the only loving home he’s known to prove his worth by training to become a boxer. Vlautin currently resides in Scappoose, Ore.

On Feb. 9, Sophia Shalmiyev will visit the library. Shalmiyev tells us on the first page of her striking, lyrical memoir, Mother Winter (2019): to understand the end of her story we must go back to her beginning. Born to a Russian mother and an Azerbaijani father, Shalmiyev was raised in the stark oppressiveness of 1980s Leningrad.

An imbalance of power and the prevalence of anti-Semitism in her homeland led her father to steal Shalmiyev away, emigrating to America, abandoning her estranged mother, Elena. At age eleven, Shalmiyev found herself on a plane headed west, motherless and terrified of the new world unfolding before her.

Now a mother herself, in Mother Winter, Shalmiyev recounts her emotional journeys as an immigrant, an artist, and a woman raised without her mother. She is an MFA graduate of Portland State University with a second master’s degree in creative arts therapy from the School of Visual Arts. She lives in Portland with her two children.

Oregon Legacy continues on Feb. 16 with a visit from writer Kate Hope Day. Hope Day’s first novel, If, Then, was published in Spring 2019.

In it, the residents of the quiet mountain town of Clearing, OR are rocked by troubling visions of an alternate reality: four neighbors find their lives upended when they begin to see themselves in a parallel reality. Ginny has a baffling vision of her beautiful coworker in her bed, and begins to doubt the solidity of her marriage. Her husband Mark sees a vision that suggests impending devastation, and grows increasingly paranoid, threatening the safety of his wife and son.

Samara witnesses an apparition of her deceased mother, healthy and vibrant again, and wonders about the secrets her parents may have kept from her. Cass catches a glimpse of herself pregnant again, just as she’s on the brink of returning to the project that could define her career.

At first the visions are relatively benign, but they grow increasingly troubling, and in some cases, frightening. When a natural disaster threatens them all, it becomes clear that the visions were not what they first seemed, and that the town will never be the same. Hope Day holds a BA from Bryn Mawr College and a PhD in English from the University of Pittsburgh. She was an associate producer at HBO and currently lives

here in Oregon with her husband and their two children.

They also work as a ghostwriter. Their writing has appeared in The New York Times, The Washington Post, The Rumpus, McSweeney’s, and many other journals. Their work has been nominated for the prestigious Pushcart Prize four times, as well as several small press awards for excellence, including a Speculative Literature Foundation’s Working Class Writer Grant, an NLA-International Nonfiction Writing Award, and an SFWA Writing Award.

Foster has been in recovery from alcoholism and addiction since 2007. In 2018, they co-authored American Fix: Inside the Opioid Addiction Crisis and How to End It with activist Ryan Hampton. Foster’s contributions to the recovery movement include speeches, letters and articles supporting equal rights for people with substance use disorder. Their work has been read on the floor of the Senate.

Foster developed, wrote and hosted two seasons of a leading recovery podcast called ‘Addiction Unscripted,’ described as ‘This American Life’ for people with substance use disorder. They are a graduate of Reed College and also hold an MFA in Creative Writing from Pacific University.

Foster is the author of short story collections Foster I’ve Never Done This Before (2016) and Shine of the Ever (2019), a literary mixtape of queer voices out of 1990s Portland. The stories explore what binds a community of queer and trans people as they negotiate love, screwing up, and learning to forgive themselves for being young and sometimes foolish. Foster currently lives in Portland.

Twenty-six years ago, Driftwood Public Library completed a move into a their current location in the City Hall building. To celebrate the library’s new home and to thank the community for all of its support during the transition, The Friends of Driftwood Public Library created a gift for the community. With little resources beyond the income from their occasional book sales, the Friends underwrote the first literary series ever presented in Lincoln County: Oregon Legacy. Each year they have renewed that sponsorship.

All Oregon Legacy presentations are free due to the generous support of The Friends and the D’Sands Condominium Motel, who provide free lodging for each of the visiting writers.

The library is located on the second floor of the Lincoln City City Hall building at 801 SW Hwy 101 in Lincoln City, just across the street from Burger King and adjacent to McKay’s Market grocery store. For further information about the Oregon Legacy series, contact Ken Hobson at 541-996-1242 or khobson@lincolncity.org. Visit Driftwood’s website at www.driftwoodlib.org