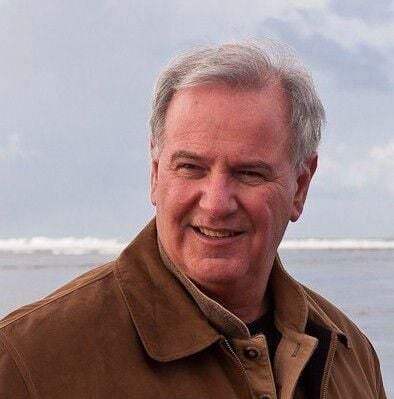 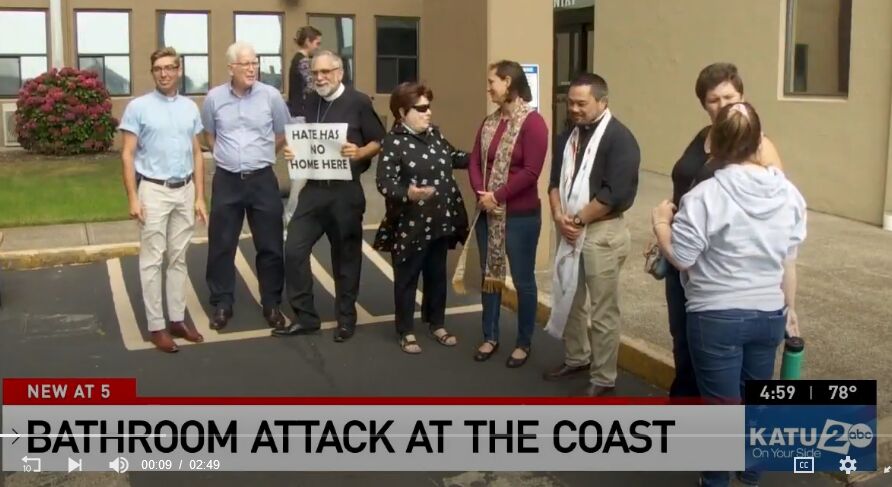 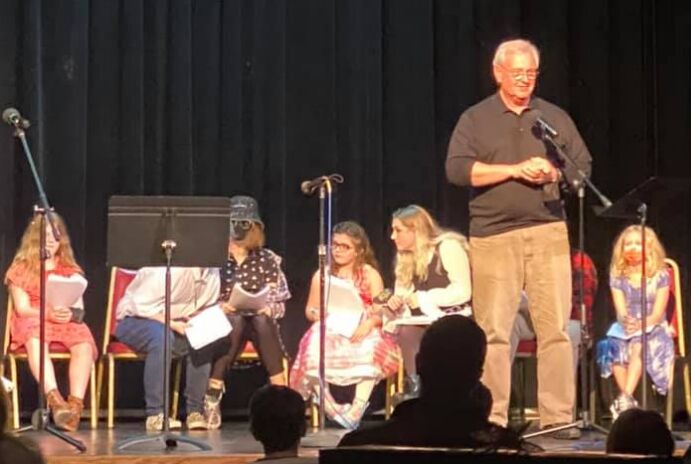 This past week was “Legislative Days” in Oregon, a periodic check-in between sessions for legislators and committees to gather, hear information about the challenges confronting the state, and discuss what the next legislative session might hold. This year, just like last year, our Legislative Days hearings were all held remotely.

I chaired meetings of the Transportation and Economic Development Subcommittee, chaired the General Government Subcommittee, attended an update in the Wildfire Recovery Committee, and wrapped up the week with a long meeting of Ways and Means.

To watch any of these meetings, click on the start arrow next to the meeting date on the right side of the screen.

I also appeared before the Veterans and Emergency Management Committee to raise issues about Oregon license plates.

When you see one of these license plates on an Oregon car, what is your first reaction?

My first thoughts have always been, “Thank you for your service,” “You earned more gratitude than you received,” and “You and your family have sacrificed so much.” But what I have learned is that those reactions are not always warranted.

Paralyzed Veterans and Vietnam Veterans are among a group of license plates that any Oregonian can purchase for $20.

Other plates in this group include the Non-Commissioned Officers Association, Veterans for Human Rights, Fallen Public Safety Officer, and Oregon Professional Firefighters. Money raised with the sale of these plates benefits organizations helping veterans and first responders.

Complicating the situation is the fact that there is another group of military license plates that you must show proof of service or special qualification to display. That includes Gold Star Family, First Marine Division, Purple Heart, Army Special Forces Airborne, and a Veteran’s plate displaying an image of your branch or a medal earned.

I asked the Committee a simple question. What is more important? Honoring veterans or raising money for good veteran organizations?

That is a complex question and I don’t immediately know the answer. But I do know the public is easily confused by the current rules. The Committee agreed and immediately created a workgroup with plans to consider changes in the next legislative session.

You can watch the hearing here starting at roughly the five minute mark.

I was a chief co-sponsor of this bill. As a coastal legislator I will continue to prioritize disaster response and resilience to address future tragedies and save lives. I’ve seen first-hand the impacts of natural disasters in my district, like the wildfires in 2020 and flooding last week. We also know at some point there will be a Cascadia Subduction Zone earthquake. Inaction is not an option.

“Today’s update shows we are right on track to having a department that will effectively coordinate emergency response year-round,” said Rep. Paul Evans (D-Monmouth), one of the bill’s other sponsors. “This new department is going to make sure we’re proactive and allows us to have the resources needed to mitigate future disasters, not just respond.”

The legislation, which passed unanimously in the House, establishes the Oregon State Fire Marshal (OSFM) as an independent agency, focusing on local investments for improved resiliency and fire defense and creates a local government advisory board to ensure that local governments are able to effectively communicate the needs of their communities to ODEM.

On Wednesday, the combined House and Senate Revenue Committees received the December Economic and Revenue Forecast from Office of Economic Analysis.

My reports have been heavy on economic and employment news lately – with good reason. Oregon has continued to produce record-breaking revenues, exceeding economists' expectations that the economy would slow after federal coronavirus aid dried up. Wages and salaries are 8% above the pre-pandemic peak, despite the fact that employment is 70,000 jobs below where it was.

Economists warned the legislature that inflation could continue into next year and is likely to counteract much of the current wage growth. Higher prices could impact low-income Oregonians or parts of the state where wages are not increasing as quickly.

Overall, the revenue the state is now projecting is so vigorous, economists are planning for another $558 million “kicker” in 2024. The kicker is Oregon’s unique tax refund that applies when actual revenues exceed what was predicted by 2% or more. In August, economists revealed stunning news that Oregon is expected to see a kicker refund close to $2 billion for 2023.

A sunny weekend helped us recover from a very wet week that created flooding, evacuations, landslides, and accidents. I’m concerned that there is more to come.

The National Weather Service is predicting cooler and wetter than normal conditions for the Pacific Northwest in the upcoming winter months. That includes higher than normal wave heights as well as more rain.

The Oregon Division of Financial Regulation (DFR) is a good source for insurance information.

Comprehensive coverage on a typical auto insurance policy will cover damage to your car caused by a flood.

Contact your insurance agent or insurance company to review your coverage or make a claim.

If you have questions or concerns after speaking with your insurance company, call the consumer advocates at DFR for free help. 888-87-4894 (toll free.)

If your home or car is damaged by floods:

Save all receipts from hiring professionals or purchasing supplies to make temporary repairs.

Record the highest water line on your car and DO NOT attempt to start a flooded vehicle until inspected by a professional.

Nikki, Aja, and Jessi are three transgender women who lost their lives to violence. In 2019, 17-year-old Nikki was strangled in Vancouver, Washington. In 2020, Aja was stabbed in Portland, Oregon. Last month, Jessi was found dead in Banks, Oregon.

In 2019, a transgender woman named Lauren was beaten at Agate Beach State Park in Newport. Her assailant was sentenced to nearly six years in prison.

So far in 2021, at least 46 transgender people have lost their lives to violence in the United States, making this the deadliest year for fatal violence against trans and gender-nonconforming people on record.

Every year on November 20th, people around the globe memorialize trans and gender-diverse people during Transgender Day of Remembrance. We celebrate the lives of our trans family and neighbors and grieve their deaths. We reflect and recalibrate to stop the ongoing violence targeting trans and gender non-diverse people.

Last Sunday I was invited to make a few remarks at a fundraiser for the Lincoln City Playhouse. Playhouse is a local youth theater company.

I was reminded of my own experience in youth theater, playing Puck from A Midsummer Night's Dream as a nervous seventh grader. My costume that night included green leotards and a felt pixie hat.

Theater teaches invaluable life lessons – self-confidence, teamwork, and how to follow directions. But the Playhouse program in Lincoln City offers something more. Sunday’s show was affiliated with All Together Now, a global event combining 2,500+ theatres in all 50 states and over 40 countries that performed the same musical. Being part of something larger than your self is also an important life lesson.

Watch for the Playhouse production of Elf later this year.

Later in the week I zoomed to the opposite end of the County to kick off the Cape Perpetua Land Sea Symposium with a few welcoming remarks. This symposium is a community event aimed at promoting local stewardship and raising awareness about current research being conducted within the Cape Perpetua nearshore and adjacent watersheds.

I also was invited to offer a legislative update to the Oregon Ports Association. Our ports are a critical part of the coastal economy and District 10 is fortunate to include Alsea, Toledo, Newport, Tillamook, and the Depoe Bay harbor. A recent study reports our fishing industry and the adjusted figures for related activities resulted in a total income of $346 million and 7,400 jobs in Lincoln County alone.

As you can see, Legislative Days was busy in both Salem and here at home. The highlight this coming week will of course be the Thanksgiving Holiday. We all have so much to be grateful for, not the least of which is living in a beautiful part of a remarkable state. Please enjoy Thursday with family and friends. I’ll be back with another update next Monday.

We have much to be grateful for here.