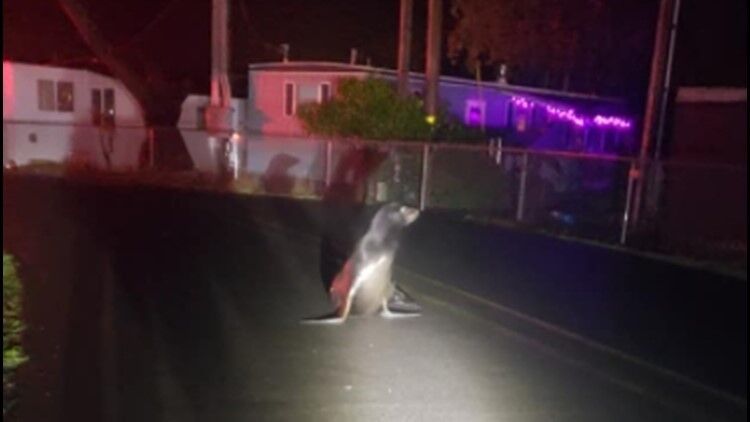 It has been a fairly quiet legislative week. As we begin the holiday season, I hope you were able to gather in the warm embrace of family and friends during these turbulent times to reflect on all we still have to be thankful for.

Early in the week, someone asked if I enjoyed being a legislator. “Most days,” I replied.

Legislative service is challenging – both intellectually and emotionally. The problems we face and the divisions that we suffer are deeper and wider than I have ever seen before. Representing this diverse district is the hardest work I have ever done. It is also the most rewarding.

Every single day, I get out of bed knowing I have the potential to make someone’s life better.

It may be something very personal – helping someone get an overdue unemployment check, helping a family visit a loved one isolated by rules in assisted living, or helping a wildfire survivor get funds to re-build.

It may be more symbolic – passing a resolution to honor the life and community contributions of a local man or woman, cutting a ribbon at a new business, working to secure a sign honoring a first responder lost in the line of duty, or something more lighthearted, like proposing a sign announcing the longest continuous highway in America.

It may be both fun and practical – like helping create a license plate to celebrate the coast and also raise money to protect marine mammals.

Money is important. Big projects in small towns are necessary but unaffordable. But as a legislator, I’ve been able to secure funding for our dams, ports, schools, water, sewers, culture, and tourism. Each will make an immediate difference to our economy and livability that will be impactful for a generation to come.

And some of my efforts will have more long term consequences as I vote to pass bills that improve our schools, protect our environment, build more housing, and prepare for future natural disasters. I worked hard to expand the Marine Science Center in Newport and continue to believe work there will help us address ocean warming, acidification, rising tides, and the global challenge of climate disruption.

Each of you have the ability to make our communities better, stronger, and safer as well. You do it when you go to work each day to support your family, extend a kindness to a stranger, pick-up trash on the beach, volunteer in a local project or program, or write a year-end check to a worthy non-profit. As I often say, we’re all in this together.

I am grateful every day that you have honored me with the responsibility of representing you. To quote Governor James Withycombe in his 1915 inaugural address, I hope to “prove worthy of the confidence reposed in me”.

Life of a legislator

For the first time in years, Oregon’s commercial Dungeness crab fishery is set to begin on its traditional December 1 opener. Boats are in the water already laying traps.

Crab tested in Oregon had high meat yield and were well below domoic acid alert levels. The naturally-occurring marine toxin has plagued the fishery in recent years, complicating harvest and, in some cases, delaying the start of the fishery. Crabbers will still need to get through price negotiations with buyers. Negotiations have also been a source of delay in past seasons. Winter weather can also be a factor, especially for smaller boats.

Commercial Dungeness crab is one of Oregon’s most lucrative fisheries. Despite a delay last year, we landed 12.2 million pounds coastwide with a value of $60.6 million.

With $50 million from state bonds, the Oregon Parks and Recreation Department will begin major upgrades next spring, including more power, better restrooms and new visitor centers.

Beverly Beach, nestled along Spencer Creek north of Newport, is one of seven state parks to get multi-million dollar upgrades next year. The electrical system hasn’t kept pace with the ever-growing size of RVs pulling into the campground. The coastal park with 267 campsites and 21 yurts likely will need to close down temporarily to allow a complete upgrading.

We’ve got beavers near the ocean and sea lions in our streets!

A study by The Wetlands Conservancy group has confirmed that beavers have been found living in saltwater along the Oregon coast, challenging scientist’s assumptions that too much saltwater would kill a beaver. Beavers’ presence in this region may help to re-establish wetlands in areas that have been drained from agriculture, helping to bring the water back to those areas, creating critical habitat for juvenile and adult salmon, and many other species.

Meanwhile, a sea lion was found roaming the streets of Lincoln City Friday afternoon, and first responders spent a couple hours trying to get her back into Siletz Bay. Fresh fish was donated by Kenny’s IGA to tempt the animal and garden hoses used to keep her wet. Eventually she was safely guided back to the ocean — perhaps proving once and for all that the open water really is the only place for roving sea lions. Although my personal opinion is that she simply found it too hard to make a left turn on Highway 101 and went home.

Over the next few days, I’ll be co-hosting a legislative Tillamook Dairy Tour together with Representative Suzanne Weber. I’ll join Senator Dick Anderson to meet the West Oregon District Forrester, Michael Curran. Susie and I are planning our wardrobe for the Lincoln City Chamber Holiday Gala. And next week, I’ll be pleased to attend the Pacific City/Nestucca Chamber award luncheon.

The holiday season has arrived with gusto. Please make the most of it! And remember to shop small and buy local.