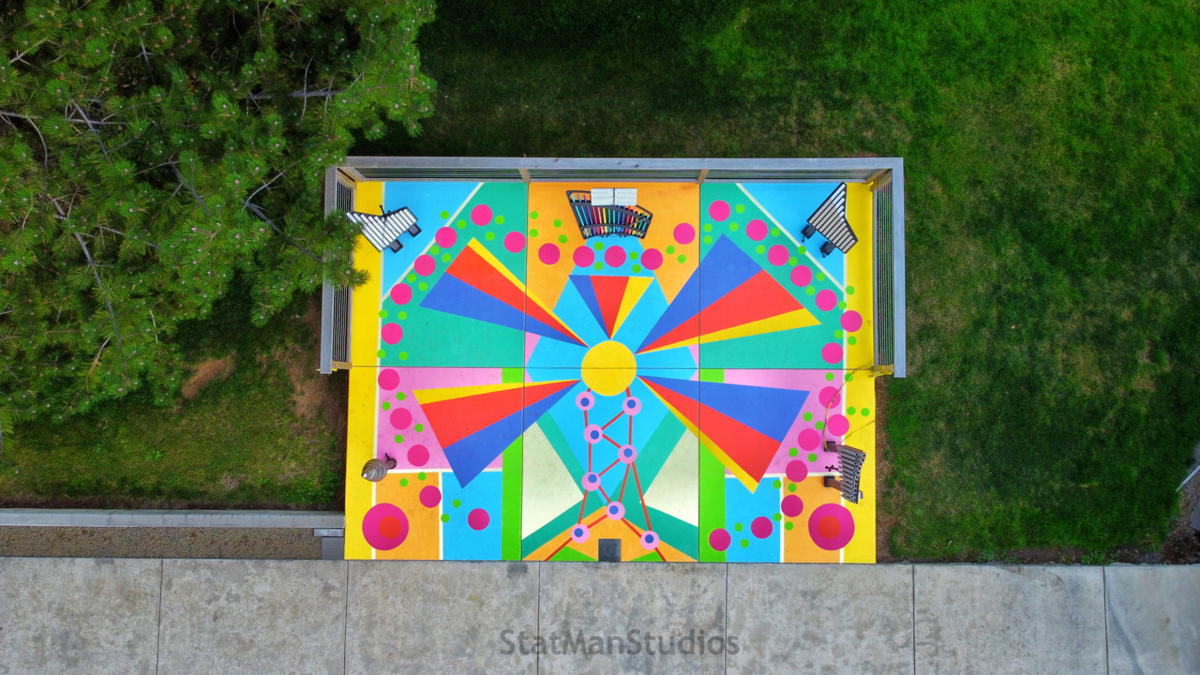 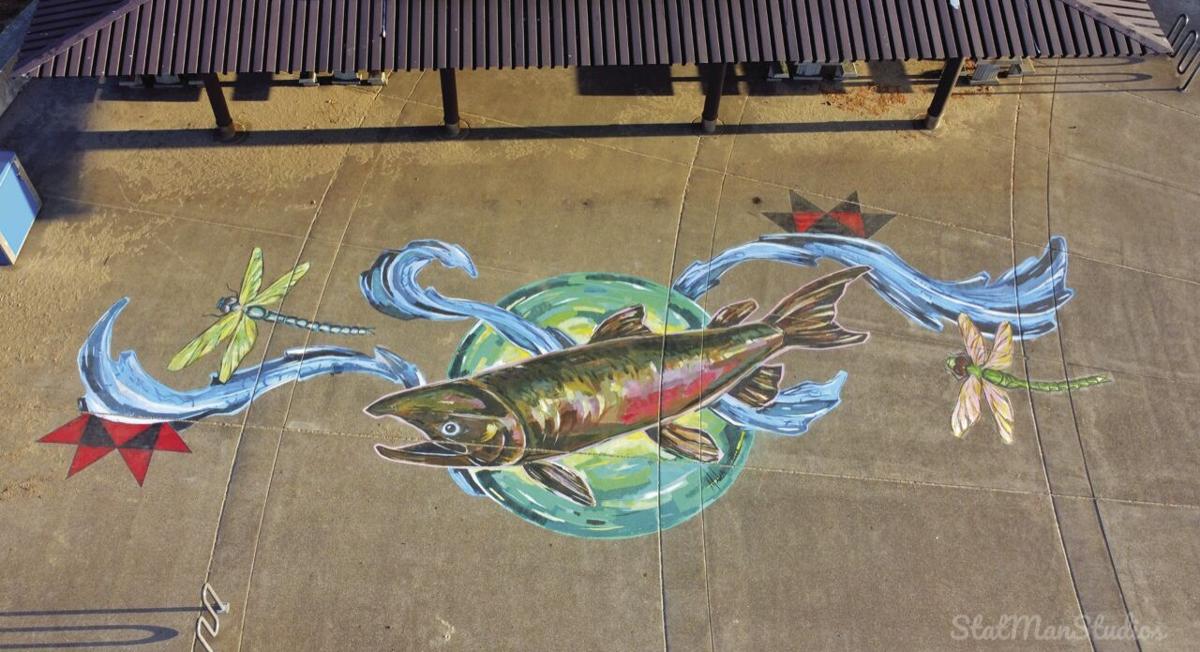 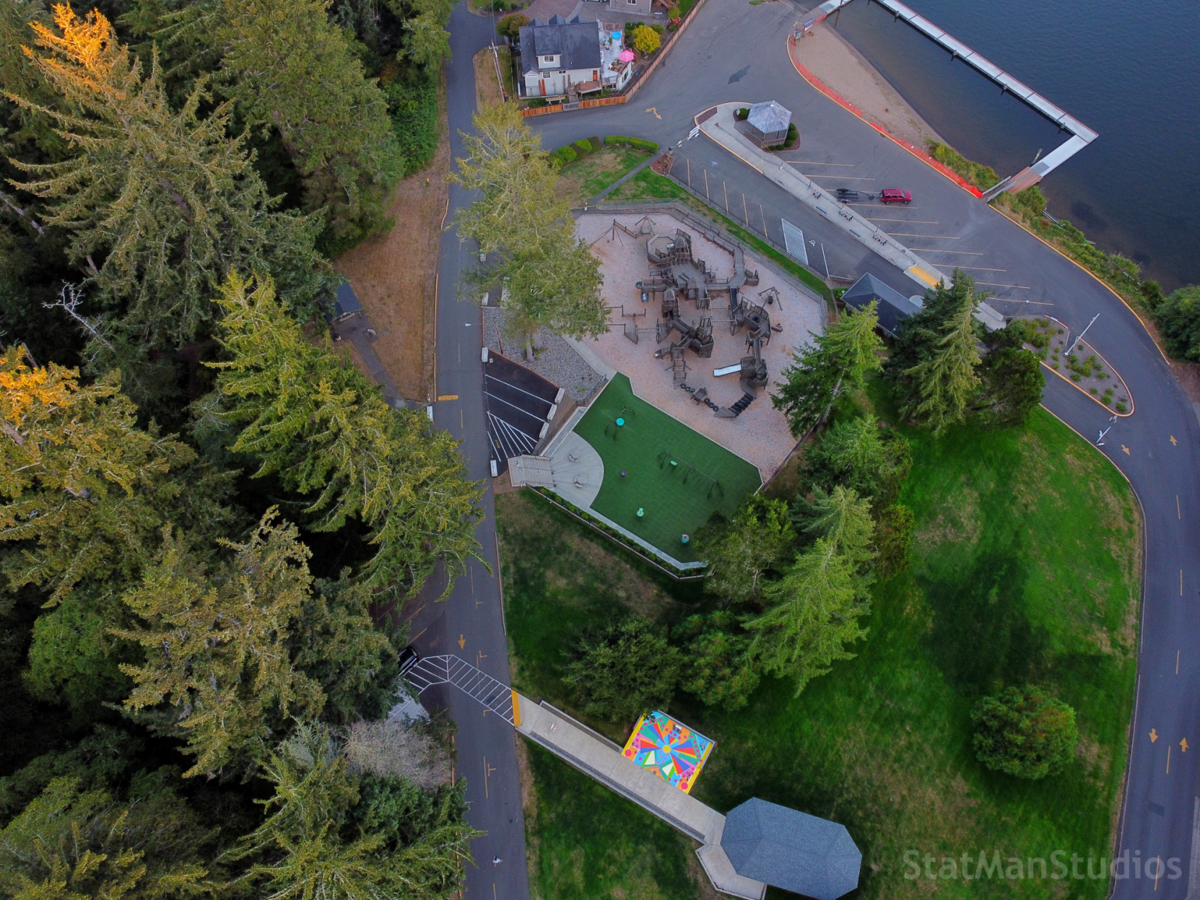 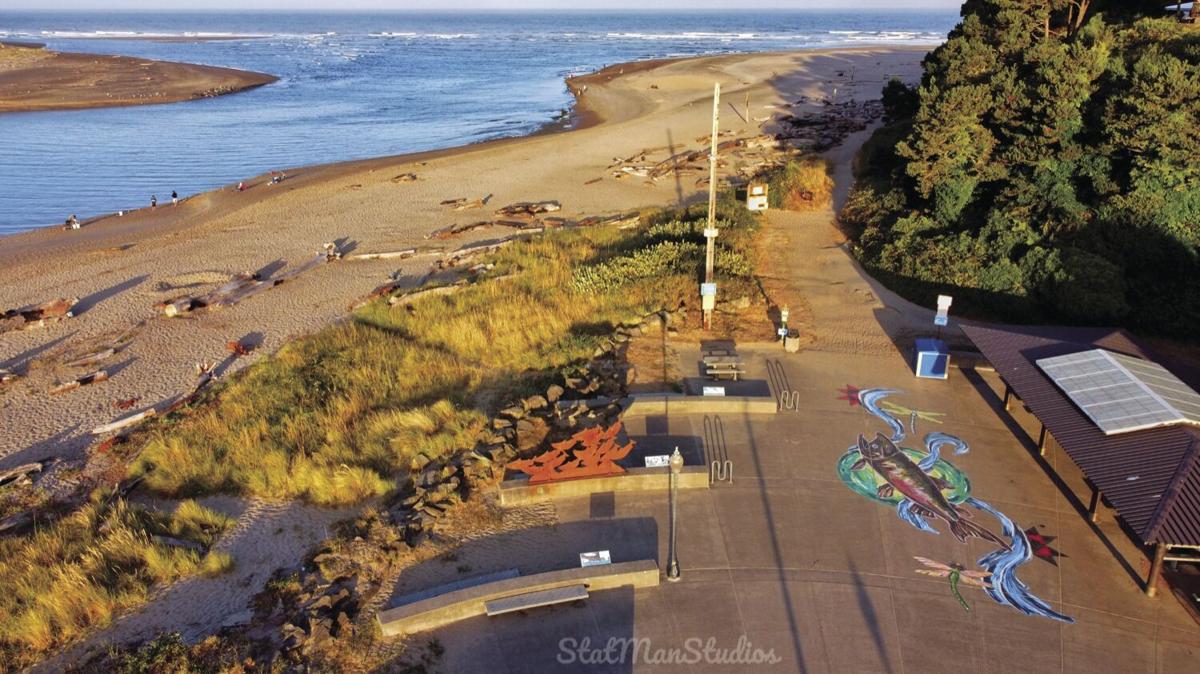 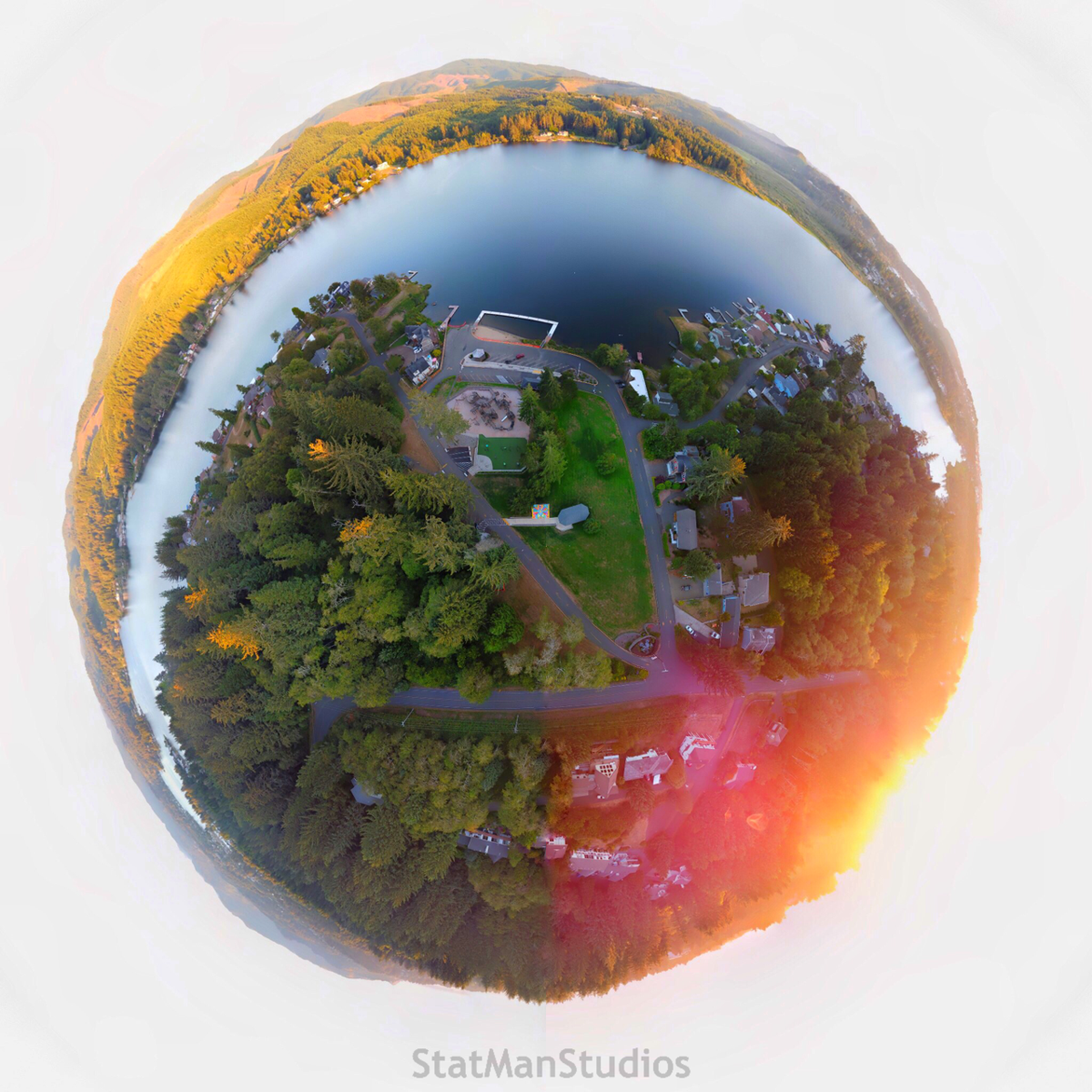 “The inspiration of the project was to address isolation, to interrupt that isolation through community and art making,” said Akins, who completed the ’Vibrations’ mural at Regatta Park. “I’m hoping that people take away a feeling of joy and hope and possibility and curiosity to keep exploring and connecting with each other.”

Other murals included ‘The Octopus at Nelscott Reef,’ crafted by Todd Beaty, ‘Hannunvaakuna,’ painted by Ashlin Bush at the Community Center and a tribute piece called ‘Morning Star,’ by Miles Browne at 51st St./Taft.

“This one in particular is to honor a local tribal elder named Grandma Agnes,” Browne said. “She was instrumental in bringing back what’s called the ‘Salmon Ceremony.’ Hence the salmon as the main focal point and dragonflies were very important to her.

“I love that it’s on the ground. People can interact with it. It’s really bringing these communities together. We’ve also been working with some local kids around, so they have gotten to contribute as well.”

Facebook has released its environmental report on the drilling accident of the Jupiter Cable System project in Tierra Del Mar. According to th…