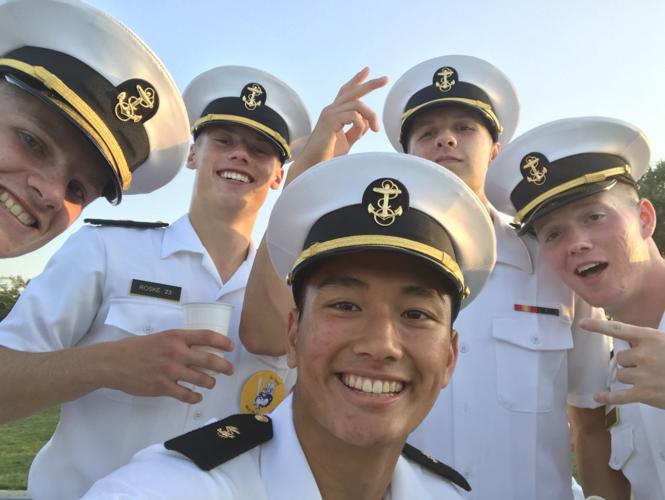 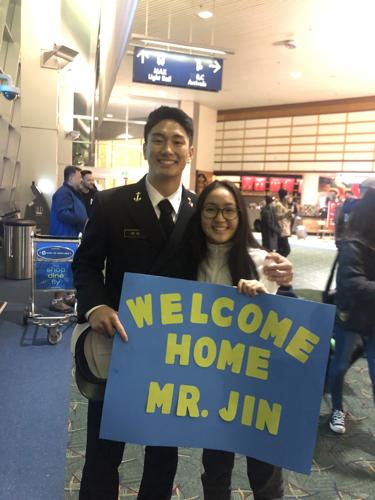 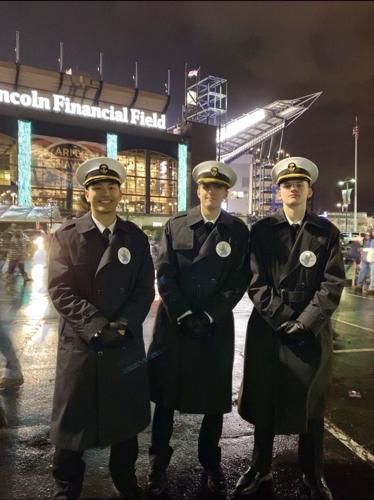 Taft grad tops his class at US Navel Academy

Enlisted in the United States Naval Academy, David Jin (graduate of Taft High, class of 2019), was awarded as a recipient of Superintendent's List for Fall 2019. It's the most prestigious list among three lists given by the Academy (Superintendent's List, Academic Dean's List, and Commandant's List).

To be able to be listed in Superintendent's List, a midshipman needs to get grades above 3.4 but also need to get A's in Conduct, Military Performance (which is based on the evaluation from all Plebes (4/C) in the company and from upperclassmen (3/C, 2/C, 1/C) and also from commanders), and an A or B in Physical Education.

Jin earned a 4.0 on the grade, A on conduct, A on Military Performance (ranked first by all his colleagues, upperclassmen and commanders), and earned an A on Physical Education.

Jin was ranked first among his class (Plebes) of 1,159 midshipmen.

Eastern Oregon University named 523 students to the dean's list for the 2019 fall term. Qualifying students achieve and maintain a grade point average of 3.5 or higher on a 4.0 scale while completing a minimum of 12 hours of graded EOU coursework.

Among those listed was Mikayla Blackstocks of Lincoln City.

Eastern Oregon University was founded in 1929 as a teacher's college and today serves as a center for education, culture, and scholarship in rural areas of Oregon. At EOU students receive personal attention from their professors while building strong relationships with peers and mentors. Visit eou.edu for more information.

WGU has recognized 5,617 undergraduate and 4,302 graduate degree recipients, who have completed their degrees since October 2, 2019. Their areas of study include business, K-12 education, information technology, and health professions, including nursing. The average time to graduation for those earning a bachelor's degree was 2 years, 2 months, while the average time to degree for graduate programs was 1 year, 6 months. The average age for those who graduated is 38 years old.

WGU pioneered competency-based education, which measures learning rather than time spent in class. Designed to meet the needs of working adults, students study and learn on their own schedules with individualized, one-to-one faculty support. They complete courses as soon as they demonstrate that they have mastered the subject matter; allowing them to move quickly through material they already know so they can allocate time for what they still need to learn. As a result, many WGU students are able to accelerate their studies, saving both time and money.

Helping your neighbors and their families stay warm just got easier. Pacific Power will match every dollar you donate to the Oregon Energy Fun…

Are you happy with the results from the primary election?

Candlelight vigil to be held May 22

Offbeat Oregon: Treasure of lucky beach-gold prospectors may still be out there

Candlelight vigil to be held May 22

Offbeat Oregon: Treasure of lucky beach-gold prospectors may still be out there