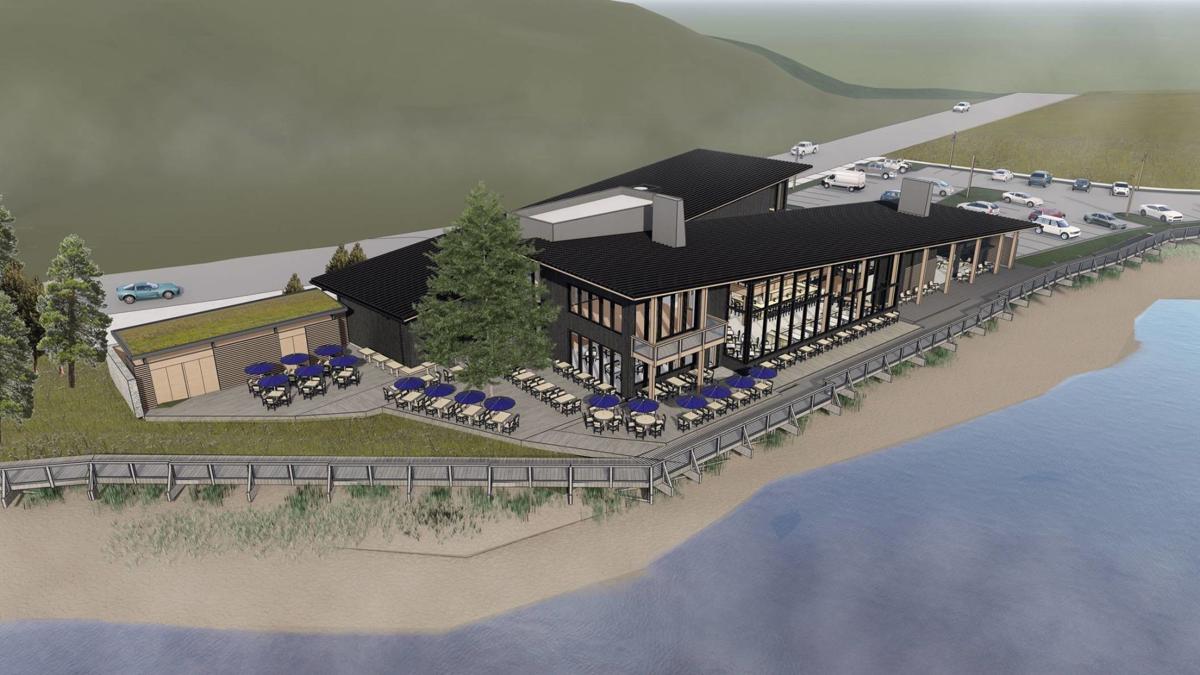 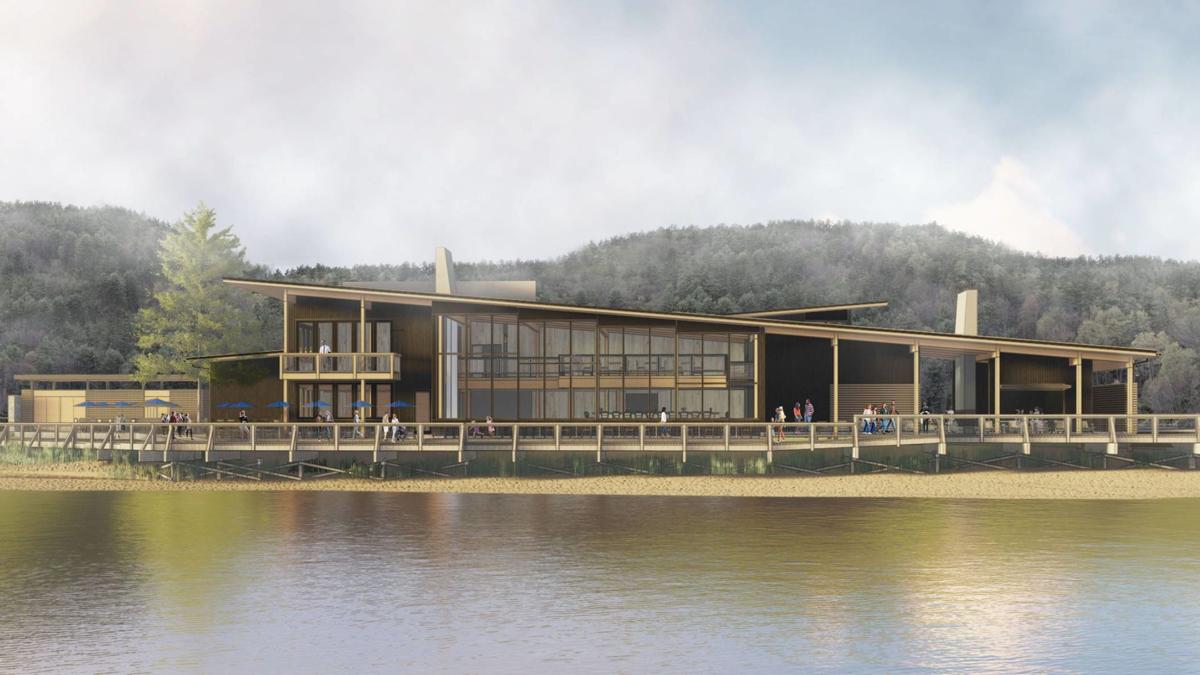 Staying true to its beach roots, Pelican Brewing Company adds to its flock, breaking ground this month on its newest location on Siletz Bay in Lincoln City.

Pelican is planning another unique brewpub experience, at the former site of The Bay House restaurant—to showcase the magnificence of this beautiful stretch of the Oregon Coast. The new brewpub is expected to open early in 2021.

While actual groundbreaking will take place on the site this spring, a community celebration will be planned for a future date.

24 years after opening its first venue—and Oregon’s only oceanfront brewpub—in Pacific City, Pelican brings its iconic beach culture to another Oregon coast town. Like its other locations in Pacific City, Cannon Beach and Tillamook, the Siletz Bay brewpub will offer craft beers unique to that location—and a modern yet casual and relaxing guest experience punctuated by the raw natural beauty and wildlife of the bay.

The new brewpub will deliver the same incomparable pub fare featuring locally-sourced seafood and produce, and a number of innovative features found only at Pelican Brewing—Siletz Bay.

“We are honored to bring the Pelican experience, our award-winning beer and innovative beer cuisine to another Central Coast market—and we are so excited to be a part of this historic destination beach town,” said Mary Jones, founder and co-owner of Pelican Brewing, Kiwanda Hospitality Group and the Nestucca Ridge Family of Companies. “We intend for our new bayfront brewpub to be a unique and memorable venue for fellow fanatics to create new traditions and special moments to revisit again and again.”

Pelican has secured the design services of the global award-winning hospitality design firm, EDG Design, and the architectural expertise of Portland-based Jones Architecture. Both firms have collaborated with the Pelican team to create a modern coastal design that embraces the beauty of the site and Pelican’s desire to serve up an extraordinary guest experience.

According to lead architect, Alan Jones, Jones Architecture, the new brewpub is being designed as a destination venue that at once draws upon and honors the traditions of the Oregon Coast, Siletz Bay and the Pelican brand.

The design was inspired by both coastal working buildings and the natural environment—the shifting tides, ever changing conditions and the dramatic views of the driftwood covered beaches called for a design solution that allowed the building to open up to the outside and for the outside to come in. Guests both inside the dining room as well as those seated outside on decks and boardwalks will literally feel like they are fully immersed in the atmosphere of the bay and beach.

"In addition to the contextual influences the project is also deeply rooted in the Pelican brand and experience,” Jones said. “We have worked hard to understand the Pelican culture—it’s an honor be part of the team working on this spectacular site with such great partners. We are very excited to see the Siletz Bay Pelican come to life”.

A 10-barrel brewhouse located adjacent to the dining room will craft most of the beer served in this brewpub and offer guests a brew-side-view of the exposed brewing operation and a chance to interact with Pelican Brewers. The brewery will function as a pilot system for creating experimental batches as well as brewing a few year-round beers just for Siletz Bay.

Just some of the features of Pelican’s newest family-friendly brewpub include:

- Boardwalk to stroll along the bay

- Plenty of patio and outdoor seating with bayfront views

- Growler/Crowler Station in the lobby

“We have designed a destination venue that honors the compelling sense of place here on Siletz Bay—a location where guests will enjoy carefully crafted beer and food pairings while interacting with the stunning natural surroundings like the tides and driftwood beaches, ocean breezes and a boardwalk to enjoy it all,” said Jim Prinzing, CEO, Pelican Brewing Company. “The Siletz Bay location will boast a dramatic and modern, clean design that integrates the incredible beauty of this stretch of the coast and brings the outside in for a memorable dining experience.

"We want guests to consider the venue a place where they can grab a beer on the deck overlooking the bay, dine with the kids inside, or walk around enjoying the myriad amenities and views we have planned—it’s a setting that invites guests to move around and come and go as they please.”

Pelican, which is one of Oregon’s fastest growing craft breweries, brings new living wage jobs to this coastal town and welcomes applicants interested in joining their family-oriented culture. Applications are available here. Pelican has a Living Wage Policy to ensure employees are making a minimum of $15 per hour worked.

“We are honored that Pelican Brewing selected Lincoln City for their newest brewpub and we welcome them as a new attraction, an engine of economic development and a marketing partner,” said Ed Dreistadt, director, Explore Lincoln City. “We also can’t wait to experience the stunning view of Siletz Bay from their new location. Having such a well-established Oregon brand locate here is a big win for Lincoln City.”

Public will be invited to a Groundbreaking Celebration in the future

Pelican plans to host a Groundbreaking Celebration for its newest Siletz Bay location once all concerns regarding the Coronavirus and COVID-19 are mitigated.

“Our Groundbreaking event was previously scheduled for March 19 but will be postponed due to Coronavirus/Covid-19, as this would be a high traffic event. The public will be invited to the celebration in the future,” Prinzing said.

Pelican Brewing Company was born at the beach in 1996. Here, in front of a rundown old building at the water’s edge, stood three enthusiastic young folks whose thirst for great beer overshadowed their understanding of what it would take to build a brewery. They did it anyway.

Thanks to the vision of founding owners Jeff Schons, Mary Jones and brewmaster Darron Welch, Oregon’s only beachfront brewpub became one of the state’s most popular destinations. And now 24 years later, Pelican Brewing Company is an iconic beach brand and one of the most decorated craft breweries in Oregon.

Pelican brews are playful, but not frivolous. Brewed with purpose, passion and a deep respect for the craft.

Pelican operates brewing and brewpub facilities in Pacific City, Cannon Beach, and its state-of-the-craft brewery in Tillamook, Oregon where it brews 40,000 barrels of award-winning beer annually and distributes to six states. Pelican’s vision, its beer and values were born at the beach where the team wakes up each day in a place that reminds them that amazing is possible.

The police blotter relates the public record of incidents as reported by the Lincoln City Police. All individuals arrested or charged with a c…