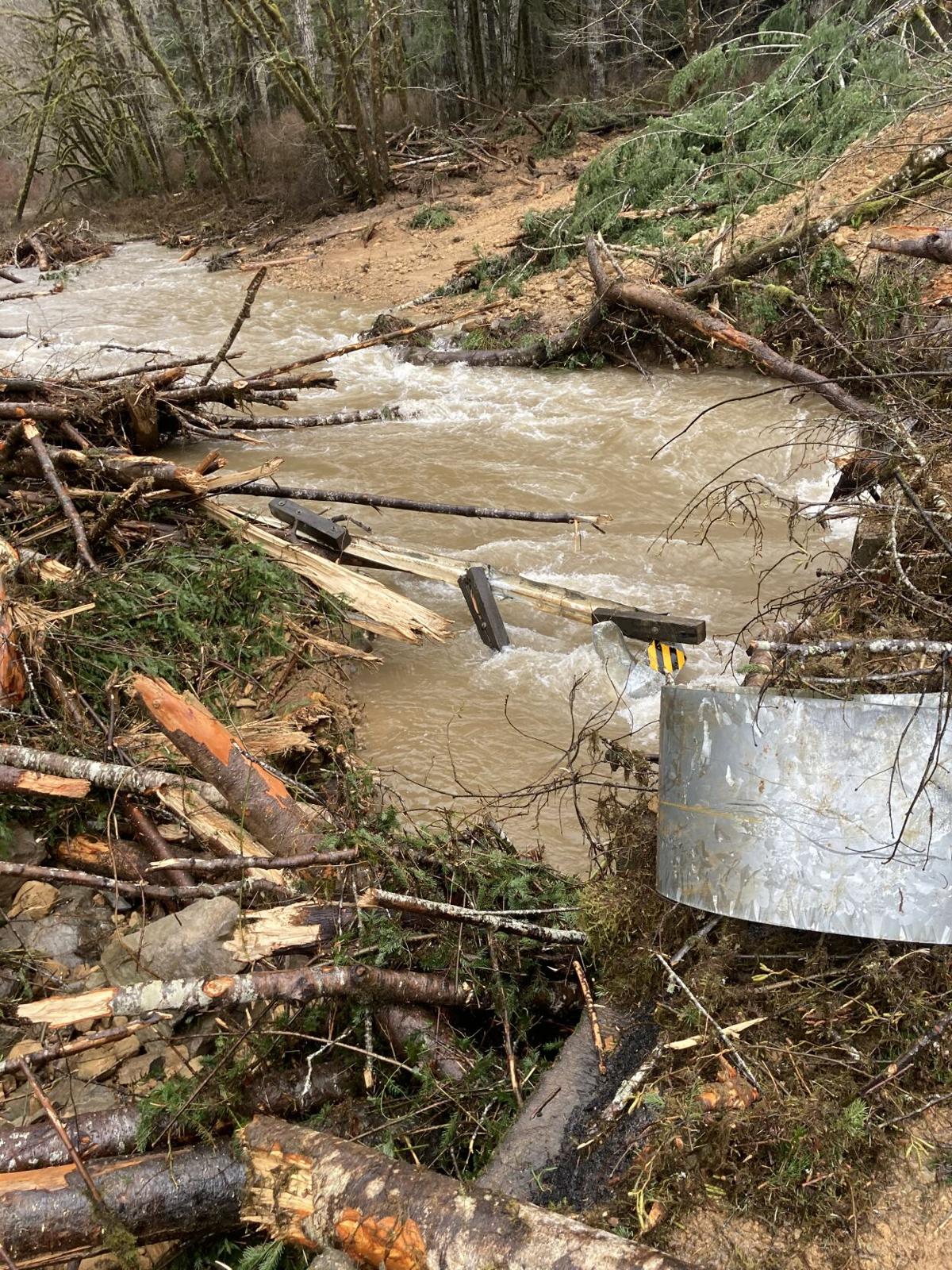 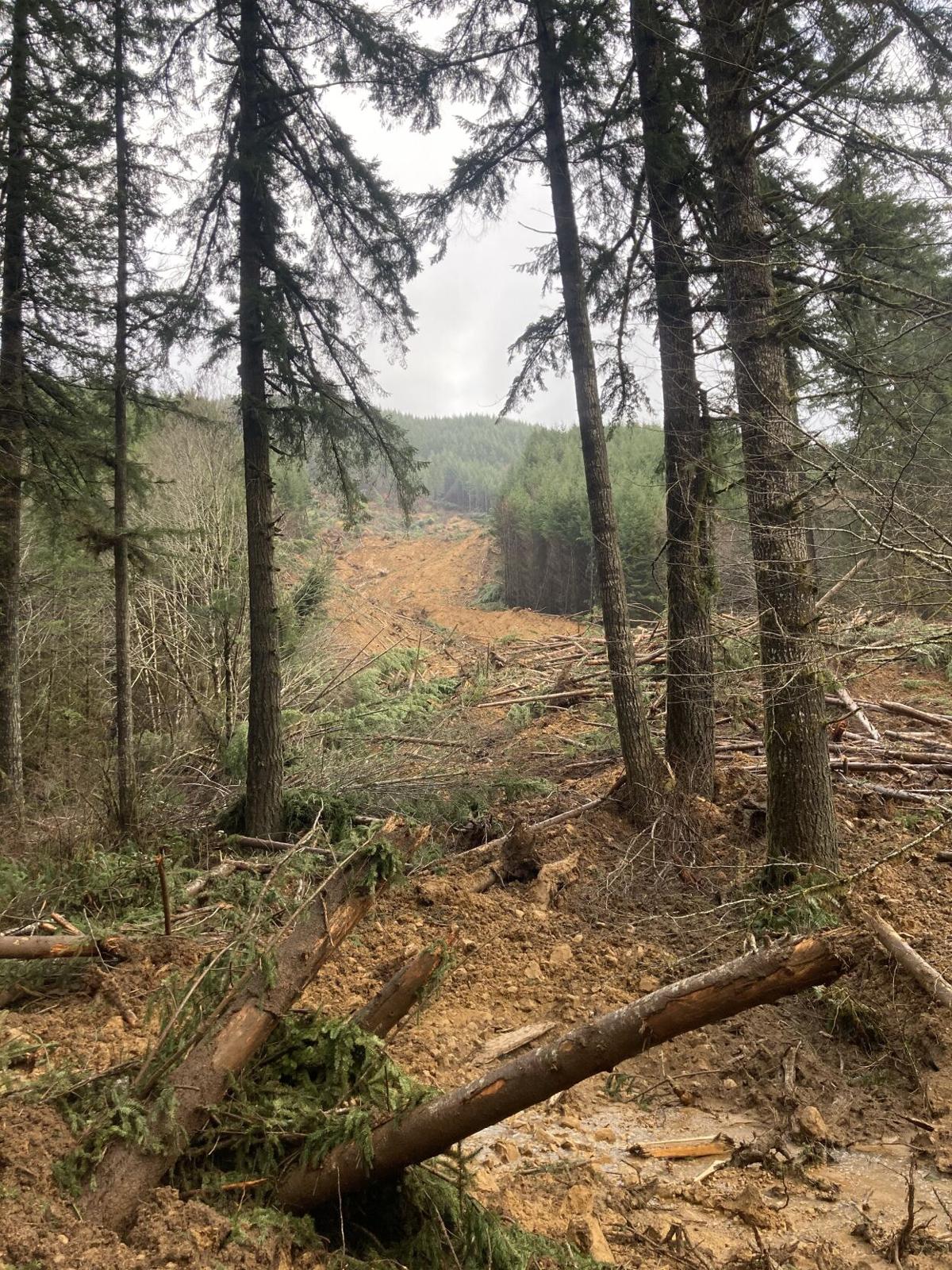 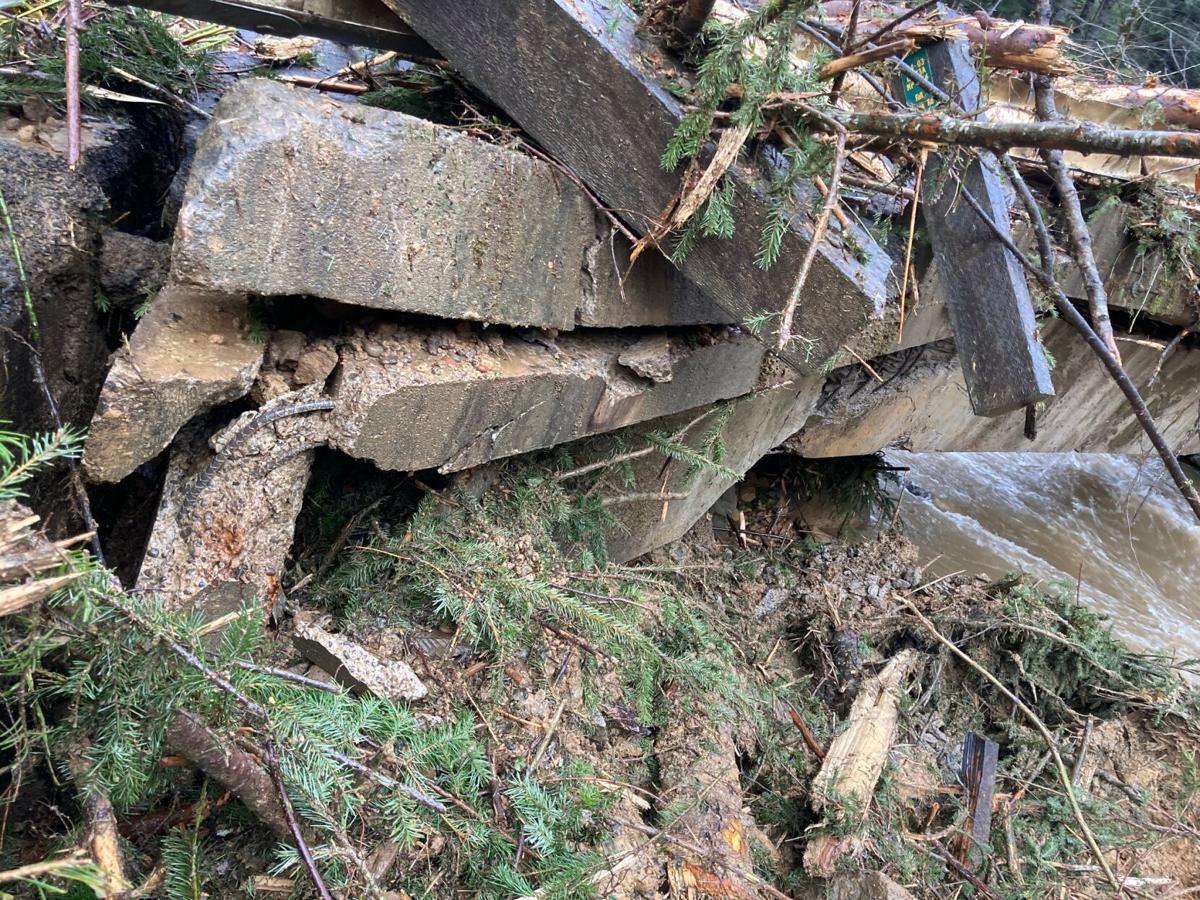 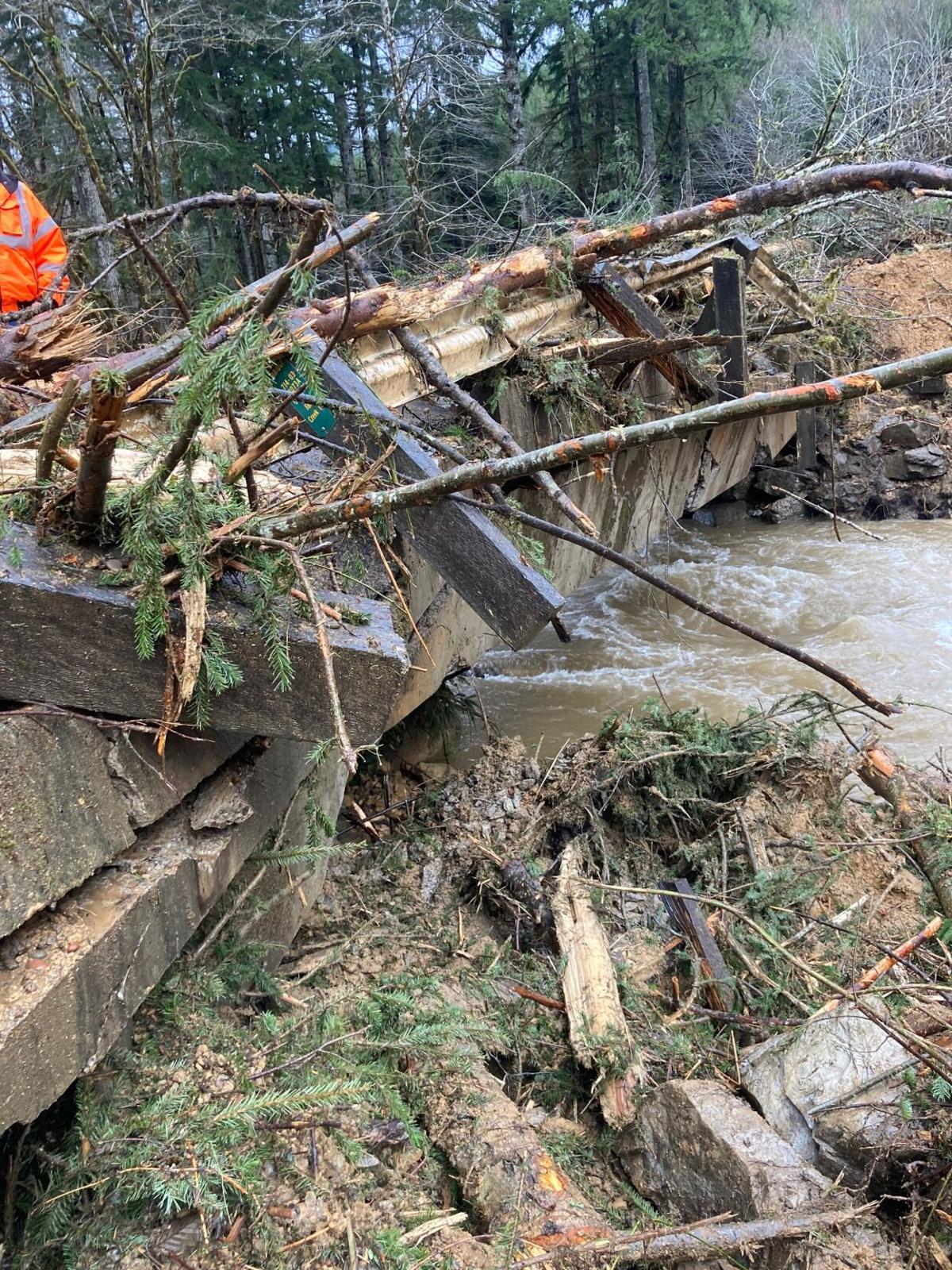 The area involved was already known to Lincoln County Sheriff’s Office and Lincoln County Public Works Department as a potential slide vulnerability. Several state, local and private agencies met over the past two years when the area first began showing movements or slide activity. The agencies met to develop an emergency response protocol to coordinate notification of a potential slide, communication to public safety agencies and to the potentially affected residents downstream from the slide area.

The area of the slide is owned by Weyerhaeuser with the Lincoln County road, Fall Creek Road, directly below and leading up to the slide. The slide is approximately 3.5 miles from the residential area and the Hwy 34 junction.

Upon notification of the slide on Sunday evening, Lincoln County Sheriff’s Office made a recommendation, to the pre-identified residents (North of Hwy 34 on Fall Creek Road) downstream of the slide area, to evacuate their homes and hatchery until a full assessment could be conducted the next morning. 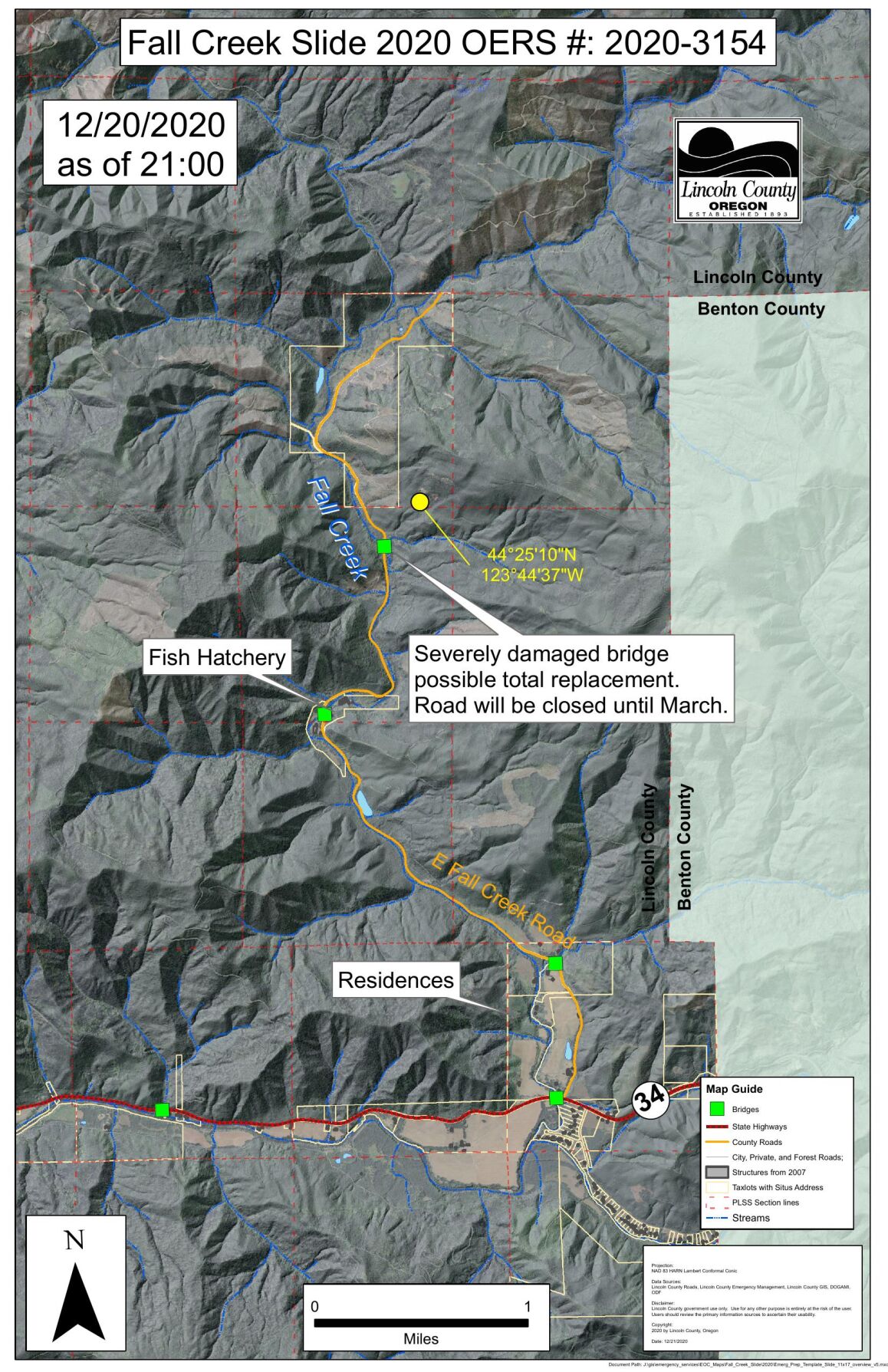 The American Red Cross was activated to aid those household members who required hotel housing for the night.

Lincoln County Public Works and Oregon Department of Forestry conducted a preliminary assessment of the area Monday morning and concluded that a significant amount of the known slide area did in fact give way, leaving a portion of the slope which appears to be vulnerable to future movement.

Lincoln County Sheriff’s Office and Public Works agreed after the assessment that residents could return to their homes Monday afternoon and that notification protocols would remain in effect due to the continued vulnerability of slides in the affected area. The continued concern of debris flow from the unknown volume and/or strength of the slide effecting homes downstream from the slide is also being assessed and monitored. There has been no damage from debris to any of the residential areas downstream to date but considerable damage was identified to a county bridge near the base of the slide on Fall Creek Road.

The bridge located at mile post 3.5 sustained major damage from the slide and it is unknown whether the bridge is a total loss or can be repaired at this time. Determination will be made in the coming months. The estimated value or full bridge replacement could be as much as $1 million dollars.

Fall Creek Road will remain closed at milepost 2.5 just past the hatchery until further notice.

Lincoln County Public Works will continue to evaluate the area for changing conditions until the road is fully restored.

Lincoln County Sheriff’s Office would like to extend their appreciation to the personnel at the Oregon Department of Fish and Wildfire Hatchery for initiating the notification process, Willamette Valley Communications Systems for implementing their agency emergency response notification process and to the American Red Cross for assisting their community members with temporary lodging while evacuated.