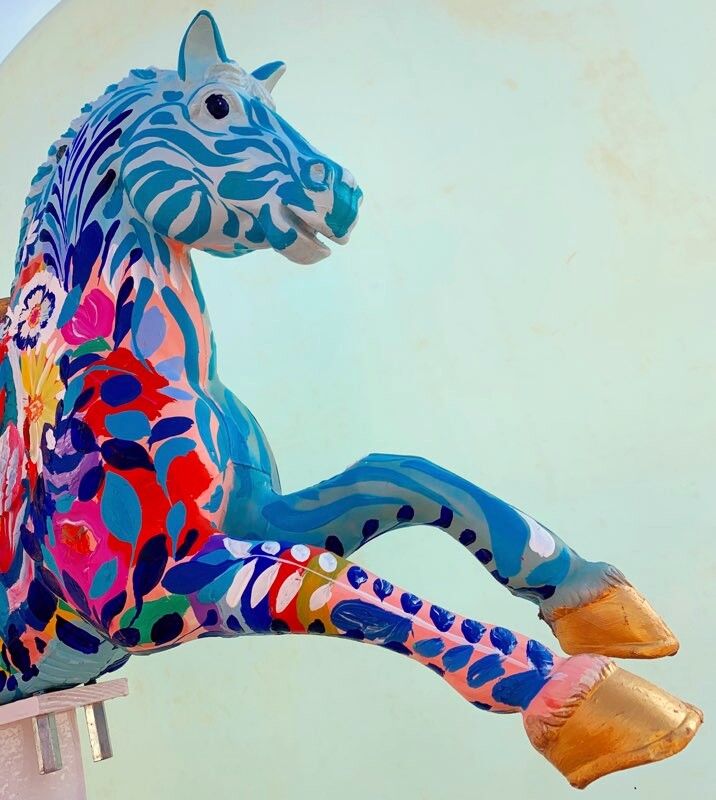 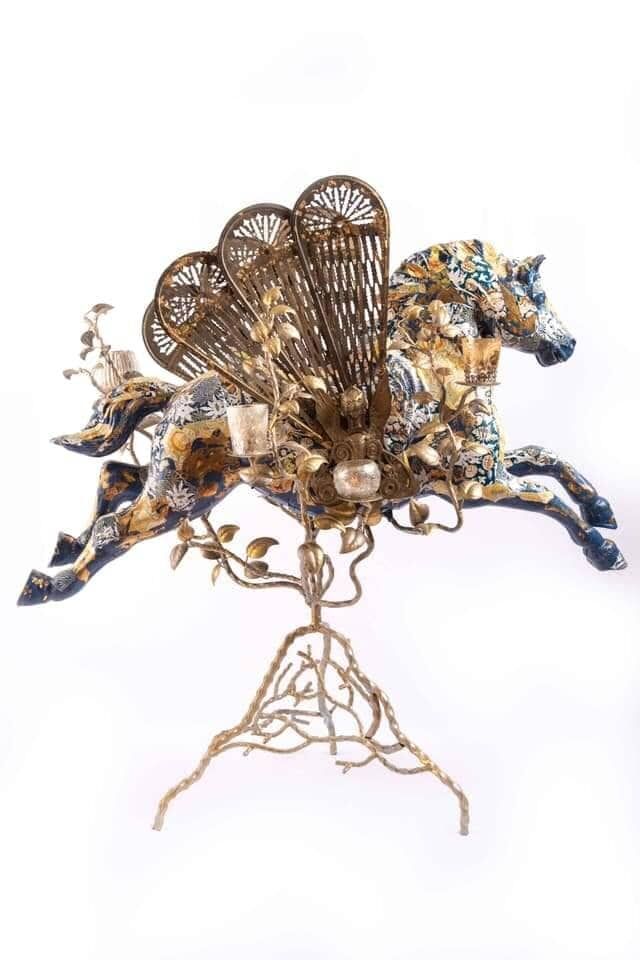 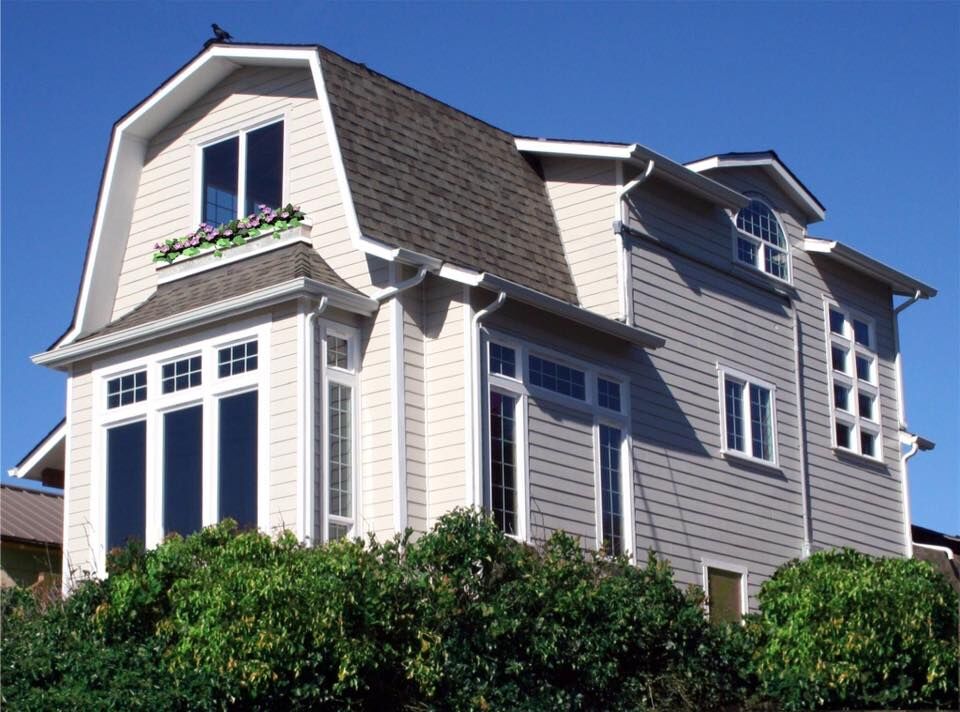 It is called the ‘Pony up! Quarter Horse Project using 30 former mechanical ponies and 30 artists designed to inspire and to heal.

“My husband John and I founded the Wade J. Woodmark foundation in honor of our son Wade who was accidentally shot and killed,” Woodmark said. “It was our way of taking an indescribable tragic loss and turning it in to way to help other families who have lost a child. While keeping our sons memory alive.”

The News Guard: Who came up with this project, why, when was it launched and when is it expected to end?

Talley Woodmark: The Pony Up! Quarter Horse Project was launched in early 2019 when the first pony galloped off to Mission Viejo, California. It became an art project for the Wade J. Woodmark Foundation and the Silver Heron Gallery when I started handing out ponies to artists visiting the gallery. This came after years of listening to the ponies speaking to me from a high shelf in a family storage facility for many years, begging me to free them from their dark, dusty existence, and make them beautiful once again. I had met the ponies 30 years earlier when her then husband-to-be first introduced me to them on our fifth date. Up until that time, they had been “working horses” as part of a string of mechanical pony rides owned by John Woodmark.

The News Guard: Briefly give us the history of where the ponies had been and where they are now being “creatively reinvented.”

Woodmark: The 34 ponies had been residing in a storage facility behind the Silver Heron Gallery in Depoe Bay for the past 30 years prior to the beginning of the project. Some of the ponies were in perfect condition; howe

ver, some were ponies which had been damaged by extensive use. All had performed past service as part of mechanical kiddie rides in front of grocery stores and in malls during the 1970’s and ‘80’s. The Pony Up! ponies have been distributed across the four corners of the U.S., and to Canada, England, and Australia.

The News Guard: Give us the range of the artists who are “reinventing” the ponies and the artists’ locations.

Woodmark: Artists on the project come from both near and far. They include a native daughter of Depoe Bay, Sal Strom, whose mixed-media pony JaxAl Wade honors three local sons who were taken too soon. There are four different Newport artists, including from painter-muralist Leighton Blackwell, to jewelry-designer Amy Pattison, sculptor and painter Teresa Teel, and pen and ink and tattoo artist, Kim Tune. Collage artists Shelli Walters of Bend, and Susan Schenk of Wilsonville, multi-media artist EA Kennedy of Portland, and vineyard painter Shannon Ray of Sheridan round out the Oregon complement of artists, along with a “triptych” pony being created by Talley Woodmark, Jenn Graham, and Margaret Boone.

California artists include painter Lee Munsell, whose pony was the first one in the project, painter/pastel artist Cathy Locke, painter Georgeana Ireland, and analog collagist David Krovblit. Native American bead and paint artist Todd Bordeaux resides on the White River Reservation in South Dakota. A fully beaded pony has been completed by Jan Huling of New Jersey, while shell artist Rita Felts’ pony made the long journey to Depoe Bay from the Florida Keys. A pony was created by Christian painter Starla Michelle and renowned painter Bob Coonts sent his from Colorado. There are actually two Missouri ponies: fantasy artist Douglas McCauley has created a steampunk motorcycle pony, and a prima ballerina unicorn was executed by the costume department of the Kansas City Ballet.

World-renowned painter Ernestine Tahedl of Ontario, Canada, is hard at work on her pony.  The identities of the artists in England and Australia are being held as a surprise to be revealed at the time of auction.

The News Guard: When is the auction and what price ranges would we expect for the ponies?

Woodmark: The auction will begin in March of 2022 when all the ponies have returned to the Silver Heron Gallery stable.  Bids will begin at $800; there are no reserves, however, prices are expected to reach the 5-figure range in many cases.

The News Guard: How do folks get engaged with the auction and this project?

Woodmark: Interested parties can preview the finished ponies and other artwork by our pony artists on our Pony Up Quarter Horse Project Facebook page. Rotating ponies may be viewed in person by visiting the Silver Heron Gallery, Blue Heron Gallery, Purple Starfish Gift Boutique and/or Columbia Bank in Depoe Bay, Umpqua Bank in Newport, the Bridgewater Bistro in Astoria, Newberg Ford in Newberg, all in Oregon, and at Wildcraft Apothecary on Bainbridge Island in Washington state.  A website for the project is currently under construction and will be launching soon.

There is a limited-edition coffee table book about the project being produced by Branching Out Publishing, which includes the complete story of Talley’s journey with the ponies, along with photos of all the finished ponies, the artists, and other examples of their work, provided by famed Pacific Northwest photographer Colin M. Park. The book provides the story behind the creation of each of the reinvented ponies. Copies of the finished book may be reserved prior to publication by contacting the Silver Heron Gallery at 541-765-2886, or by emailing Talley@SilverHeronGallery.com. There is also a six-part children’s book series entitled Phoebe’s Eco-Friendly Travel Adventures being produced which follows the exploits of one of the former mechanical ponies, Phoebe, as she journeys throughout parts of Oregon and Washington states.

The News Guard: Specifically, what will the funds raised through the auction be used for at Wade’s House?

The News Guard: Without compromising the sensitivity of the home, could you tell us where on the Oregon Coast Wade’s House is and what services available at the house that help in the healing process?

Woodmark: Wade’s House is located in Depoe Bay overlooking the world’s smallest navigable harbor and the Pacific coastline. The house is intended as a retreat from the stressors following the traumatic loss of a child or loved one. It provides a secure, protected respite to those who stay under its roof; the Wade J. Woodmark Foundation also provides meals, entertainment, and, if necessary, transportation to/from the location. Counseling is available, if needed.