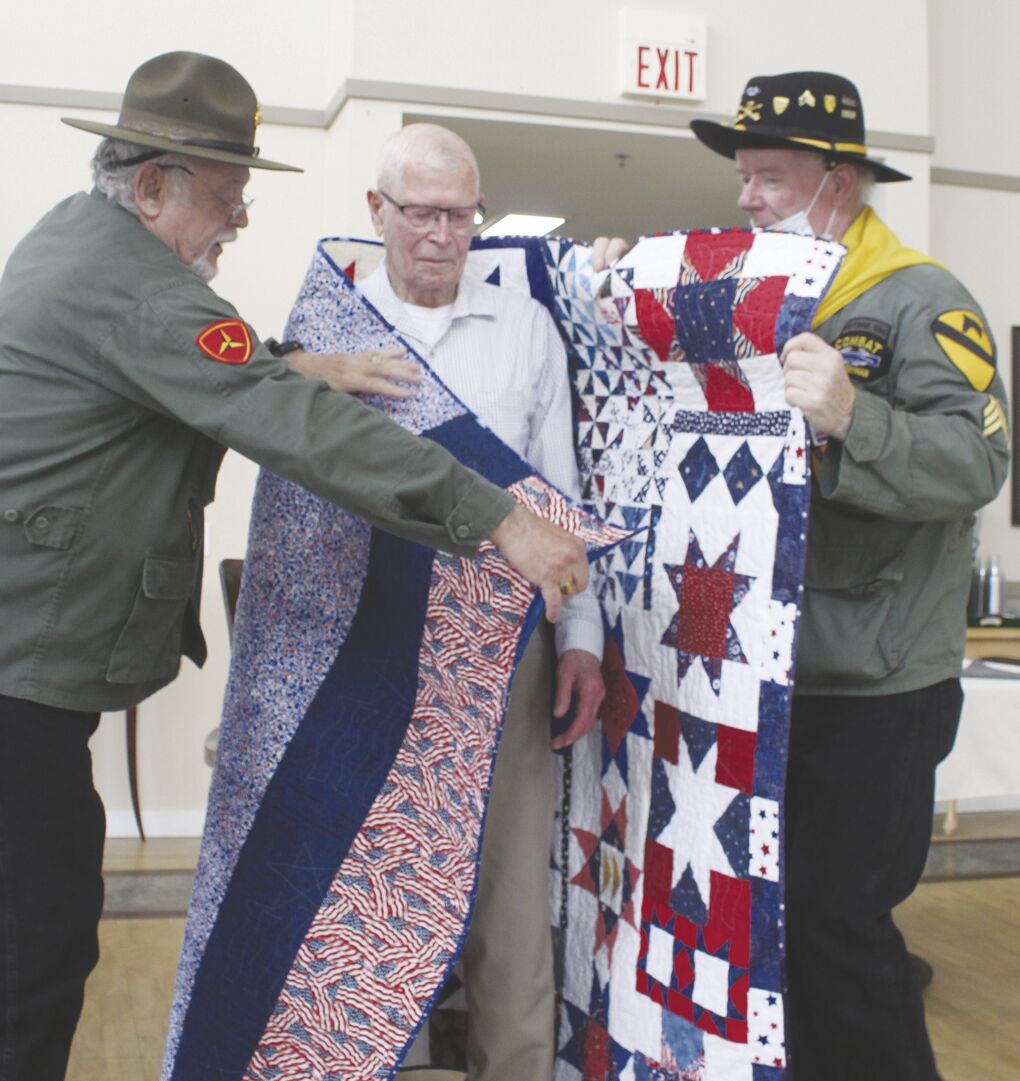 Volunteers and veterans Jerry Morgan and Gary Dulley wrap quilt recipient Frank Royston in a quilt handmade for him. 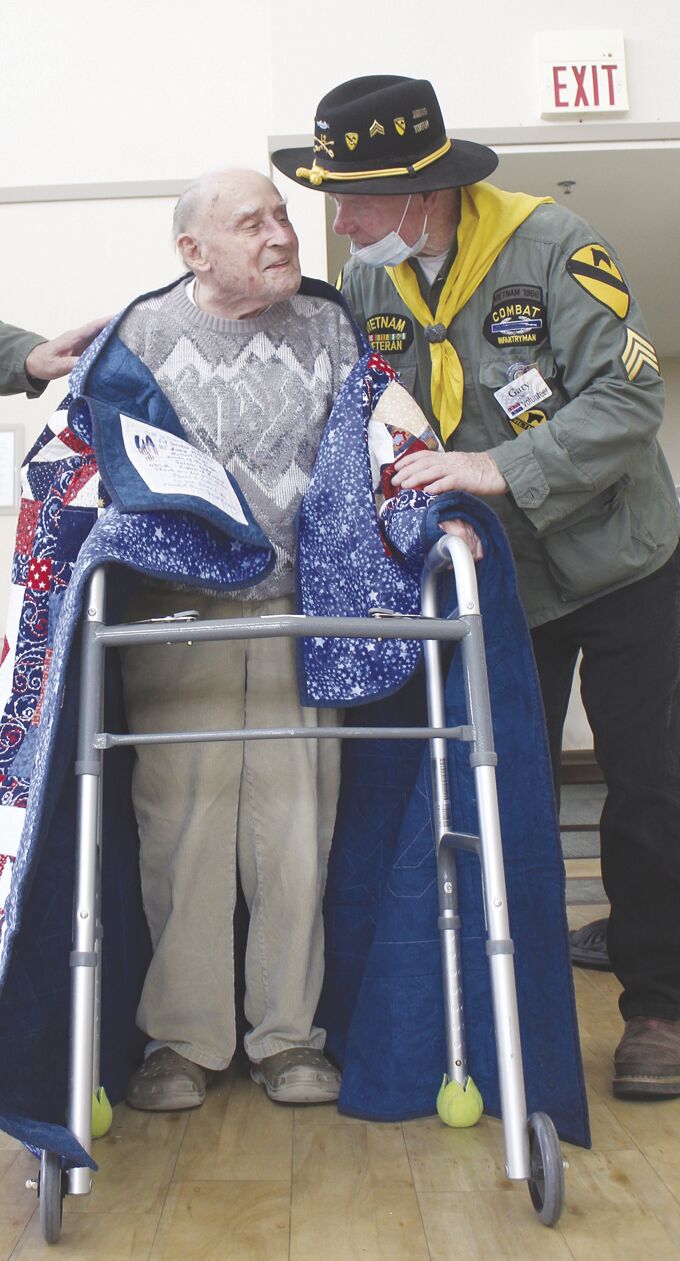 Stanley Kekule thanks Dulley for the gift. Quilts were awarded by the Quilts of Valor Foundation.

Volunteers and veterans Jerry Morgan and Gary Dulley wrap quilt recipient Frank Royston in a quilt handmade for him.

Stanley Kekule thanks Dulley for the gift. Quilts were awarded by the Quilts of Valor Foundation.

With family and friends attending in support, two residents of Hillside Place in Lincoln City were awarded “Quilts of Valor” on July 7. Both Frank Royston and Stanley Kekule were nominated to receive a quilt from the Quilts of Valor Foundation.

Royston served in the US Navy from 1951 to 1955 on the USS Point Cruz. During his time on the carrier, the crew rescued an abandoned baby in Korea which was the inspiration for the 1997 movie, A Thousand Men and a Baby. Royston had authorization to go anywhere on the ship and said he would visit and hold the baby.

Retired Army veteran Kekule was one of three American soldiers who received France’s highest honor, Knight in the National Order of the Legion of Honour, which is  for US soldiers who fought between October 1943 and May 1945. He served in the Army Medical Corps from 1939 to 1962. At 102 years old, Kekule recently moved to Lincoln City.

Volunteers and veterans Jerry Morgan and Gary Dulley came from Eugene to present the quilts. Quilts of Valor provides handmade quilts to service members or veterans touched by war. More information about Quilts of Valor can be found online at qovf.org, which includes guidance on making and donating a quilt for one of the many who have been nominated but are awaiting their quilt award.