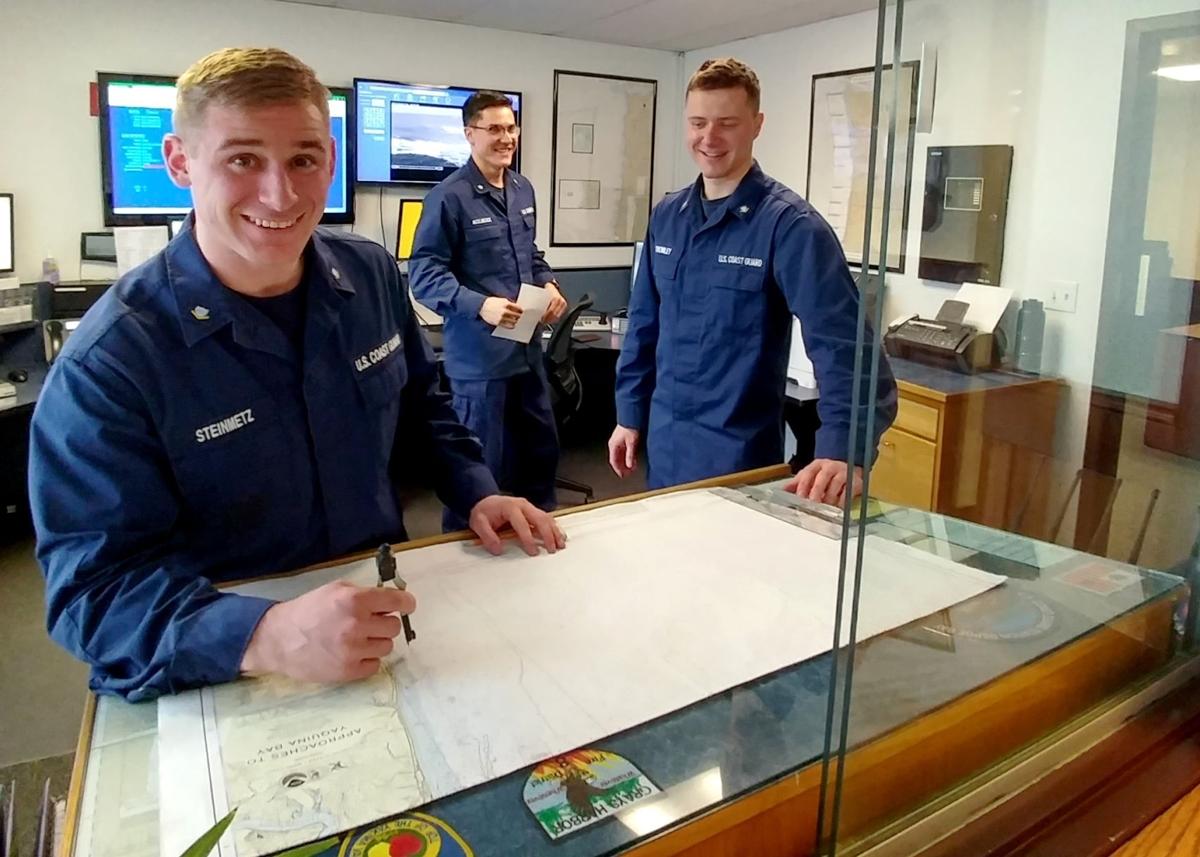 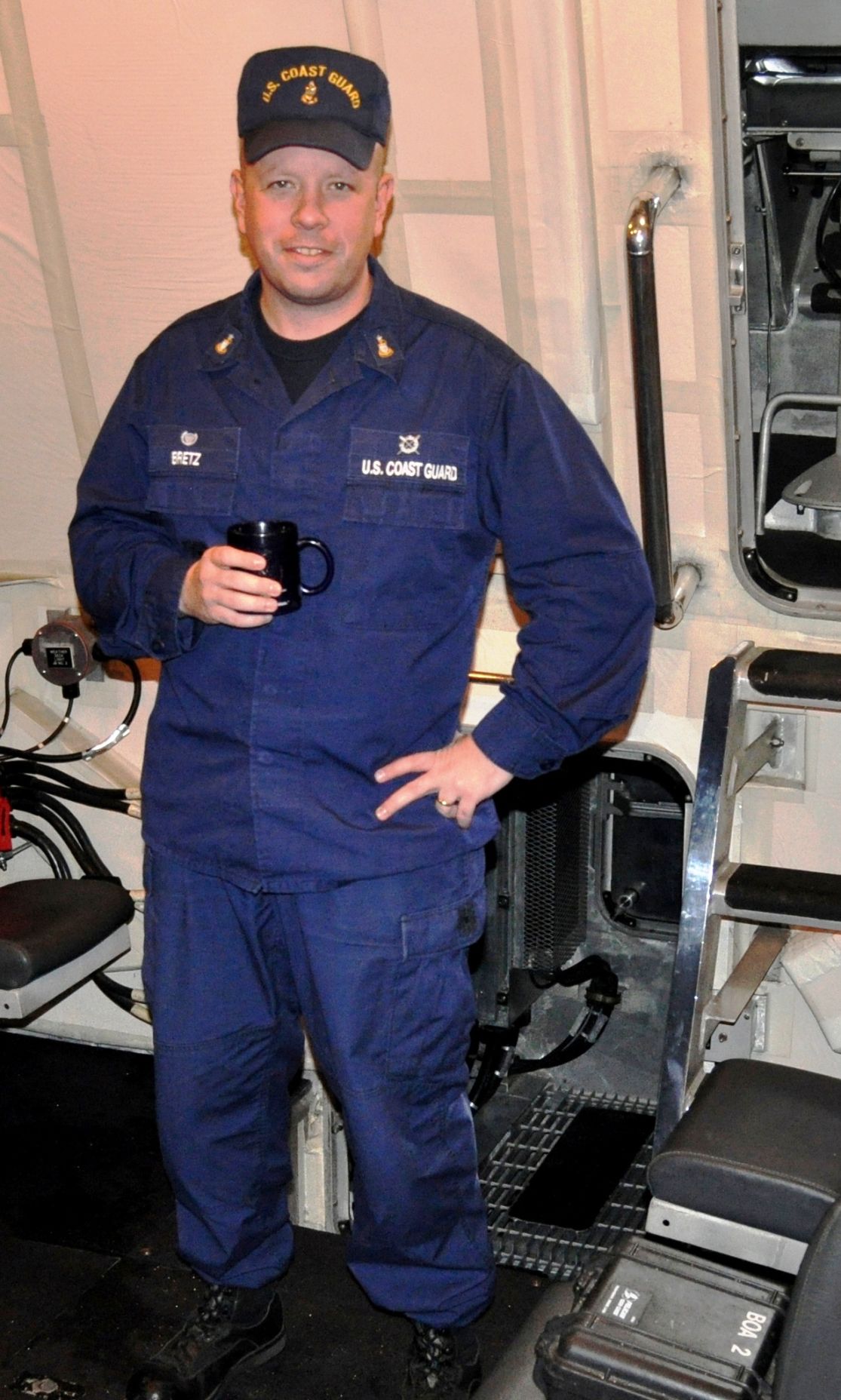 The crews are young, but their training is based upon over 227 years of experience. 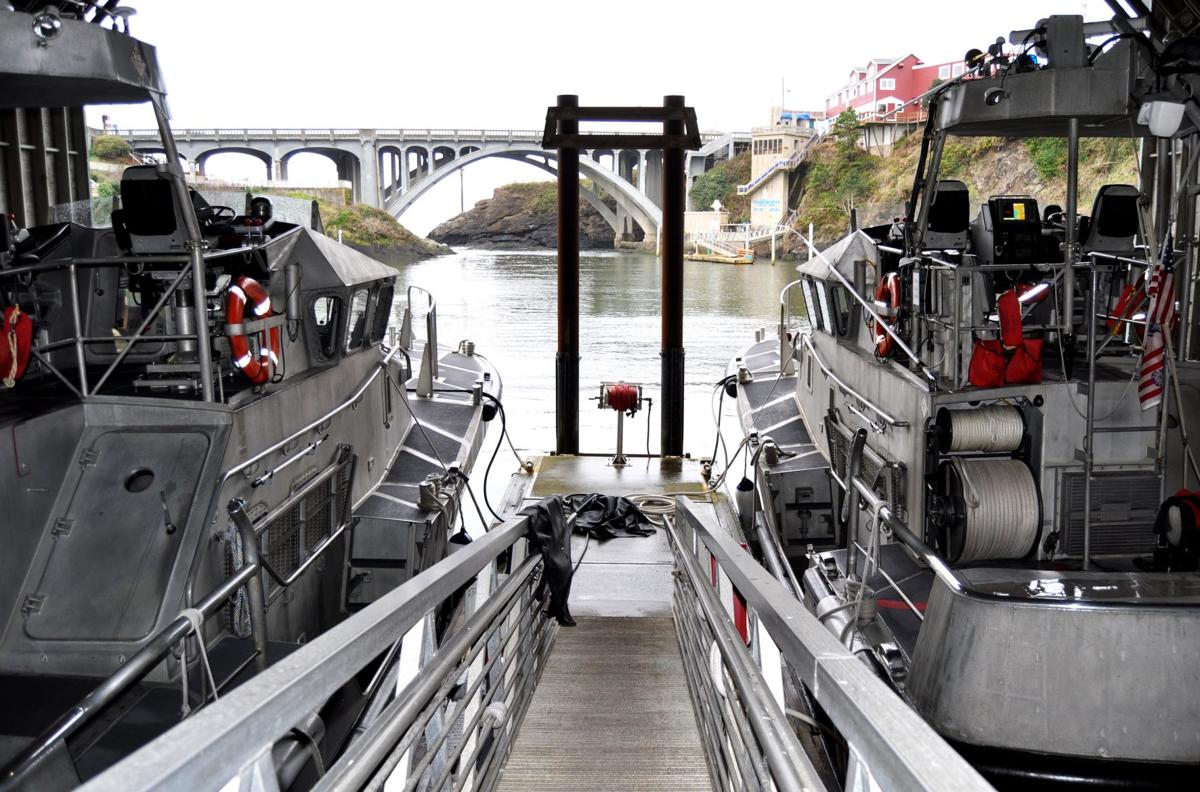 Depoe Bay Motor Lifeboat Station once was located where the Spouting Horn is now.

The crews are young, but their training is based upon over 227 years of experience.

Depoe Bay Motor Lifeboat Station once was located where the Spouting Horn is now.

Just about every type of Coast Guard mission has been fulfilled at one time by stations on our Oregon Coast. The harbors in which they are based are different, as are the coastlines and the types of maritime traffic that they serve.  These differences determine the best use of each station.

Our Depoe Bay Coast Guard Station, established in 1940, is focused on saving lives. They respond to an average of 60 distress calls each year. Over the last 77 years of its existence, Station Depoe Bay has had a myriad of different craft at their disposal for this purpose, which has been used for many different rescues and patrols.

The earlier boats allowed access to shallower areas, such as Siletz Bay, and allowed much more leeway in the use by the operators. However, the safer and more efficient way to run the service is to use one type of craft that is best-suited for life-saving in each area that all crew members are trained to operate.

If a boat has not been performance rated for wave height or wind speed, there is little to gauge whether the boat will withstand the punishment that the people who rely upon it require, other than personal experience.  Since crews in the Coast Guard rarely are stationed at one place for longer than four years, the training that is received will not serve if that important learning process must begin again with each set of orders.

Two 47-foot motor lifeboats have replaced all those different boats, the second one having arrived in 2007. Although the peacetime mission of our station has not changed, the way that it is carried out has.

The Coast Guard is now under the umbrella of the Department of Homeland Security. It’s the only branch of the US Military that is structured so that everything that the Coast Guard needs or does – from procurement of materiel to orders must be approved through an extremely intricate parent bureaucracy.

The co-ordination of departments is so vital and complex a duty that the Sailor of the Quarter award was given most recently to SK2 James Walsh for his work in effectively procuring the items needed by the Station, within the rules of that system.

Although Depoe Bay has the nickname of World’s Smallest Harbor, it supports the largest charter boat fleet in all of Oregon and Washington. Commercial fishing is a significant part of the harbor activity and in the summer, there are many private boaters as well.

The harbor is unique for several reasons. It is not located at the mouth of a river, as are most of the other harbors in this area; The harbor mouth is exceptionally narrow, and it is very sheltered once you’re inside the harbor. Sometimes it is safer than other harbors and sometimes it isn’t.

Heavy runoff that closes other harbors and renders rescue by boat impossible during extreme weather conditions, does not close Depoe Bay.  An example of the need for the Depoe Bay Station that is based upon the unique harbor happened last March.  Heavy runoff caused by winter storms was sending debris down the rivers.

Because of these harbor conditions, the station at Yaquina Bay could not get out to help F/V Ms. Nicani, which was hit by a rogue wave during the storm, blowing out windows and damaging the boat. Depoe Bay’s two motor lifeboats answered the 2 a.m. distress call and took the fishing vessel under tow, rendering assistance and staying with the boat and crew with 16 to 20 foot seas and winds blowing 17 to 23 miles per hour.  They kept the vessel safe in tow until the Yaquina Bay bar was passable again.

Contrary to what I would have assumed, higher tide is not necessarily a help to passing through the entrance. Due to the reef-like configuration of outer rocks, higher water causes the natural surf barrier to no longer hold back breakers. This effectively allows ocean waves to move the boats to the side as they travel through the 50-foot channel. Given that the Coast Guard boats are 18-feet wide, this presents a serious navigational problem!

The boats wait for an average of 10 minutes watching the surf roll in and gauging the right time to go in, as if they were entering the bay through a hole in the reef of a South Pacific atoll. This makes towing vessels into the harbor a dangerous affair for anyone not trained to do it.

The Coast Guard trains in motor lifeboat search and rescue operations off Beverly Beach.  Each member of the crew of 19 stationed at Depoe Bay is trained to operate his or her station.  All of them are continually given intensive training in all aspects of maritime actions and life-saving in a classroom setting, in the station, in the harbor and on the open ocean.

What to remember when you think of our Coast Guard at Depoe Bay? The crews are young, but their training is based upon over 227 years of experience. They don’t act as the result of personal ego or any enforcement quota directive. Their sole mission is to keep you and those you love safe on the water.

Except for Sr. Chief Petty Officer Aaron Bretz, officer in charge, who will be retiring this summer, the crews are mostly made up of personnel from the much-maligned “millennial” generation.  This young crew is an example of how incorrect a negative stereotype can be.

The Coast Guard personnel who gave me their time last week are hard working, friendly, committed, selfless and modest. They put others safety before their own. They train daily so that when we need assistance, they can provide it.

History enthusiasts should not miss the now-closed Port Orford station, established in 1934. Currently operated as a Maritime Museum, the old station is dedicated to telling the stories of the lifesaving surf-rescue boats, their crews and the earlier Coast Guard station practices, including those of Depoe Bay.

Do you think the city should solicit donations or sponsorships for dog parks?

What’s Going Down in Tiger Town?

Cleanup: Project invites all to volunteer

What’s Going Down in Tiger Town?

Cleanup: Project invites all to volunteer