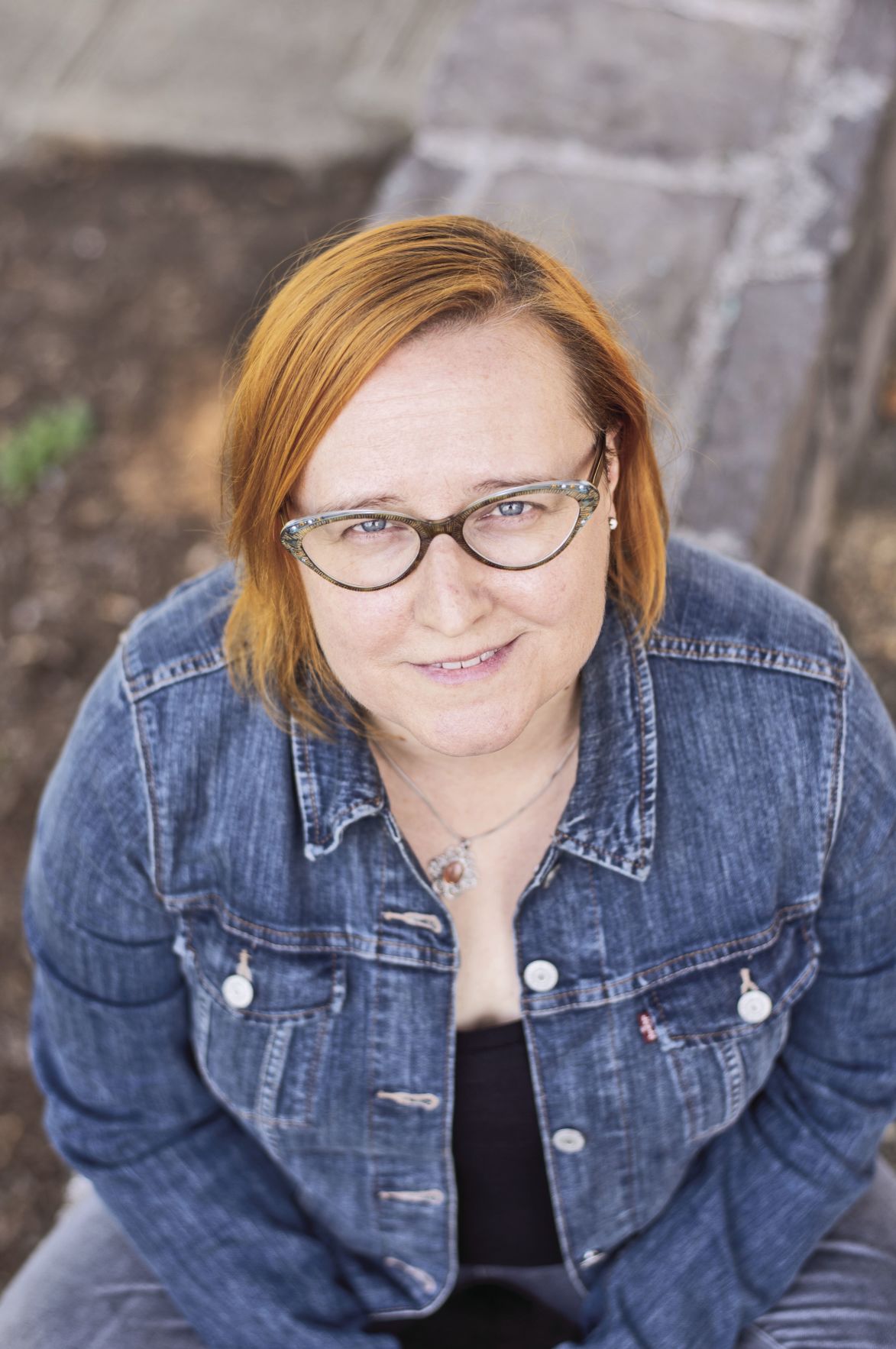 The 2019 edition of The Last To Die was on “This Year’s Top YA” tables in Barnes & Noble nationwide last holiday season.

The 2019 edition of The Last To Die was on “This Year’s Top YA” tables in Barnes & Noble nationwide last holiday season.

The good news just keeps coming for former Taft graduate Kelly Garrett, who just inked a new book deal and was named a recipient of the Oregon Literary Fellowships.

As a student at Taft, Garrett attended the Oregon Writing Festival, which is filled with writing workshops and talks led by local professional writers. Her interest in writing grew from there and after graduating from Pacific University, she debuted her first novel ‘The Last To Die,’ in 2018, which was an Oregon Book award finalist and was reissued by Sourcebooks Fire in November 2019.

The Oregon Literary Arts received 357 applications from writers and 17 applications from publishers for the 2020 fellowships. All full-time residents of Oregon are eligible. Emerging and established writers are encouraged to apply free of charge. Applicants fill out an application with a few simple questions about their writing background and process and goals. Then they choose a category from poetry, fiction, nonfiction, drama, young readers (e.g., children’s literature) or publisher, as local publishing companies are also eligible to win fellowships.

The crucial part of the application is the writing sample, according to Garrett.

“In my case, I sent an excerpt of a Young Adult work-in-progress set in a town on the Oregon Coast,” Garrett said. “Out of state judges, then review the applications and select the winners.”

Among this year’s winners was Garrett, who received $3,500 to help initiate, develop and complete literary projects in the future.

“It’s hard to describe how much I appreciate receiving the Edna L. Holmes Fellowship in Young Readers,” she said. “Writing can be a long, slow, solo process and getting an acknowledgment of the work—not to mention support—is always welcome.”

Garrett said she is currently researching the best ways to invest this grant back into her career. In the meantime, she recently signed a three-book deal with Kensington Books in New York to publish her first mystery for adults.

“My agent sent out my manuscript to editors at publishing houses he thought would be a good fit,” Garrett said. “After a few stressful months, we accepted an offer and signed a contract!”

Her first of three books is set to release in April 2021 and is titled ‘Grounds For Murder.’ The follow-ups will make up her series titled ‘Ground Rules.’

Grounds For Murder is a mystery set in a Portland, Ore. food cart pod. When Sage opens a new coffee cart, she hopes to open a brick-and-mortar shop eventually. But when she finds the body of the developer of a new high-rise apartment building murdered next to her cart, she has to solve the case to save her business and herself.

After the success of her first book, Garrett is embracing a new storyline that brings along some new hurdles to overcome.

“Every time I write a book, I learn something new and, hopefully, improve as a writer,” she said. “Although, every novel seems to bring along its own set of challenges and growth opportunities.”

When she’s not working on her next book, Garrett is organizing literary related lecture series in Portland, where she now resides. Currently, she co-organizes the Friend of Mystery’s ‘Bloody Thursday’ lecture series in Portland. They offer a free lecture or discussion five times a year, and also give out the regional Spotted Owl award each year to a writer from the Pacific Northwest.

“It’s always been important to me to give back,” Garrett said. “Fellow writers helped me when I was just starting, and helping organize events has been one way I’ve been able to return the favor. Lecture series can be a fantastic way to meet fellow writers and also hear about what works from established writers.”

Garrett is also on the board of the NW Chapter of the Mystery Writers of America. In addition to being responsible for member outreach, she organizes free events for local mystery writers.

In the past, she has volunteered with other organizations. She co-founded and ran a professional series for children’s literature writers and illustrators for five years. She also led a distillery tour for attendees when Left Coast Crime had a conference in Portland. She’s helped organize several writing retreats in Portland and is constantly looking for ways to become involved.

Although she is living out her dream in Portland, Garrett is still proud of her Oregon Coast roots. She is also appreciative of the support from local businesses in Lincoln City.

“Bob’s Beach Books in Lincoln City has been a wonderful supporter of my books, and they have signed copies of The Last To Die in stock,” she said. “They’re a fantastic indie bookstore.”