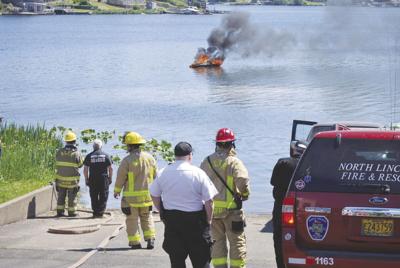 Even during the height of the COVID-19 pandemic, boaters from all over were flocking to the waterways. Now that the pandemic restrictions are lifted, the Oregon Marine Board is seeing a flood of recreationists on waterways throughout the state. Marine patrol officers said that is heightening conflicts and danger.

The News Guard: How many boating fatalities have their been in Oregon in the past two years?

Randy Henry: Oregon had 26 fatalities in 2020, and we have six so far this year.

The News Guard: What are the most common elements that lead to boating accidents and fatalities?

Henry: Life jackets would likely have saved 19 of last year’s drowning-related fatalities, so wearing a life jacket is your best bet for surviving a dunking incident. But life jackets don’t prevent accidents, they just help you survive them. The elements that lead to the majority of incidents is people operating above their skill or knowledge level. There were many novices last year that ended up in strong currents and simply capsized, or turned too quickly and were ejected from their boat.

If you’re using a small boat, you should dress with the expectation that you’ll end up in the water. A life jacket is part of that outfit, but if the water is cold, wear appropriate clothing, which may include a wet- or dry-suit, or at least synthetic materials that dry quickly.

One of last year’s toughest fatalities was a father and daughter using stand-up paddleboards on a river. They were well-outfitted with life jackets and wetsuits, but their ankle leashes became entangled in a downed tree.

We are working to educate SUPers to use ‘quick release’ leashes on moving waters to prevent such incidents.

SUP is Stand Up Paddle Board. It’s a growth area of recreational boating, and use of life jackets is relatively low. They’re fun, cheap, transportable, but they are still considered boats. We had three SUP fatalities last year.

Many SUPers use ‘ankle leashes’ so if they fall off, the board doesn’t get away from them. It’s a good idea in lakes and flat water, but not in moving water. The leash is a strong cord and the Velcro is very powerful.

The quick-release leashes often hook to a life jacket and have an easy-grab handle that releases it. When pinned in the water, the hydraulics make it impossible to bend your waist up to grab the ankle leash, but if it’s at the waist, it’s easier.

The News Guard: What are the most common areas where the boating accidents and fatalities occur?

Henry: Ten of the fatalities occurred on lakes, 10 on rivers, and six on bays or near the mouth of coastal rivers. Oregon has such a broad mix of waterways that this diversity is not uncommon.

What was uncommon last year was the high number of fatalities prior to July 4. Exactly half were in non-motorized boats, but most were in small boats.

Henry: The most common violations relate to vessel registration. Violations range from $115 to $265 depending what the problem is.

The most common operational violation is for life jackets. That fine is $115 for adults and $265 for children under 13.

This is the first year we are really citing for “no Waterway Access Permit” which is required for non-motorized boats over 10’ long, and that’s a $115 fine.

Other common violations include “slow no wake,” failure to maintain a look-out, motor prohibited, and reckless boating, all which carry a $265 fine.