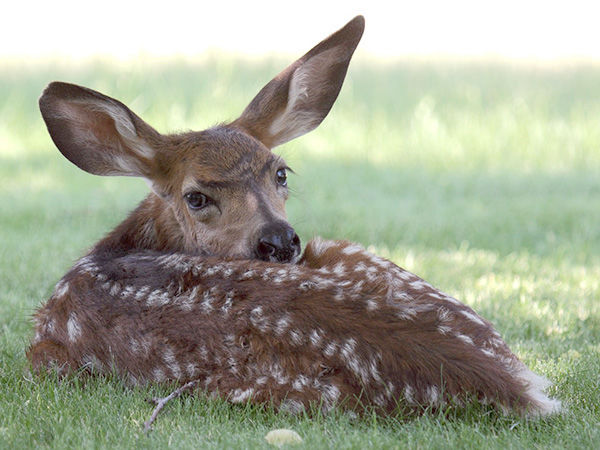 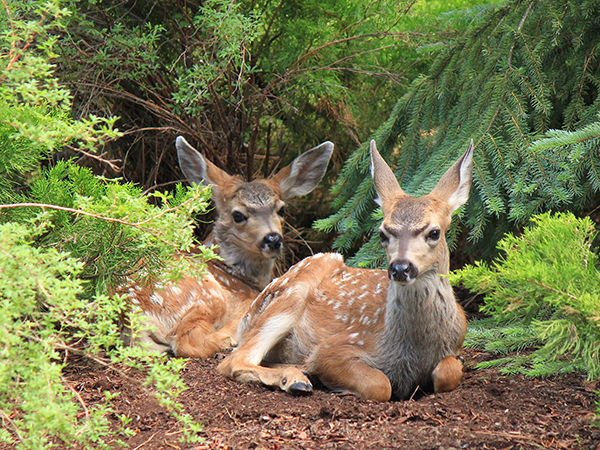 Oregonians are getting back outdoors just in time to encounter newborn fawns, elk calves and other young wildlife in the wild or even in their backyard. This is the time of year when deer fawns are born—and there is a chance you will come upon one that’s all alone.

Please don’t assume any young animal is orphaned just because it’s alone—and don’t pick it up. It’s natural for mother animals to leave their young alone for extended periods of time while they go off to feed. The mother will return when it’s safe to do so (when people, pets or predators aren’t around).

Unfortunately, every year around this time, ODFW offices and licensed wildlife rehabilitators are flooded with calls from people who picked up a deer fawn, elk calf, fledgling bird learning to fly, or other young animal they assumed was orphaned because it was alone. Wildlife rehabilitators are licensed and trained to care for truly orphaned or injured wildlife and return them to the wild, but spots in their facilities need to be saved for real cases—especially this year, as the coronavirus has led to more limited capacity at these facilities.

Animals taken away from their natural environment miss the chance to learn important survival skills from their parents like where to feed, what to eat, how to behave as part of a group and how to escape from predators. Usually this leads to a shortened life span for the animal—or a life in captivity.

Because of the damage it can do, removing or capturing an animal from the wild is a violation of state law (ORS 497.308 – No person shall remove from its natural habitat or acquire and hold in captivity any live wildlife in violation of the wildlife laws.) A woman in Union County found a red fox as a pup and took it in about a year ago. Wildlife managers learned of the incident, a warrant was served and the fox was turned over. The woman was criminally cited for Unlawful Take/Hold Wildlife: Red Fox, a class A Misdemeanor with a maximum penalty of $6,250 and/or one year in jail. The red fox is in good hands at Wildlife Safari, but will still live the rest of its life in captivity after losing the chance to learn survival skills from its mother in the wild where it belongs.

Follow these tips if you encounter young animals in the wild:

Never assume an animal is orphaned. Don’t remove it from the forest, including your backyard. Female deer and elk and other mammals will often leave their young temporarily for safety reasons or to feed elsewhere. They will return when it is safe to do so (when people, dogs, or predators are not present).

Call your local ODFW office, Oregon State Police office, or a local licensed wildlife rehabilitation center for advice and follow it when: 1) you see an animal that you know is orphaned because you observed the dead parent animal, or 2) the parent hasn’t returned after constant and discrete observation for a long time (up to a day), or 3) if the animal is clearly injured or in distress.

Keep your dog or cat away from young wildlife, especially in the spring.

Young marine mammals are also rarely orphaned and it is common to see them alone on the beach in early spring and summer. Marine mammals in distress should be reported to OSP’s hotline at 1-800-452-7888.

On Saturday, May 30, 2020 at approximately 1:33 P.M., Oregon State Police Troopers and emergency personnel responded to a two vehicle crash on…