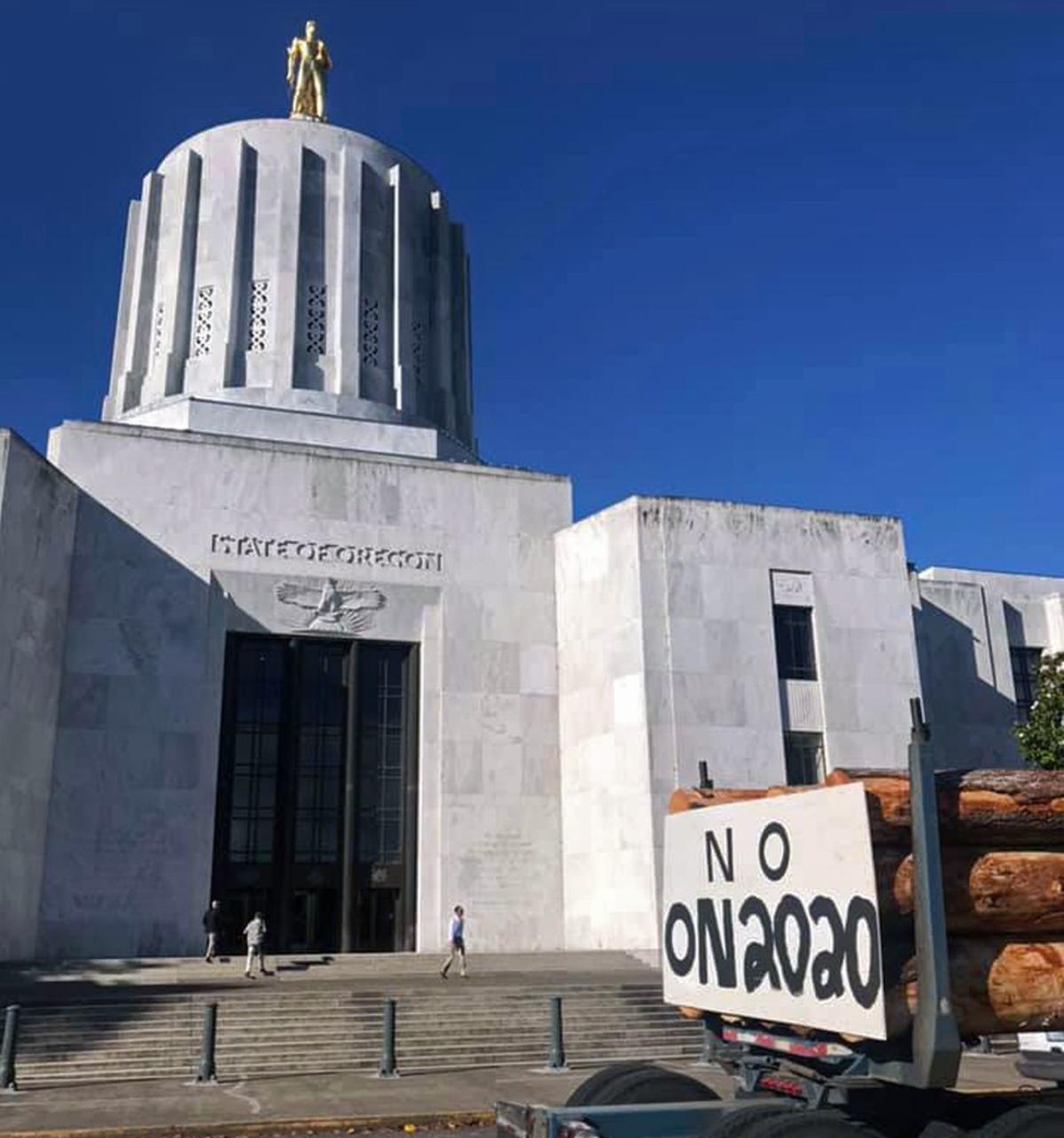 Opponents of House Bill 2020 say it would cost transportation companies and hike up the price at the pump with added taxes. This sparked a rally at the capitol as hundreds of truckers and loggers stood outside the Salem building. 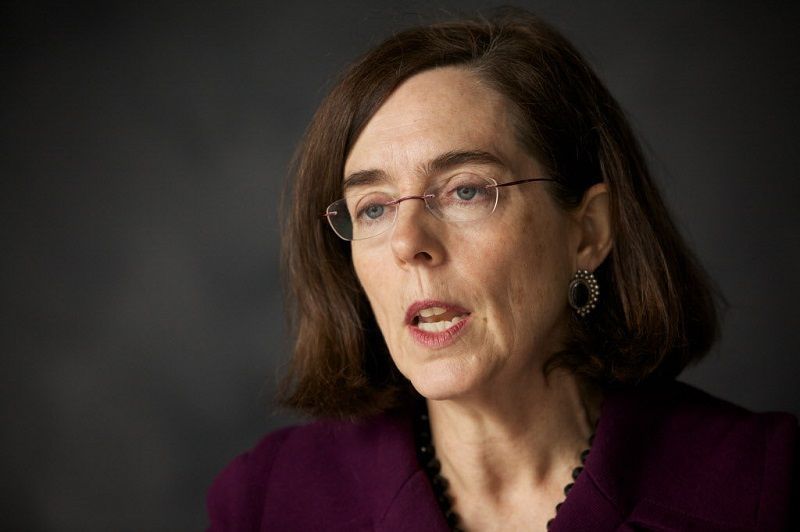 Opponents of House Bill 2020 say it would cost transportation companies and hike up the price at the pump with added taxes. This sparked a rally at the capitol as hundreds of truckers and loggers stood outside the Salem building.

Oregon’s House Bill 2020 regarding carbon reduction has sent the Capitol into a tailspin, resulting in an Oregon Republican walkout and subsequent roundup called for by Gov. Kate Brown.

The bill passed the Oregon House on Monday, June 17, and was scheduled to receive a vote in the Senate on Thursday, June 20. The schedule changed as Republicans walked out in order to deny Democrats the quorum needed to conduct business.

Senate Republican Leader Herman Baertschiger Jr., who represents a southwest Oregon district, said the goal is to allow Oregonians the opportunity to vote on the bill and that Brown “is only representing Portland and the environmental community, not rural Oregonians.”

“Protesting cap and trade by walking out represents our constituency and exactly how we should be doing our job,” Baertschiger said. “We have endured threats of arrest, fines and pulling community project funds from the Governor, Senate President and Majority Leader. We will not stand by and be bullied by the majority party any longer. Oregonians deserve better. It’s time for the majority party to consider all Oregonians – not just the ones in Portland.”

Senate Democrats requested the assistance of the Oregon State Police to bring back Senate Republicans to finish the work they have started on the legislation. Brown fulfilled that request Thursday.

“After many hours of well-intentioned, respectful negotiations on Wednesday, the Senate has come to an impasse,” Brown said. “The Senate Republicans have decided to abandon their duty to serve their constituents and walk out. It is absolutely unacceptable that the Senate Republicans would turn their back on their constituents who they are honor-bound to represent here in this building.”

Democratic State Rep. David Gomberg said his office has been working on House Bill 2020 since it was first introduced, aiming to mitigate the effect on coastal businesses in fields such as dairy, farming and fishing as well as the big mills often found near small towns. Gomberg represents the central coast region.

House Bill 2020, also known as the cap-and-trade bill, would place a cap on most of the state's greenhouse gas emissions. The Oregon House of Representatives passed the bill with some amendments and changes. The legislation proposes to limit carbon emissions by Oregon industries. Those who exceed carbon limits would be required to buy carbon credits, the revenue from which would be reinvested in so-called clean industries.

Those who oppose the bill say it would dramatically affect some of the state's rural communities and hurt businesses like timber companies. Opponents also say it would cost transportation companies and hike up the price at the pump with added taxes. This sparked a rally at the capitol as hundreds of truckers and loggers stood outside the Salem building.

“The bill as written said that money would particularly go to rural communities,” Gomberg said. “We changed the bill to say rural and coastal … we then suggested different types of coastal investments. It’s not just new energy like wave and wind and solar, it’s also things that are impacted by climate change like tide gates and dikes and levees, or our coastal road infrastructure, which is affected by landslides and other climate-generated changes.”

Gomberg said more changes to the bill are being proposed in the Oregon Senate. Despite a walkout by Senate Republicans that was spurred by House Bill 2020, he is hopeful they will return in a timely fashion to conduct the business at hand.

It’s the second time this year republican legislators have walked off the job in protest, reversing a pledge to not walk out during the remainder of the session. The previous walkout in May was a response to a business tax for public schools that was eventually signed into law.

Stressing the need to pass pending budgets and bills that he described as being of particular concern and consequence to Tillamook and Lincoln counties, Gomberg said he was anxious for the return of Senate Republicans so that business for the session could be concluded before anything is lost. He added that he hopes Democratic Gov. Kate Brown would be prepared to sign a bill approved by the House and Senate.

Speaking on the decision to deploy Oregon State Police troopers to force Senate Republicans’ return to the Capitol, Gomberg said he had seen other states go down that road, and that Oregon has been better than that. He’s concerned that Oregon will slip into the sort of divisiveness and short-term political maneuvering that he said has been avoided in the state.

“We’ve been able to overcome our differences; you win some, you re-file others, but you don’t shut down the system,” he said. “Oregon has been better than some of the other states where these confrontations boil over, and I don’t want to see us get to that place.”

Gomberg said most of the mail his office has received regarding House Bill 2020 was in support of the proposed bill. Responding to opposing concerns, he said the bill he voted on was a lot different from the bill that was introduced, saying the original would have received wider support. However, he also said if the bill clears the Senate, it would likely be better received by opponents than what he initially supported.

“They may not get to the point where they like it, but I expect they’ll like it a lot more,” Gomberg said.

The state legislature is scheduled to adjourn June 30.

A senate republican walkout sparked by a carbon tax bill could affect other pending legislation including Oregon's income tax credit.