On July 4, 2020 at approximately 1:49 PM the Lincoln County Sheriff's Office, Newport Police Department and Oregon State Police responded to a hit and run vehicle accident near the north end of the Yaquina Bay Bridge in Newport.

Multiple 911 calls were received reporting a maroon Chevrolet pickup had struck multiple vehicles in the area injuring two juveniles and one adult. As the event unfolded bystanders observed the driver of the suspect vehicle flee from Chevrolet pickup into dense foliage nearby.

Deputy Akin and his K9 partner Bonni deployed to assist Newport Police officers in locating the suspect. K9 Bonni successfully tracked, located and apprehended the suspect identified as Dylan A. Johnston, 26, of Toledo.

Johnston was transported to Samaritan Pacific Communities Hospital where he was treated for minor injuries sustained during the K9 apprehension.

Johnston was charged with two counts of Assault III, Hit and Run, Assault on a Public Safety Officer, Possession of a Concealed Weapon, and DUII. His bail was set at $330,000.

On Saturday, July 4th, 2020 at about 9:33 PM, Lincoln City Police were dispatched to the ocean beach area in front of the Inn at Spanish Head … 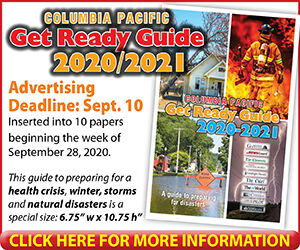