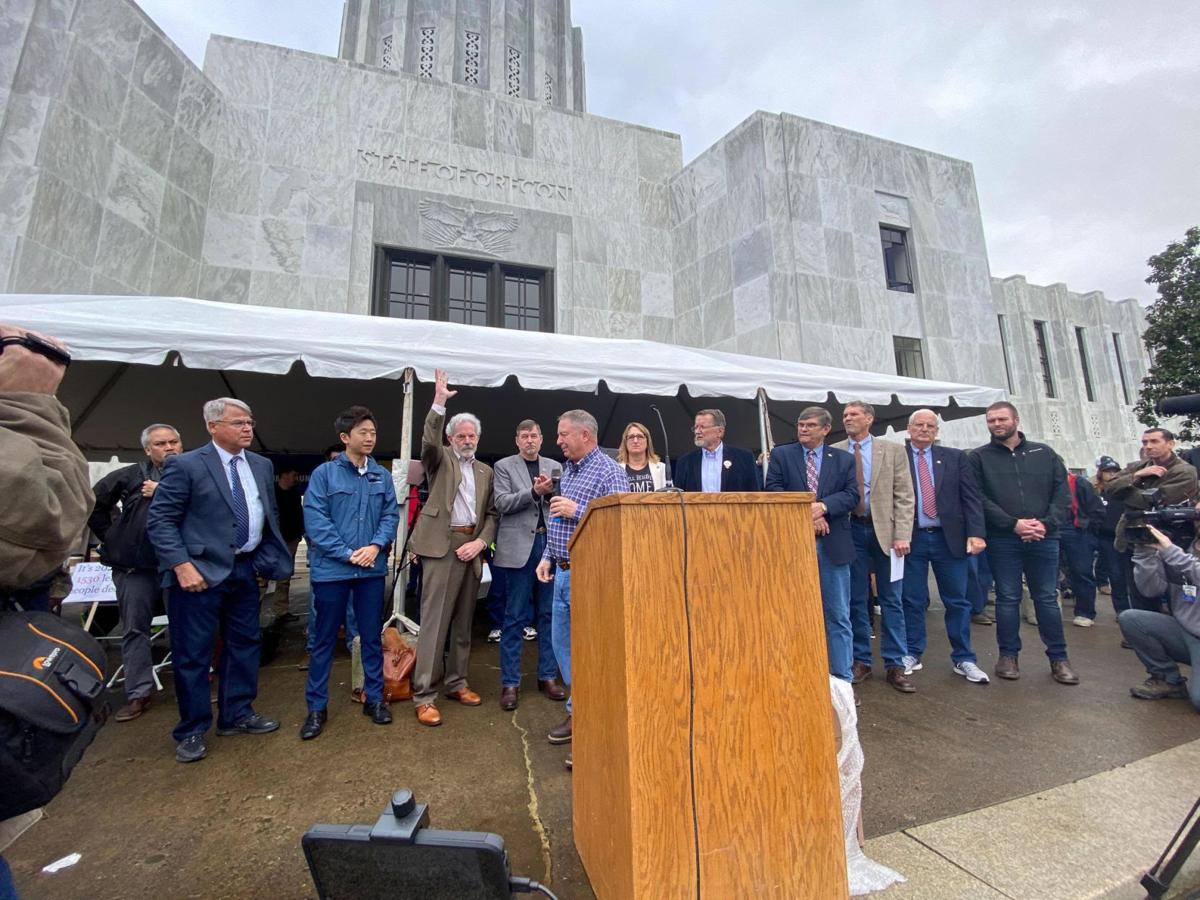 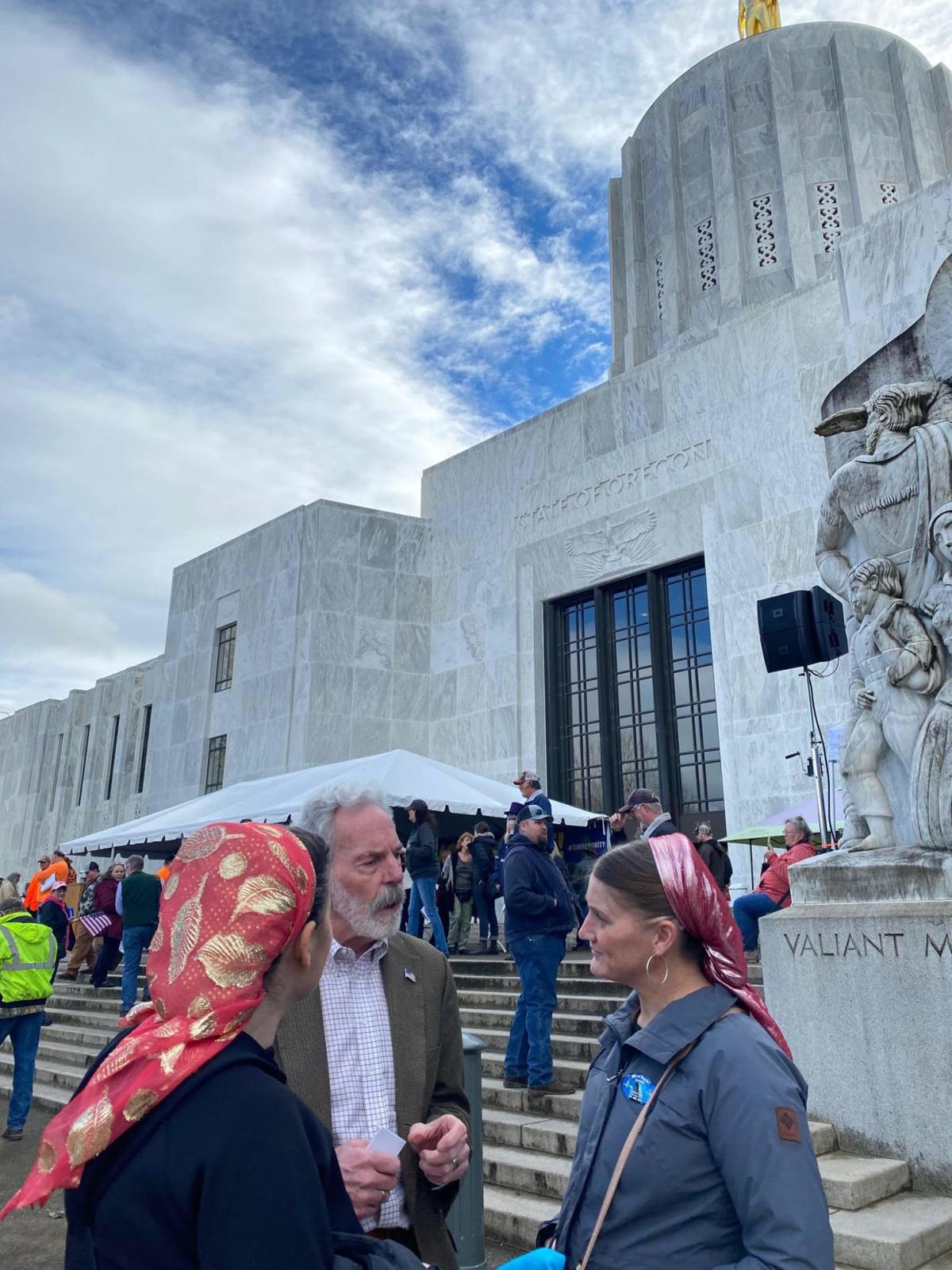 Over 5,000 Oregonians, mostly from rural areas and representing jobs and businesses related to timber and agriculture, descended on the state capitol on the morning of February 6.

"This is an example where urban politicians have forgotten the rest of the state," Anderson said.

The rally was organized by #TimberUnity, as HB 2020, a Cap and Trade proposal, continues to be a priority of Democratic legislators. A similar version in 2019 was blocked when the Senate Republicans denied quorum and staged a boycott in the waning days of the 2019 session.

Senate Republican Leader Herman Baertschiger (R-Grants Pass) gave a dramatic speech to the crowd at noon, citing the Battle of the Alamo as a reference to how the minority party has bought rural Oregonians time to make changes.

“We bought you the time... You bring the army... to change the makeup of this building,” Baertschiger said in his opening introductions. “With us today is a candidate from the coast who will join us in the Senate soon, Dick Anderson.”

On why he chose to attend the rally, Anderson said, “I think it is important that leaders from rural Oregon take the time to show up and make them remember us. On the coast we do not have the luxury of sacrificing workers' pay.”

The science on the negative health impacts from burning diesel keeps mounting every year, and the number of diseases from exposure to this fos…

Lincoln County Board of Realtors give back to seniors

Lincoln County Board of Realtors give back to seniors