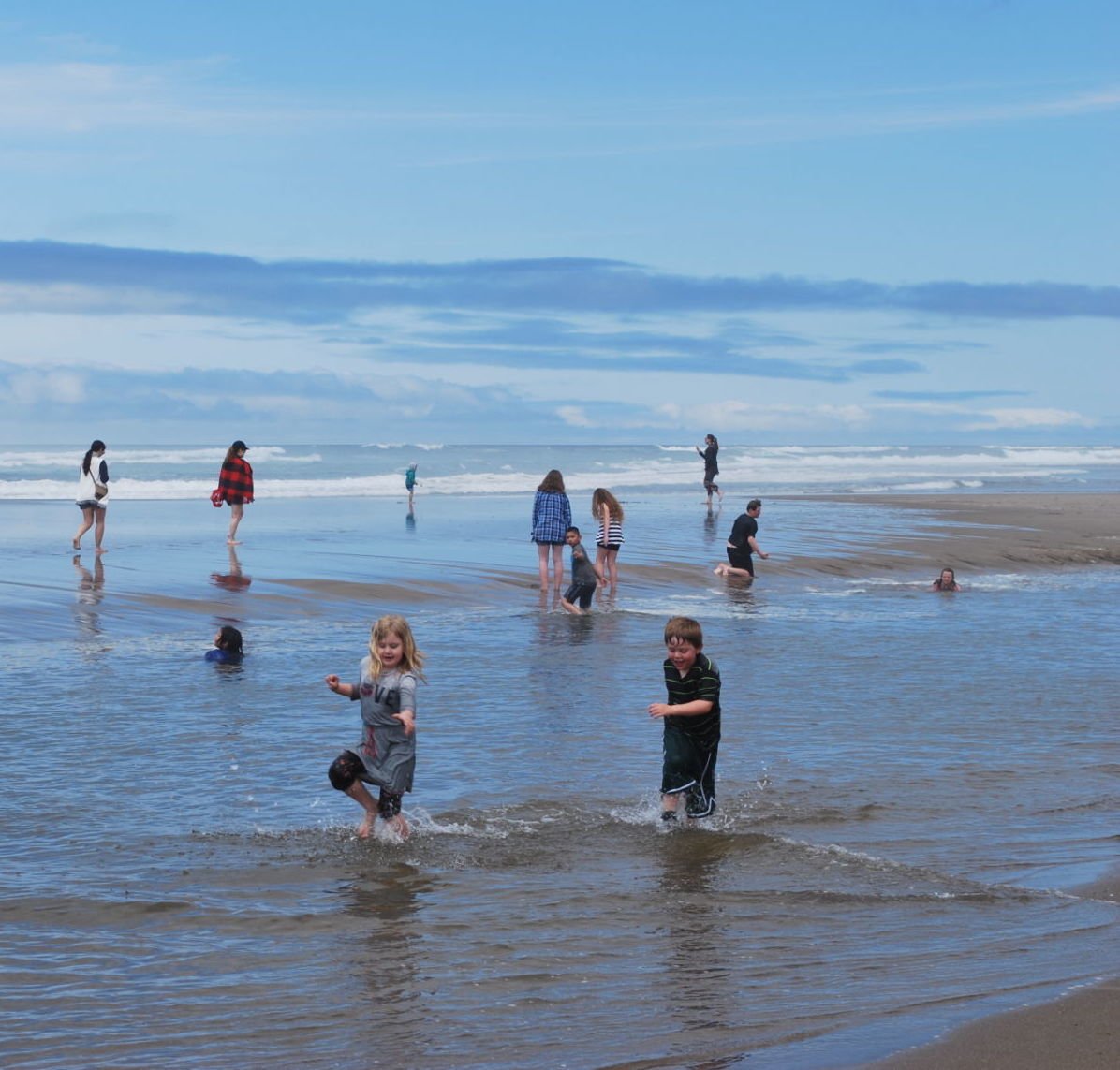 The seven mile stretch of beach at Lincoln City fills up during summers with children and adults and city officials believe pent up demand caused by the pandemic will result in a banner tourism season this year. 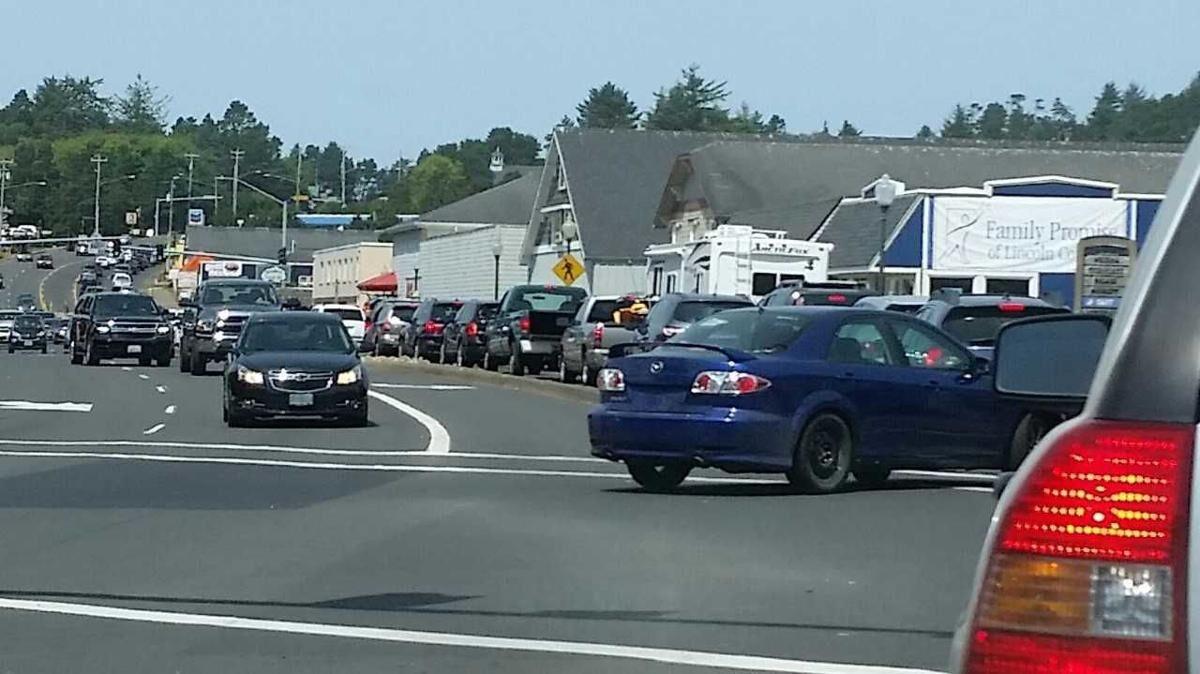 Lincoln City officials are asking for patience from visitors and residents during the busy summer weekends that cause traffic delays throughout the city.

The seven mile stretch of beach at Lincoln City fills up during summers with children and adults and city officials believe pent up demand caused by the pandemic will result in a banner tourism season this year.

Lincoln City officials are asking for patience from visitors and residents during the busy summer weekends that cause traffic delays throughout the city.

Each summer, Lincoln City fills with thousands of visitors.

The COVID-19 pandemic changed that in the spring of 2020. Health and safety restrictions forced limitations on businesses, events and social gatherings. Now that vaccinations are increasing, Lincoln County and the state are slowly moving towards more normal routines and that means a very large surge in local tourism.

“I think it is going to be one of the best seasons we have ever seen,” Lincoln City Chamber of Commerce Executive Director Lori Arce-Torres said. “People definitely want to get out. They have been cooped up and they want to get back to the beach. They tell us they need to get to the beach for their mental health.”

Arce-Torres predicts between a 40 to 50% boost this summer in traffic in Lincoln City, which is becoming a target destination for many.

“Many people are still nervous about flying and they can’t get out of the country, so Lincoln City is definitely a destination for them,” she said.

It isn’t just a hunger to be on the sandy beach at the ocean, according to Arce-Torres.

“People are anxious to get out and area hiking trails are becoming one of the most popular spots to visit,” she said.

Along with the surge in local tourism comes traffic and employment challenges.

“Traffic comes to a standstill on the busy weekends,” Acre-Torres said. “And this summer we are sure it will be an everyday occurrence here.”

She adds that local businesses have been struggling to regain full-time employees.

“So, it may not be the experience it has been in the past for some, but the business operators are trying as hard as they can to gain needed staff to meet customer demands,” she said.

Ed Dreistadt the director of  Explore Lincoln City (ELC), the city’s tourism department, said the city has been on a COVID-19 roller coaster since last March.

“We’ve gone from our main industry vanishing during the short-term lodging ban to an unexpected surge in guests coming to town,” he said. “The impact on businesses has been uneven, with lodging losing spring break last year, but then experiencing higher occupancy rates than 2019 once the ban was lifted. Restaurants and bars have had a tough time, being the industry most impacted by restrictions on indoor dining and operating hours that changed constantly through the pandemic.”

Dreistadt said Lincoln City proved both resilient and fortunate throughout the pandemic.

“We don’t depend on an airport, we don’t have a convention center to fill, we don’t rely on business travel and we don’t have a large segment of international travelers who suddenly stopped coming,” he said. “Throughout the pandemic, people still wanted to travel within the restrictions that were in place and the most attractive destinations were places that they perceived as not crowded, preferably small towns with outdoor activities with beaches at the top of the wish list.”

Lincoln City checked all the boxes, according to Dreistadt.

“Plus, many of our competitors went offline with people unable or unwilling to get on a plane or step aboard a cruise ship,” he said. “The result was a much, much better tourism and revenue picture than any of us expected.”

“The effect of the short term lodging ban from March to June in 2020 was dramatic but, beginning in July, we saw a rebound that we are continuing to enjoy,” he said. “Through the end of March 2021, we are 77% ahead of 2020. Given last year’s shutdown of short term lodging, we’re confident we’ll see numbers like that or higher through June in the next report. If you compare or numbers to 2019, prior to COVID-19, we are still well ahead of our last “normal” year.”

Dreistadt said when the short term lodging ban hit, tourism budgets were frozen, all outer market advertising ceased and he was operating under the assumption that the Transient Room Tax money that funds Explore Lincoln City simply wouldn’t be there.

“My department shifted from paid advertising to what we could do via social media, in-house video and public relations,” he said. “Our goal was to maintain awareness of Lincoln City during the pandemic without explicitly inviting people to visit. At the beginning of the pandemic, we worked out a strategy to get us through it.”

According to Dreistadt, the core effort was an aggressive public relations campaign working with Lawrence PR identifying the city’s good news stories aimed at Portland that showed Lincoln City residents and businesses as caring, resilient and innovative.

Dreistadt said with an assist from Lincoln City Events & Promotions, the culinary center put together a series of citywide food promotions, starting with the Secret Takeout Menu and, the most recent, a Cinco de Mayo promotion highlighting the city’s Mexican restaurants, offering places where folks could go to eat.

“When we learned that COVID-19 had taken away North Lincoln Fire & Rescues ability to conduct some of their main fundraisers for their Christmas toy drive, we organized another group of restaurants around Merry Meals, where you could upgrade to a meal that included a toy,” Dreistadt said. “The toy, of course, would be purchased by the fire department and given to a kid in need.”

“With a drastically reduced advertising budget, we cycled through educational messaging to people in town only, to messages encouraging people to support local businesses, to reaching out to guests before they leave home, encouraging responsible behavior when they visit and suggesting safe activities, which is where we currently are,” Dreistadt said. “We grew our social media platforms, showcased our businesses, captured stunning images and learned to produce video.”

Dreistadt said ELC created safe experiences throughout the pandemic that will likely remain in place, including staging a drive-in movie through the Lincoln City Community Center and the Bijou Theatre that was so popular theater owners Keith and Betsy Altomare developed a summer series last year that is continuing this summer. The ELC repurposed grant funds awarded to Kiwanis for Pixiefest which allowed the group to create a totally new iteration of Spooky Spectacular as a drive-thru safe trick or treating experience in the lower Lincoln City Outlets parking deck.

“The Devils Lake Neighborhood Association was awarded an ELC grant to improve their 2020 fireworks show, which wasn’t used,” Dreistadt said. “We gave them the OK to repurpose it to create a boat-in concert, the live music equivalent of the drive-in movies that proved to be a hit. Unfortunately, the wildfire interfered and it was called off. The funding was kept in place and it has since grown into a series that will kick off this summer. It’ll be so much fun, I’m sure it will outlive COVID-19.”

According to Dreistadt, the reputation management of Lincoln City is an important component.

“Everyone who lives here knows that the town is made up of wonderful, caring people,” he said. “We showed that side of Lincoln City to the outside world and planted seeds I think will pay off for years to come. We have a story to tell about the people and businesses here we will continue to tell going forward.”

Dreistadt said one of the unknowns about the summer head is, as travel opens up, so do competitors who have been shut down up until now.

“As people get comfortable with flying again, we could see a lessened demand for nearby getaways,” he said. “As we watch the COVID-19 numbers decline as more and more people are vaccinated, we are preparing to come out of the gate with a resumption of advertising, plus an ongoing promotional splash using the goods and services pre-purchased through the Invest & Recover Program.

According to Dreistadt, tourism generates a third of a billion dollars annually in Lincoln City.