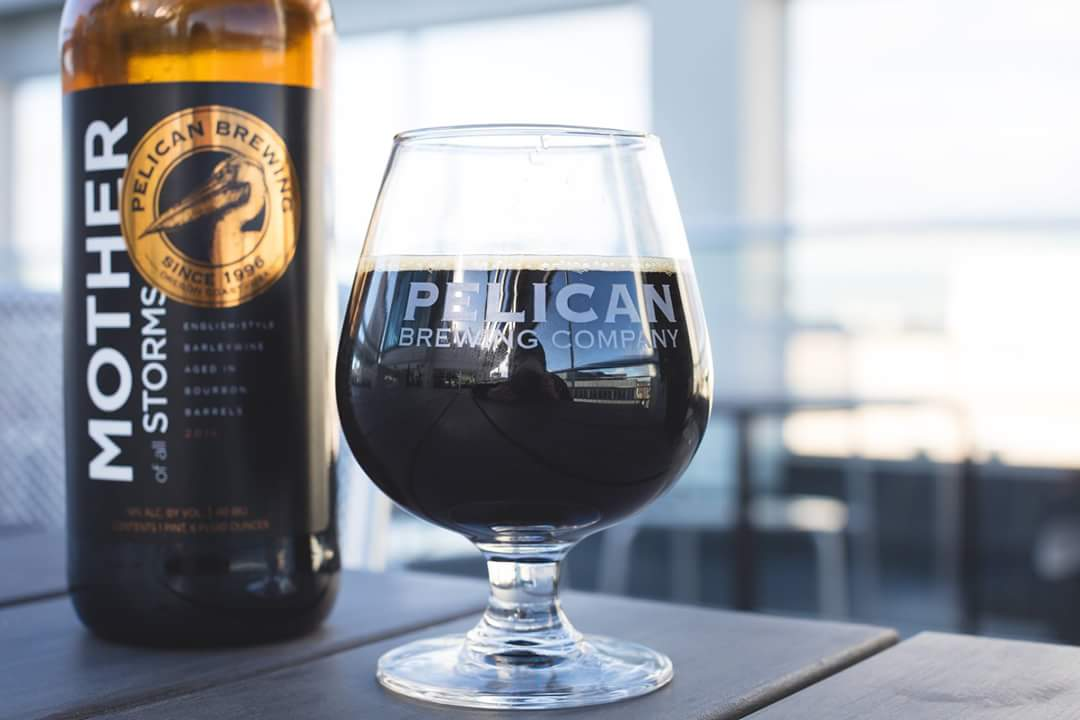 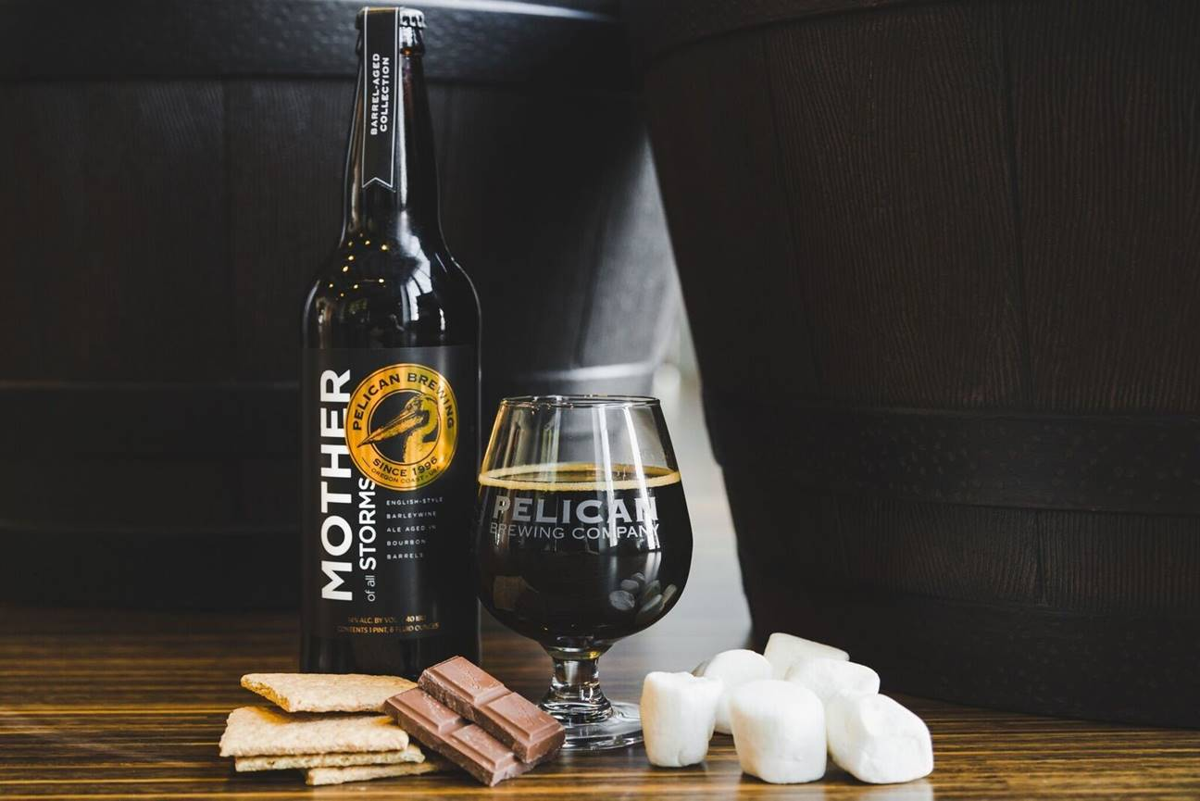 Another Mother of All Storms is predicted at the Oregon Coast next month as Pelican Brewing Company creates the newest batch of its award-winning English-style bourbon barrel-aged barleywine.

The 12-time medalist—and anchor of Pelican’s barrel-aged collection—has been honored with five Gold medals over its life-span and is one of Pelican’s most highly-anticipated brews.

There are many storms out there, all of them perfect in their own way. But there is only one Mother of all Storms and it only happens on the Oregon Coast. Based on Stormwatcher’s Winterfest, Pelican’s English-style barleywine spends a year aging in Kentucky bourbon barrels. Nearly at its peak, Mother of all Storms delivers deep flavors of toasted malt, bourbon and oak. The finish rewards with whispers of vanilla, toffee and caramel.

Pelican suggests you hunker down—this beer is best enjoyed with winds in excess of 60 mph.

Fellow fanatics batten down the hatches in anticipation.

The limited-production Mother of All Storms will be available in 22 oz. bottles and on draft at Pelican brewpubs—Pacific City, Cannon Beach and Tillamook—starting the weekend of November 16, and reservations are open now for pre-order online.

Fans who pre-purchase Mother online for pick-up at Pelican brewpubs on either November 16 or 17 will receive a free bottle of vintage Mother of All Storms and a special release shirt—while supplies last. No shipping is available for this release so orders need to picked up at the coast. Supplies are limited.

Fellow fanatics who want to make a weekend of it in Pacific City can book rooms at Headlands Coastal Lodge & Spa, Inn at Cape Kiwanda or any of the Kiwanda Hospitality Group’s many lodging options. Those properties are offering an add-on 12-bottle case of 2019 Mother of All Storms when you book your room—at the same price as the case pick-up rate, $240.

Darron Welch will guide guests through a four-course barrel-aged dinner paired with Pelican’s illustrious barrel-aged lineup including Mother, Captain of the Coast, Father of All Tsunamis and Queen of Hearts on December 6, at 6 p.m. Twenty guests will enjoy incredible ocean views at Meridian Restaurant & Bar at Headlands Coastal Lodge & Spa in Pacific City and a delectable collaboration between Chef John Nelson at Meridian and Pelican’s mega-award-winning founding brewmaster.

“We want to offer guests an opportunity to taste each beer of the Barrel-Aged series side by side, along with courses that have been specifically designed to highlight, enhance and complement the deep, complex flavors of each beer,” said Welch, founding brewmaster at Pelican. “When it’s done right, the combination of great beer and perfect food pairing equals more than the sum of the parts themselves.”

Welch continues to be one of the most decorated brewers in the Pacific Northwest, earning well over 450 medals including several Gold Medals this year alone at the World Beer Cup, Australian International Beer Awards and North American Beer Awards.

With a nod to the popularity of Pelican’s original barrel-aged collection the brewery continues its vision for creating recipes that combine beer, spirits and barrel flavors. Fellow fanatics of Pelican’s barrel-aged series have another year of tasty treats ahead with quarterly releases of exquisite beers like Queen of Hearts, Saison Ale aged in Old Tom Gin Barrels, Captain of the Coast, Wee Heavy Ale aged in Dry Fly Wheat Whiskey Barrels, Father of All Tsumanis, and of course the annual return of ‘Mother.’

Like all Pelican beers, these medal winners are born at the beach by a team of award-winning craft beer makers known for brewing styles of beer that they themselves love to drink.

‘Out with the old, in with the new’ at hospital’s annual Quality and Safety Fair

At Samaritan North Lincoln Hospital, many things have changed since it opened in 1968. One thing that never goes out of style is providing qua…

Have you encountered shortages of daily necessities?

DMV partners with law enforcement to keep Oregonians at home