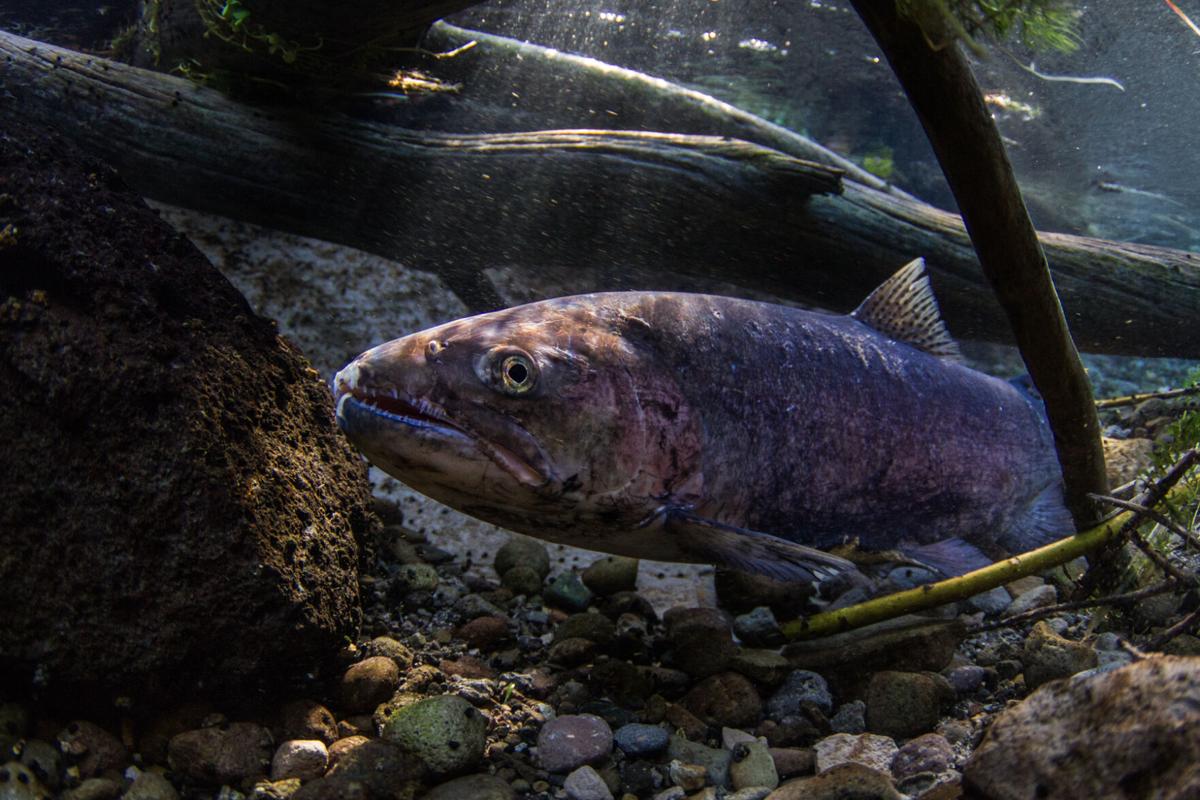 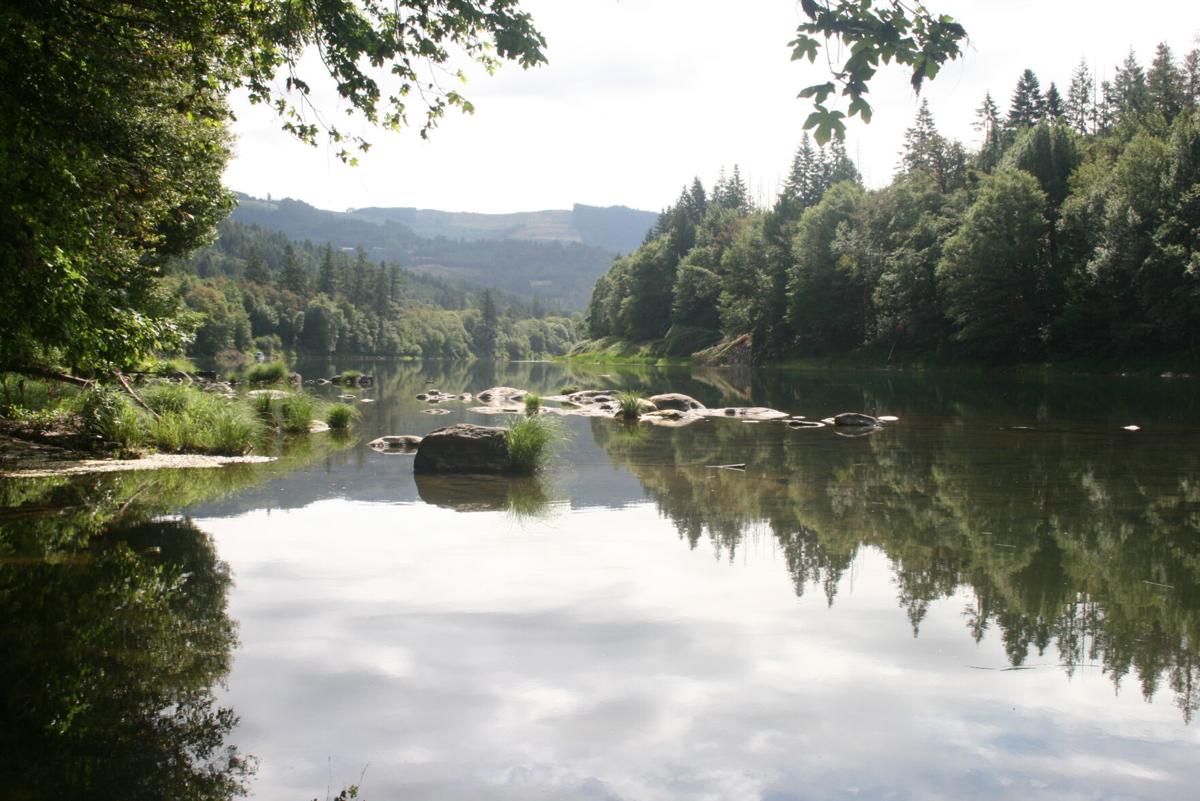 Scientists at Oregon State University and the U.S. Forest Service have demonstrated that DNA extracted from water samples from rivers across Oregon and Northern California can be used to estimate genetic diversity of Pacific salmon and trout.

The findings, just published in the journal Molecular Ecology, have important implications for conservation and management of these species, which are threatened by human activities, including those exacerbating climate change.

“There has been a dearth of this kind of data across the Northwest,” said Kevin Weitemier, a postdoctoral fellow at Oregon State and lead author of the paper. “This allows us to get a quick snapshot of multiple populations and species all at once.”

In addition to demonstrating that environmental DNA, or eDNA, can be used to measure genetic diversity, the researchers also made unexpected discoveries about the history of these species, including a connection that links watersheds in northern and southern Oregon.

eDNA allows scientists to test for the presence or absence of an organism in an environment, such as soil or water. It’s a safe, rapid and cost-effective method that alleviates the need for scientists to capture individual organisms to collect DNA.

The research by the Oregon State and USDA Forest Service Pacific Northwest Research Station team is unique in that it used eDNA samples to determine genetic diversity – not just the presence or absence – of four species: coho salmon, chinook salmon, rainbow trout/steelhead and coastal cutthroat trout. The team previously developed the techniques that allowed it to capture this robust set of genetic sequences across a large landscape.

He said it’s particularly important for salmonids, the family of fish that includes salmon and trout, because their genetic diversity is impacted by population declines and hatchery-raised salmonids that are released into rivers.

In most of the watersheds the researchers studied, steelhead and chinook and coho salmon have undergone major declines, which has led to them being listed as threatened species. Populations of coastal cutthroat trout have declined in some places but not broadly enough to be listed.

For this study, the researchers examined water samples collected from 16 sites in western Oregon and northwestern California in 2017. They sampled between one and five creeks in five watersheds: the Deschutes, Willamette, Umpqua, Rogue and Klamath. They also sampled from three creeks that feed rivers along the Oregon Coast.

They found genetic similarities between rainbow trout in the northern Deschutes watershed and the southern Klamath watershed. This is believed to be the first genetic corroboration of previously hypothesized hydrological connection between the two now disconnected watersheds.

The scientists saw unexpected high levels of genetic diversity in coho salmon, despite the species only being present in three rivers, the Coquille, Nestucca and Klamath, that they sampled.

They showed the disproportionate importance of smaller coastal rivers – they analyzed samples from creeks that feed the Nestucca, Alsea and Coquille rivers – on genetic diversity, particularly of coastal cutthroat trout.

“These rivers are kind of punching above their weight in terms of the amount of diversity compared to the population and the size of the watershed,” Weitemier said.

The researchers also found further evidence of the Umpqua watershed’s unique diversity. They found unique genetic variants of coastal cutthroat trout, and to a lesser extent rainbow trout. The Umpqua is also the sole home to two smaller fish, the Umpqua chub and Umpqua pikeminnow.

“The diversity in the Umpqua just makes it a special place in Oregon and this paper is another piece of information to confirm that,” said Tiffany Garcia, an author of the paper and an associate professor in Oregon State’s Department of Fisheries and Wildlife.

The researchers plan to continue this research, working with water samples collected by the USDA Aquatic and Riparian Effectiveness and Monitoring Program. They regularly collect water from 200 sites, including the 16 this study focused on, across Oregon and California.

“We’re working with them to monitor and understand more about occupancy of various species beyond Pacific salmon and trout, to include other fishes, amphibians, mussels, macroinvertebrates, crayfishes and pathogens,” said Brooke Penaluna, an author of the paper and a research fish biologist with the USDA’s Pacific Northwest Research Station.

In addition to Weitemier, Garcia and Penaluna, authors of the paper are Lucas J. Longway of Oregon State and Laura Hauck and Richard Cronn of the USDA.

Tip of the Week: Rules for safely handling firearms

Before ever touching a firearm, you need to understand the Four Cardinal Rules of Safe Handling of a firearm. By following these rules, you ca…

Tip of the Week: Boating Safety