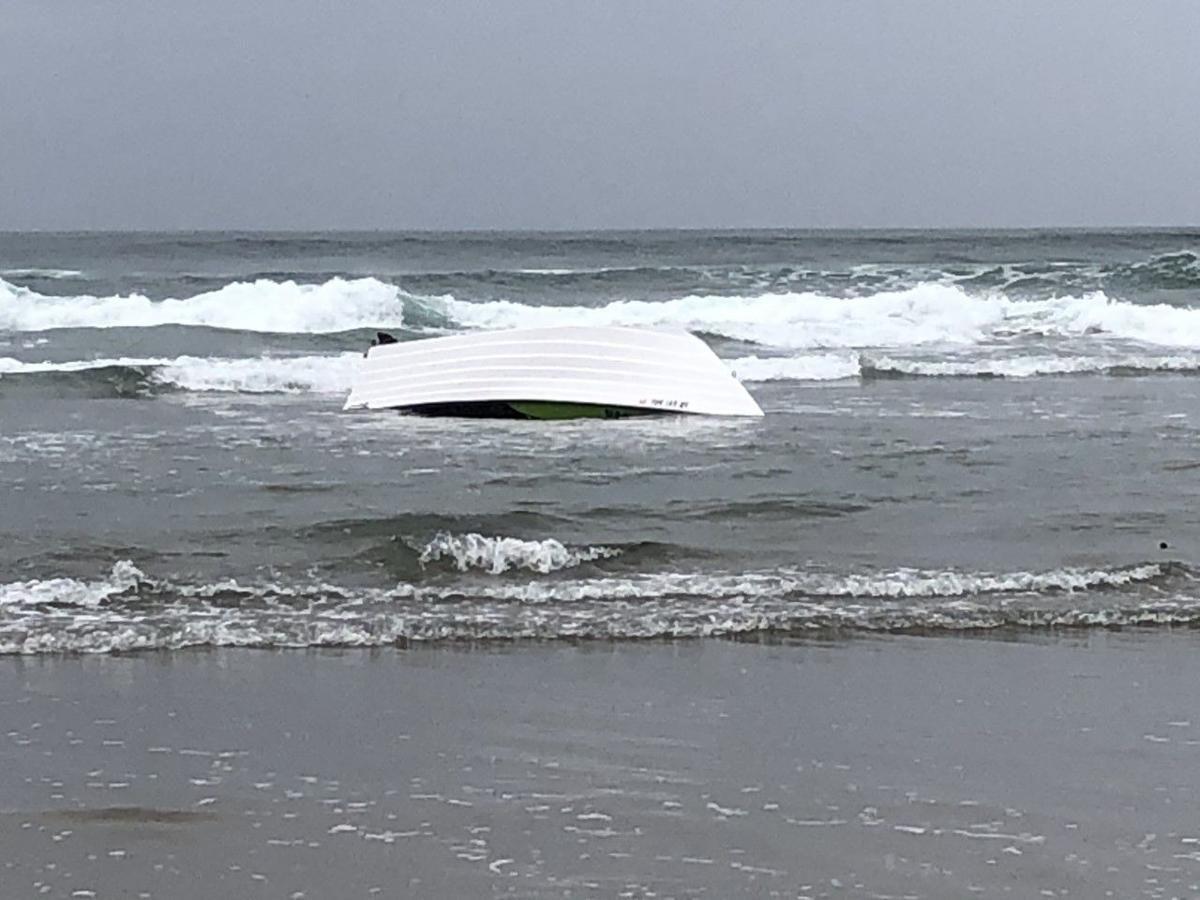 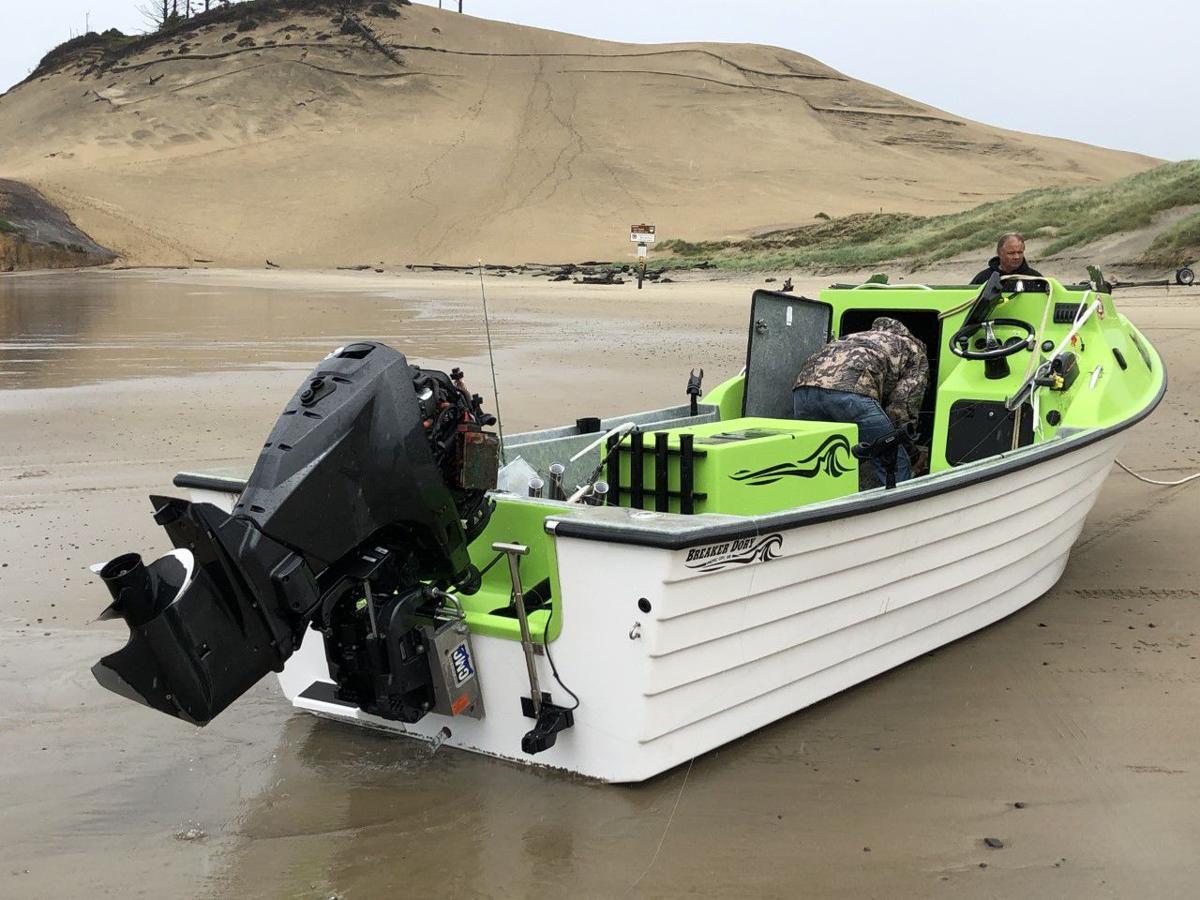 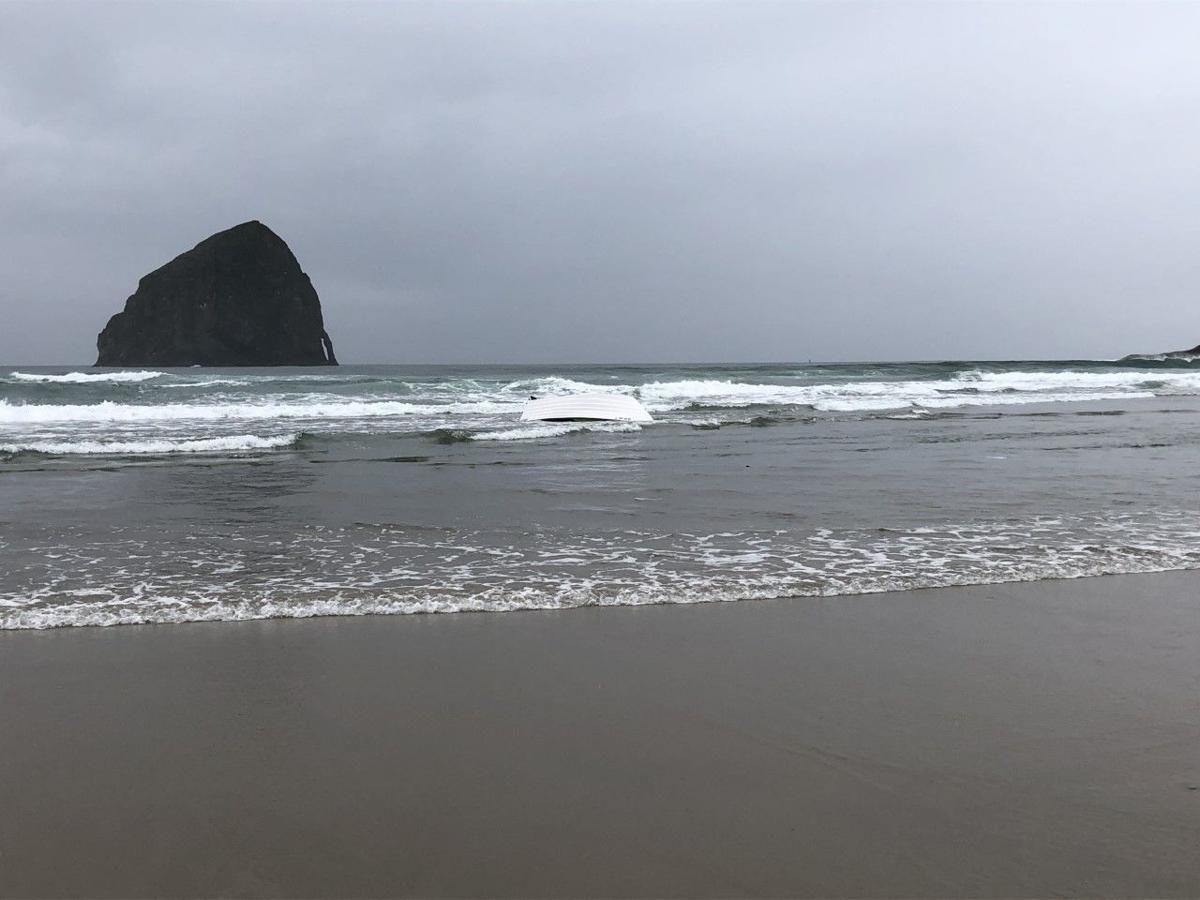 Tillamook County Communications District 911 received a call at 12:22 p.m. Thursday, May 14, regarding a capsized dory boat off Cape Kiwanda Beach in Pacific City, throwing two men into the surf.

The Tillamook County Sheriff’s Office responded to the assist. Prior to emergency services arriving, two surfers, Gary Link and Taka Nakagawa, who had witnessed the event, paddled out and assisted the fishermen, bringing them to shore.

According to the sheriff’s office, the captain of the dory boat said he was trying to come back into the beach to land his vessel. The vessel got stuck on a sand bar and could not get to beach with enough force to clear the surf. The captain waited just off the beach so that one of the other dorymen could help. He could not keep the vessel steady enough to allow one of them to go retrieve the trailer and truck.

Eventually the captain turned back toward the ocean so they could try another landing. They got stuck on the first sand bar, which stopped the boat. The next wave pushed the transom of the boat into the sand bar and the following wave hit the bow of the boat, breaking the windshield and rolling the vessel over backwards.

The sheriff’s office said both fishermen had been wearing personal flotation devices and were transported to North Lincoln Hospital by Adventist Ambulance for minor exposure injuries where they were treated and released. The boat was retrieved from the surf by several other dorymen. No hazardous material was deposited into the water.

The sheriff’s office assisted Nestucca Rural Fire District, Adventist Ambulance, Oregon State Police, and Tillamook County Communications District 911. The Coast Guard had been summoned but cancelled after they were informed all persons and vessels had been removed from the water.

County cities all over the map on reopening short-term rentals

The Lincoln County Board of Commissioners along with the county’s City Councils convened May 14 to revisit their countywide short-term rental order.