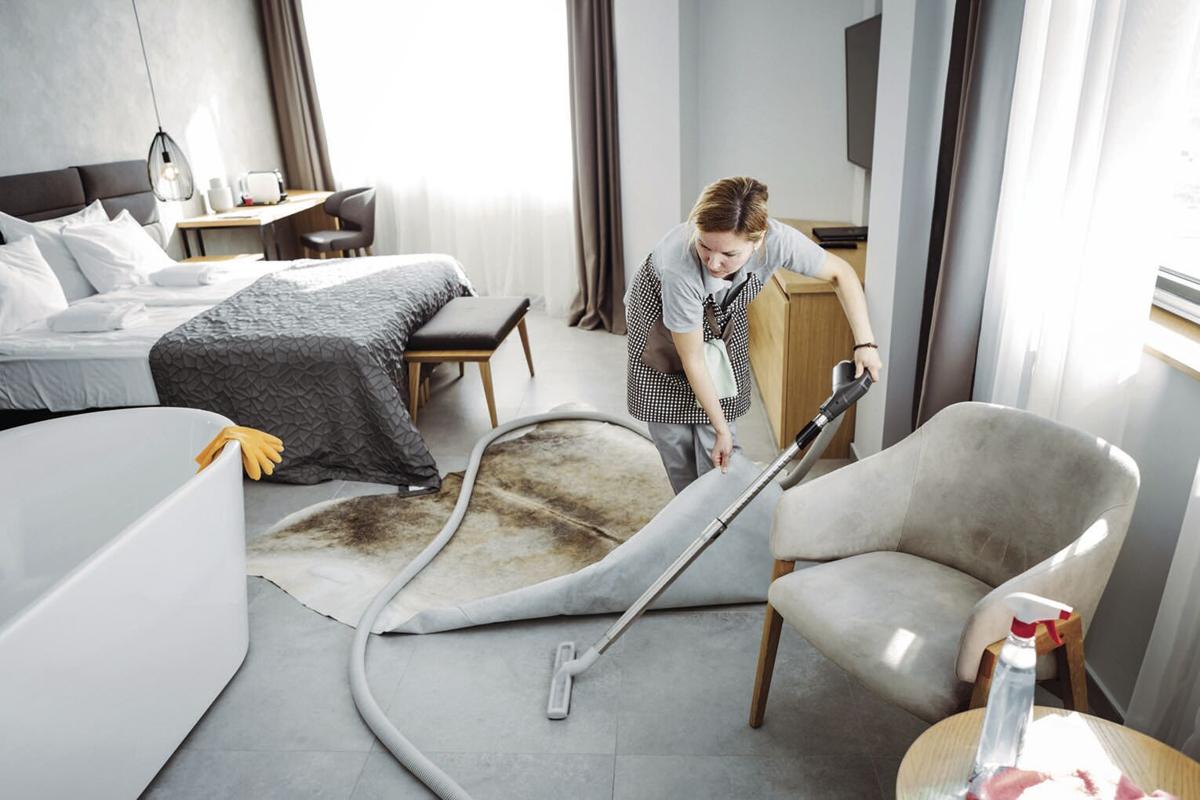 Recent increases in starting pay and other signing perks have helped to draw young people into the workforce. 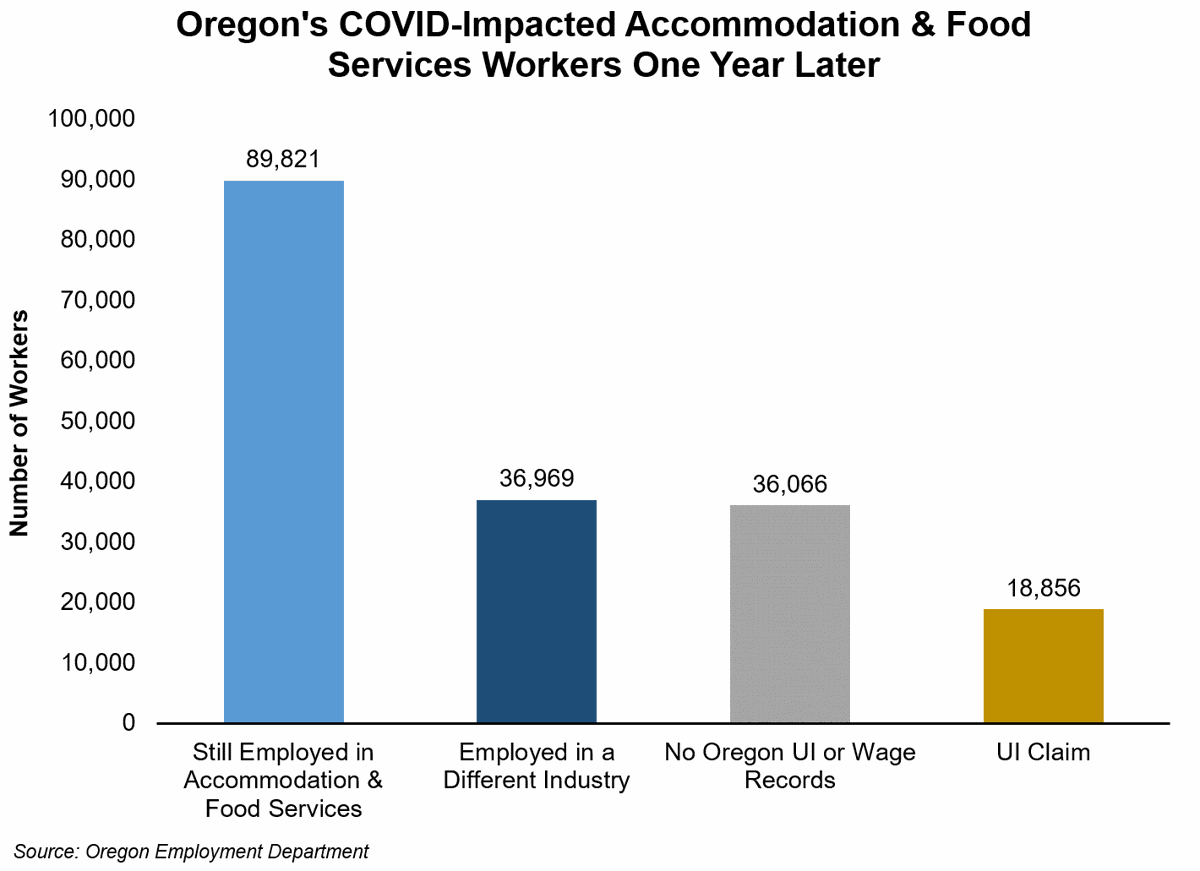 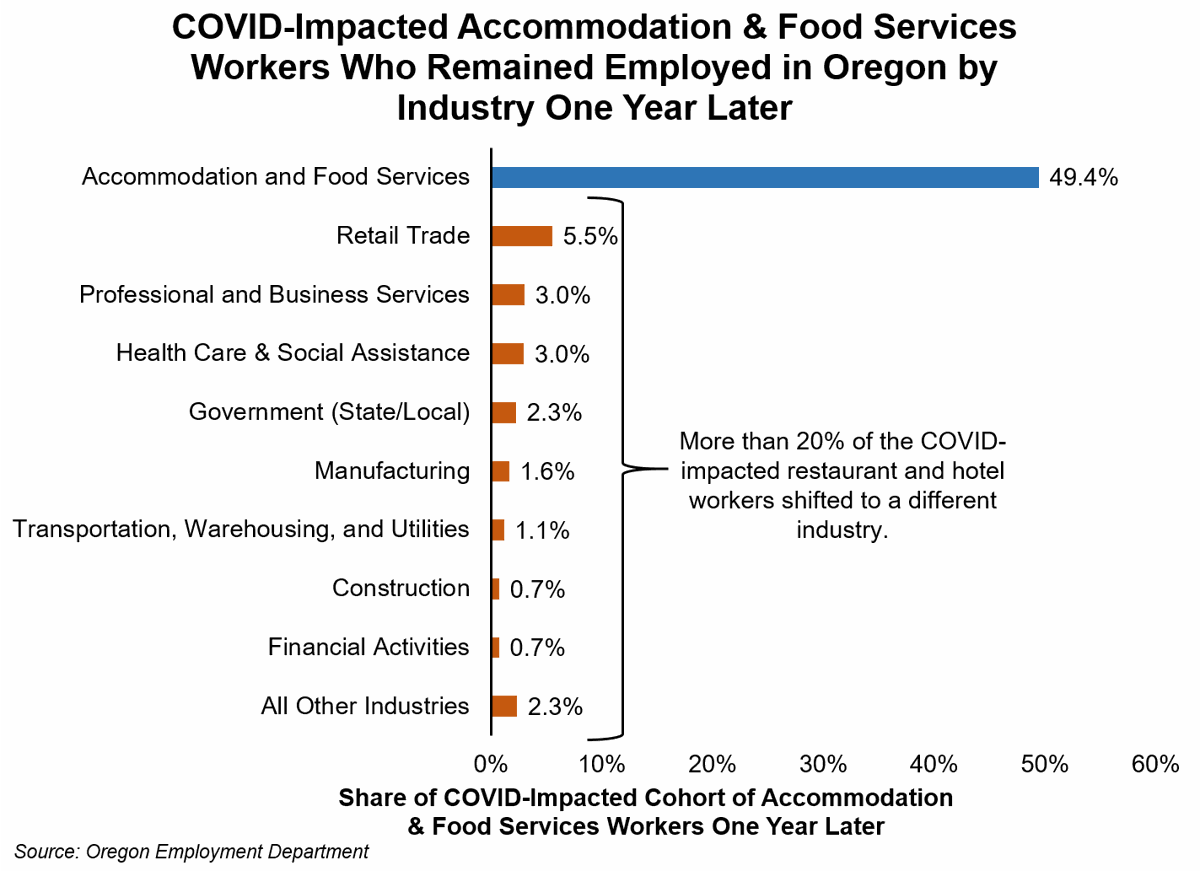 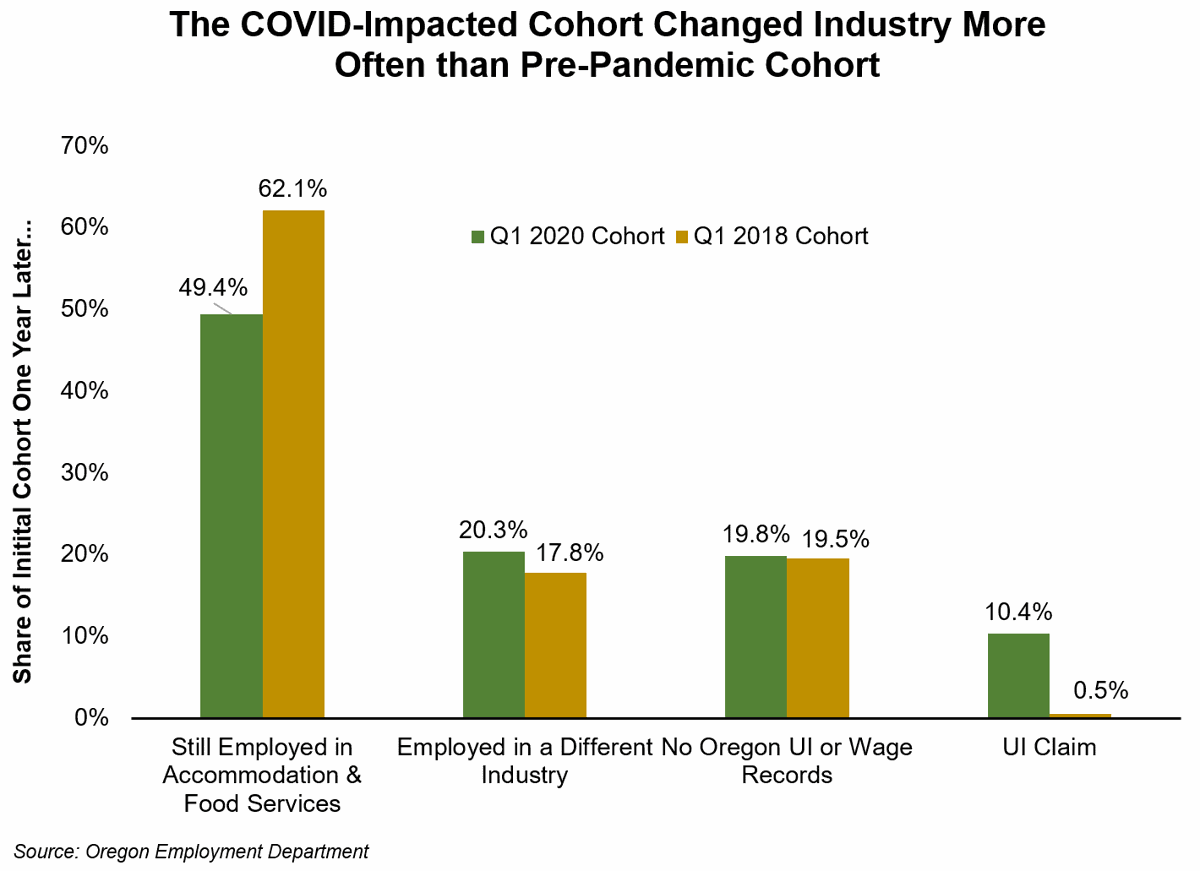 Restaurants, hotels and other businesses in Lincoln City continue to face employee hiring challenges. The tight labor market has been making headlines for months across Lincoln County, the state and the nation.

The conversation around having a difficult time filling job vacancies has been most acute among restaurants and hotels, the businesses hardest hit by COVID-related layoffs. The Oregon Employment Department’s quarterly job vacancy survey revealed that 71% of job vacancies in spring 2021 were difficult to fill with a particularly high share of those difficult-to-fill vacancies for maids and housekeeping and cooks.

Last spring the accommodation and food services sector shed nearly 95,000 jobs, roughly half of all jobs in the industry. As of August 2021 the industry has added back roughly 63% of those lost jobs. However, that leaves the industry shy of recovery by roughly 35,000 jobs. How is it possible for the industry to have difficulty filling job vacancies if we’re more than 30,000 jobs from the previous peak?

To answer this question we tracked the cohort of pre-COVID accommodation and food services workers (employed in the industry in first quarter 2020) through the past year using wage records and Unemployment Insurance (UI) claims. If an Oregon business reported payroll earnings for a worker or a worker was on an Oregon UI claim, this worker showed up in our data. Unfortunately, we don’t know anything about those workers who dropped out of the labor force (retired, back to school, etc.) or moved outside the state. Let’s take a look at what happened to the workers employed in the most COVID-impacted industry one year after the initial COVID layoffs.

More than 20% (~37,000) of the accommodation and food services workers who remained employed in Oregon shifted their industry of highest earnings to a different industry. To put it another way, at least one out of five workers had left the hotel and restaurant sector for a different industry. The largest shares moved to retail trade (5.5%); professional and business services (3.0%); health care and social assistance (3.0%); and state or local government (2.3%). The pattern of industry shifting for these restaurant and hotel workers is not unexpected. These industries had openings for individuals with similar skills, offered higher wages, more consistent work schedules (less seasonal and better hours), and were less impacted by the pandemic.

Restaurants and hotels lose workers to other industries every year, and industry shifting increased slightly during the pandemic. In a “typical” year this industry experiences relatively high rates of churn. This is expected as the industry has many entry-level jobs for those first entering the workforce. It is also among the lowest paying major industry sectors. If we look back at the 2018 cohort of accommodation and food services workers that were not impacted by the pandemic, we see that roughly 17.5% of that cohort had shifted employment into a different industry one year later. Impacts from the pandemic led to a roughly 2.5 percentage point increase in industry shifting, which is significant but also not a dramatic deviation from the previous rate of industry shifting.

This leaves roughly 30% of that original cohort who were not reporting wages in Oregon. As of spring 2021 about 18,900 (10.4%) of the original pre-COVID cohort were on an unemployment insurance claim. The expansion of unemployment insurance through the CARES act and other federal legislation led to a very large share of these workers being on an unemployment insurance claim. Looking back at the 2018 cohort of accommodation and food services workers we see that only around 0.5% were on a UI claim a year later, a significant difference from the 10.4% for this COVID-impacted cohort. However, it is important to put the number of workers on a UI claim in perspective. Nearly twice as many workers shifted to a new industry compared with the number who were getting unemployment insurance benefits for this cohort one year after the start of the pandemic.

This data goes through March 2021; however, expanded unemployment insurance benefits expired as of September 5, 2021. The wildcard for restaurants and hotels is what happened to the 10% of pre-pandemic workers that were still claiming UI benefits in the first quarter of 2021 when those benefits expired at the end of summer. If we see most of those workers come back to accommodation and food services, then the labor supply impact may be muted. However, if a large chunk of those workers on UI moved to a different industry, it would be a significant labor crisis for restaurants and hotels.

Roughly 36,000 workers remain unaccounted for (~19.8%). These workers no longer appear in the wage reports of Oregon establishments or on an Oregon unemployment insurance claim. These are likely folks who either moved out of the state or they dropped out the labor force. There are many reasons someone may be out of the labor force, including retirement, school, health concerns, child care constraints, discouragement, or any number of additional reasons. This share of unaccounted for workers is pretty consistent with what we see in a more typical year. Around 19.5% of the 2018 cohort of restaurant and hotel workers were either not reporting wages or on a UI claim in Oregon one year later.

An increasing share of the accommodation and food services workers shifting to different industries is a serious concern for an industry rapidly trying to recover jobs lost to the pandemic. It is too soon to answer, but the most critical question right now is, what happened to those workers who lost their UI benefits at the beginning of September? If many of these workers who were on a UI claim are reemployed in other industries besides accommodation and food services, then the labor shortage for this industry will likely persist for the foreseeable future.

It is important to note that the industry doesn’t rely exclusively on the incumbent workforce. Many new entrants into the workforce start in a restaurant or hotel. Recent increases in starting pay and other signing perks have helped to draw young people into the workforce. A reversal of a decades-long decline in youth labor force participation is just what the doctor ordered for an industry struggling to fill entry-level jobs.

Damon Runberg is an Oregon Employment Department regional economist. He may be reached at damon.m.runberg@oregn.gov or at 541-706-0777.