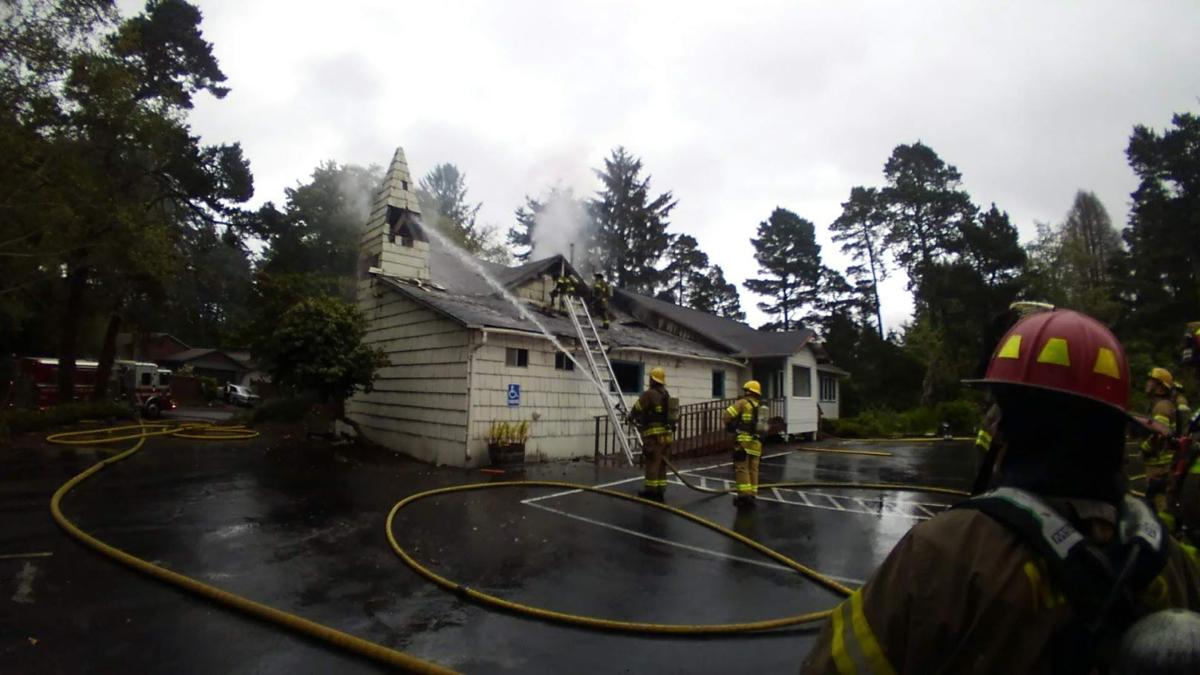 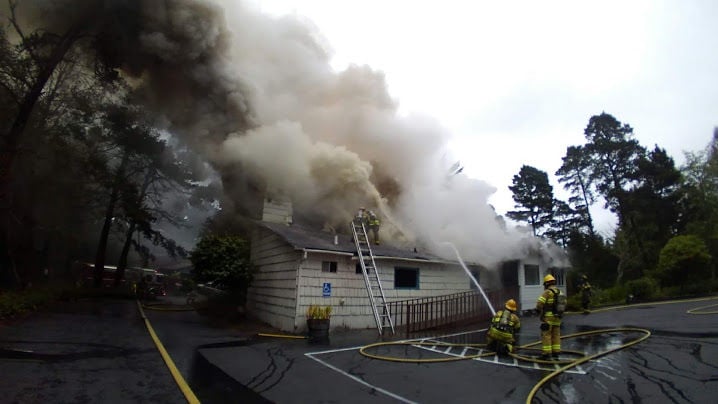 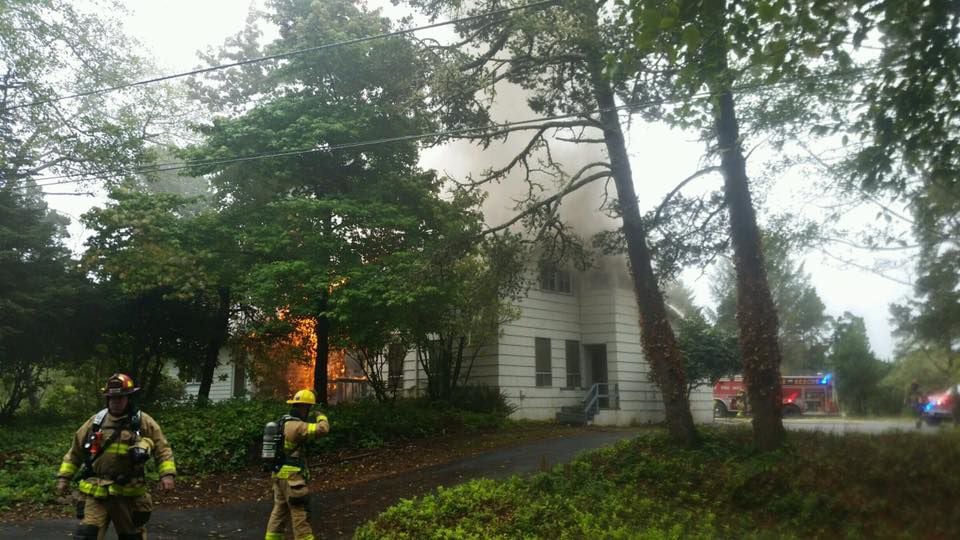 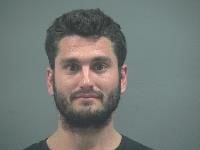 On Sept. 15, at approximately 1:53 p.m., Lincoln County Sheriff’s Deputies and the Depoe Bay Fire District were dispatched to a commercial structure fire at the Gleneden Beach Christian Church located at 7185 Church Avenue in Gleneden Beach.

Initial reports indicated there were flames coming from the roof of the church and that the fire was spreading rapidly. Depoe Bay Fire Chief Bill Johnson said the quick moving flames made the fire crew’s job difficult at times.

“The fire got into the wall and attic space, which made it a little tricky because we had to tear out certain spaces of roofing and every time we’d extinguish one spot we’d discover smoke coming from another area,” Johnson said.

The structure was confirmed as unoccupied.

Fire personnel were able to save a large portion of the structure and there were no injuries reported, but the long battle with the fire took a strong effort from all the fire crews involved.

“There was an area of collapse in the building that made things more difficult, so it was a lot of labor intensive work knocking down the flames and fighting the smoke,” Johnson said. "But nobody was injured and that's the most important thing."

The church held its regular Sunday service just a few hours prior to the report of the fire, according to co-pastors Carl and Serena Wohlwend. Though much was lost and damaged within the church itself, the Wohlwends were very grateful to all the local agencies that responded quickly.

“Our church family is extremely thankful to the many people who came to support and help us during this time, including the fire departments of Toledo, Depoe Bay, North Lincoln, the Sheriff’s Office and ambulance,” Serena Wohlwend said.

After the investigation by the fire marshal and evaluation of the building and property, the property loss was valued at $300,000, which includes the items inside the church as well as the building.

The Wohlwends also thanked the numerous local churches that have reached out and they are currently looking into alternative locations to hold services.

“We are reminded that the church is actually made up of people who share faith and fellowship in Jesus and the building is a place to assemble,” Serena said. “Currently we have several options we are considering as temporary places to assemble. We will announce and place sign when a location is confirmed.”

Through the course of the investigation, it was determined that the fire was intentionally set.

Deputies, with the assistance of the Toledo Police Department, contacted the suspect in the case, Jordan Savariego, 29. Savariego, who the Lincoln County Sheriff’s described as a transient, was subsequently taken into custody without incident.

This is an active case and is still under investigation.

Tigers look to learn from mistakes after road loss Friday

After a week of highs, beating Harrisburg at home in week one, the Taft 7-12 football team was humbled on the road against Sutherlin last Friday.