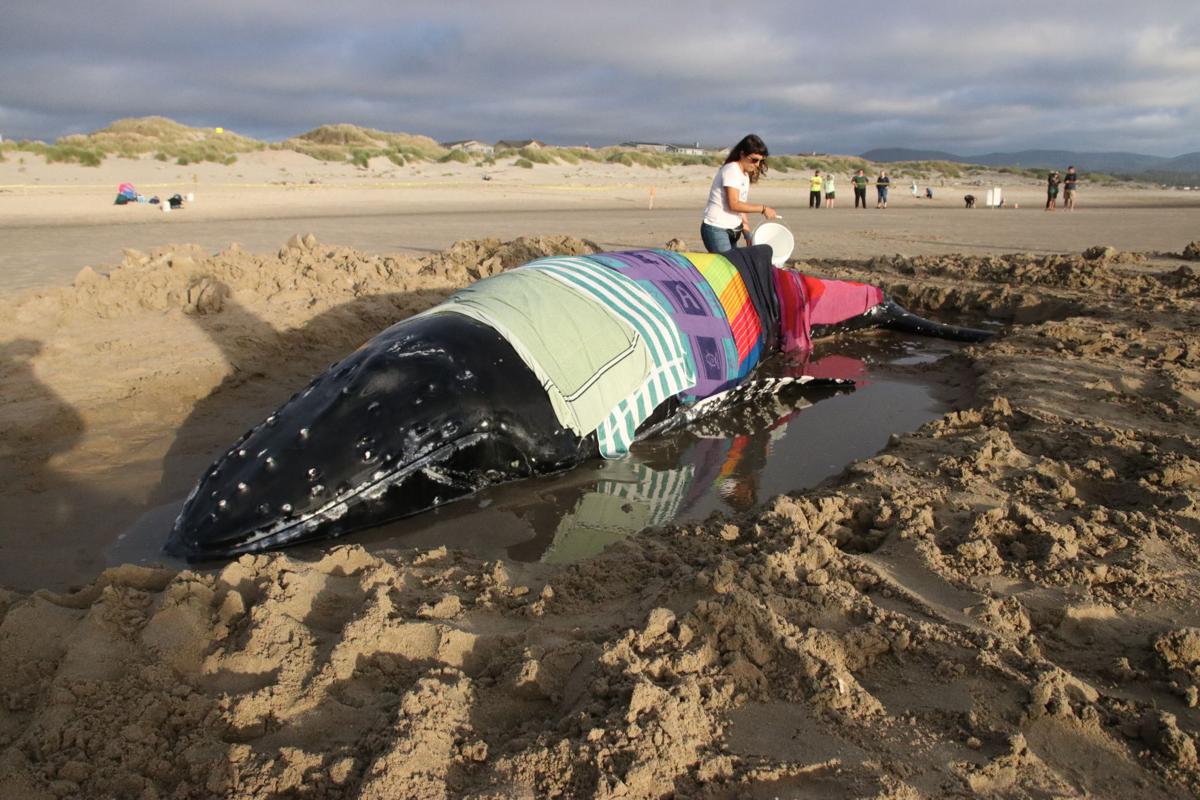 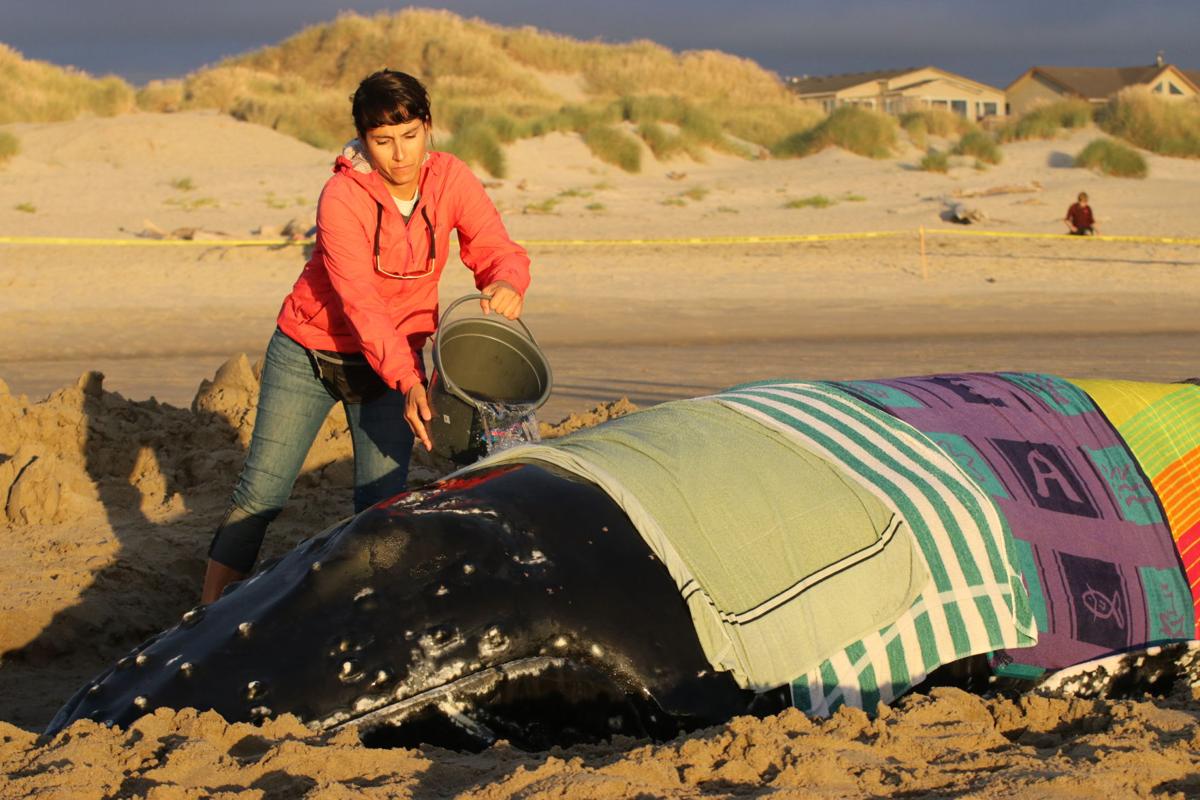 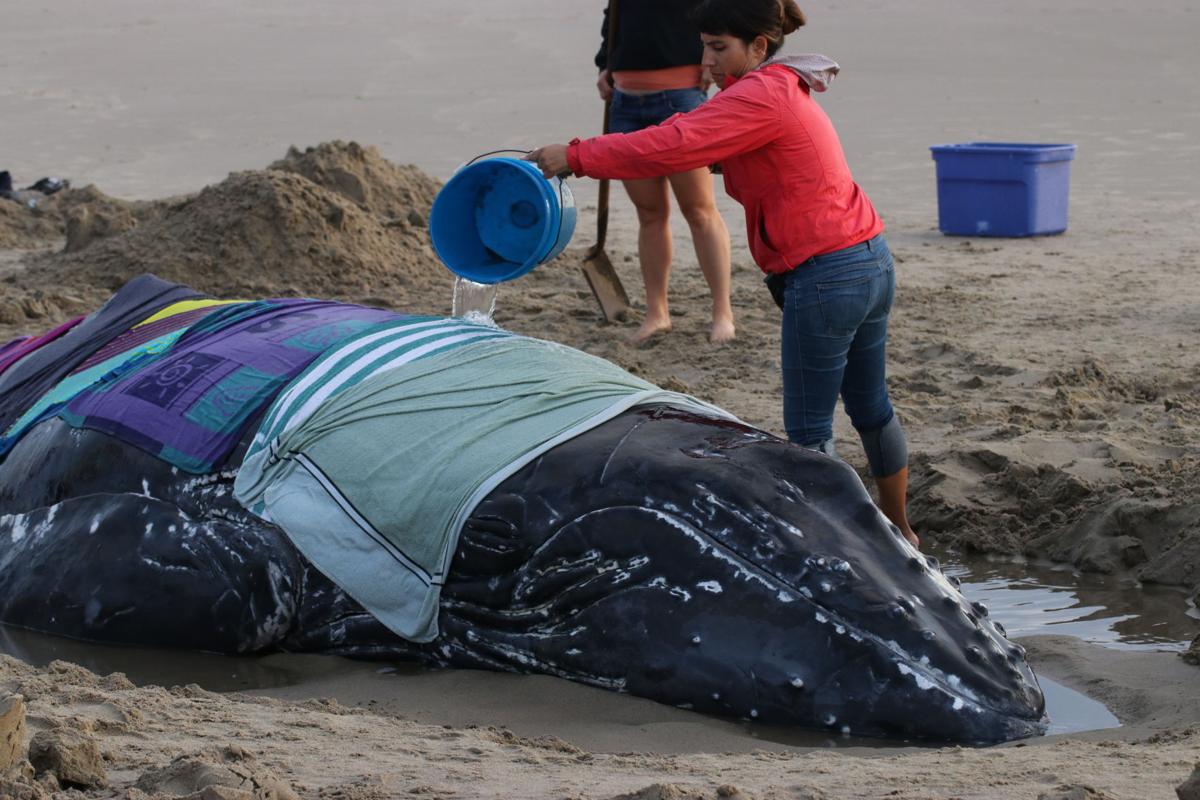 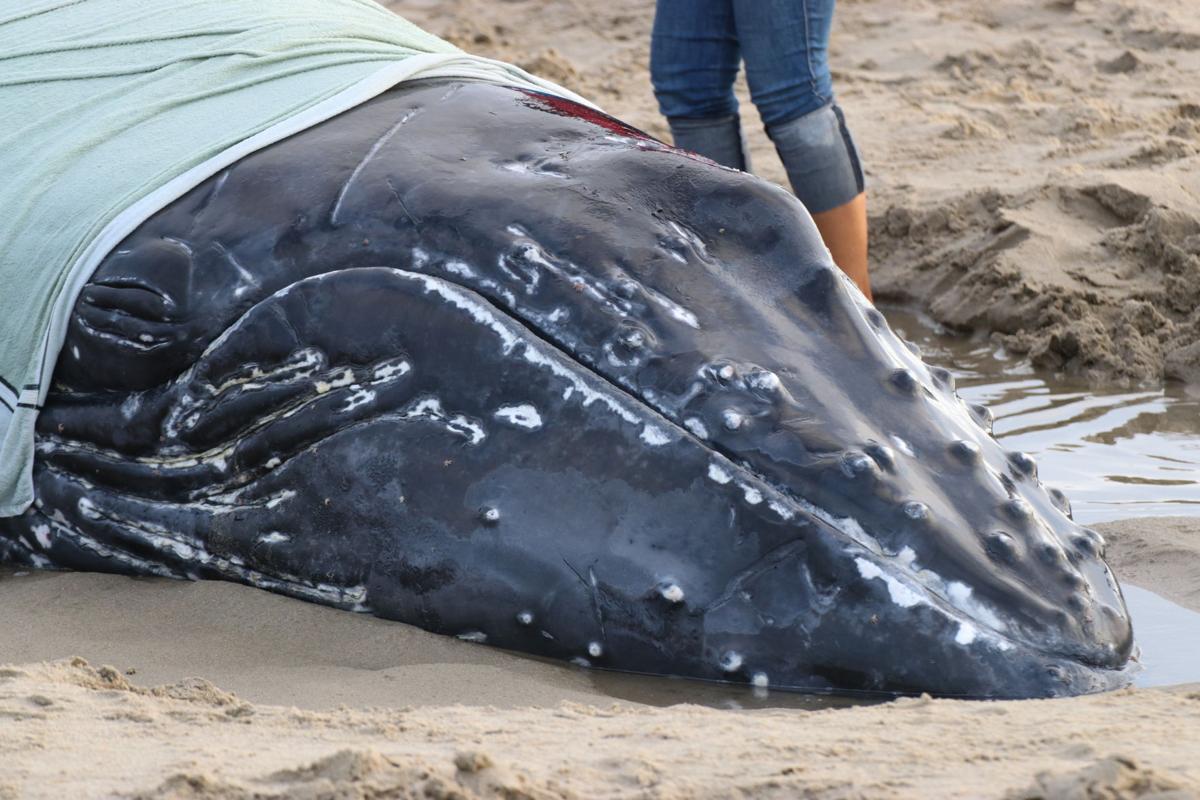 The 21’ juvenile humpback whale that washed ashore north of the Alsea River near Waldport on Wednesday, August 14 will have to be euthanized according to Oregon Parks and Recreation.

OPR stated that the whale hasn't been strong enough to swim away during high tides. They are currently in the process of euthanizing the small whale. Officials will then perform an autopsy and bury the carcass.

The 21 ft. whale did not make it back to the ocean after the mid-day high tide on Wednesday, so Oregon Coast Aquarium staff arrived early afternoon to help OMMSN staff dig a trench and keep the whale wet until the next high tide at 1 a.m. on Thursday.

“The whale is definitely a fighter," Howe said. "Several times it was facing the ocean and working its way closer, as well as rolling toward the ocean.

“However, when it stopped to rest, the powerful waves pushed it back up on the sand. Due to the extremely high tide last night, it is now even closer to the dunes.”

The young humpback whale is currently still alive, and staff placed soaked linen sheets over the animal to keep it cool and moist. Veterinary staff from National Oceanic and Atmospheric Administration (NOAA) and Willamette Veterinary Hospital are now on site to perform blood work and assess the next steps.

Depending on the animal’s health, options include waiting for additional high tides, assisting its safe return to the ocean in some way or euthanasia. The evaluation process will take several hours.

Students, volunteers , and staff with the OMMSN, Oregon Coast Aquarium, OSU Marine Mammal Institute, and OSU Hatfield Marine Science Center spent Wednesday providing comfort care by digging out around the beached whale while keeping it wet. Oregon State Park beach rangers provided support. During the Wednesday high tide, the whale managed to swim free briefly before stranding itself again. Members of the team stayed on site most of the night.

The Oregon Parks and Recreation Department reminds all residents and visitors the ocean shore is a wild environment, and presents an invaluable opportunity to enjoy wildlife and natural cycles. Wildlife should be given a wide berth and shown respect at all times, however. Any stranded marine mammal should be reported immediately to 541-270-6830. Marine mammals, including carcasses, are protected by federal law and must be left untouched and given 150’ of space in all directions.

The OMMSN began in the 1980s and is involved in collection and analysis of data and biological samples. Data collected from such events are entered into a national database that is used to establish baseline information on marine mammal communities and their health. The Stranding Network is a volunteer organization, with one paid staff member for the entire state of Oregon (the Network Coordinator). Stranding network members are from universities, state and federal agencies, and the general public, and they donate their time. The network does not receive state funds. Information on volunteering or donating to support the network is online at https://mmi.oregonstate.edu/ways-help.

Should businesses require customers to wear a face covering?

Teen confirmed positive for COVID-19, known contact with another case

Teen confirmed positive for COVID-19, known contact with another case