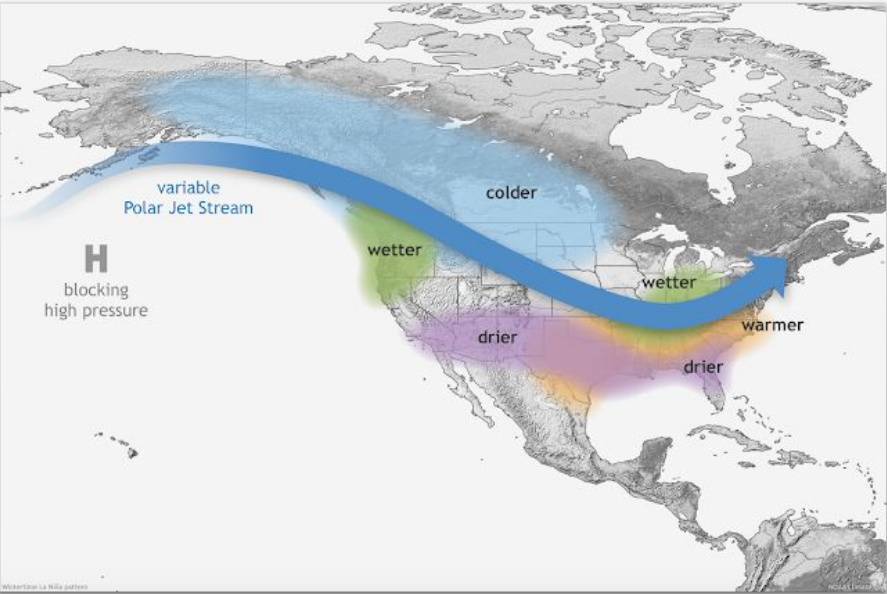 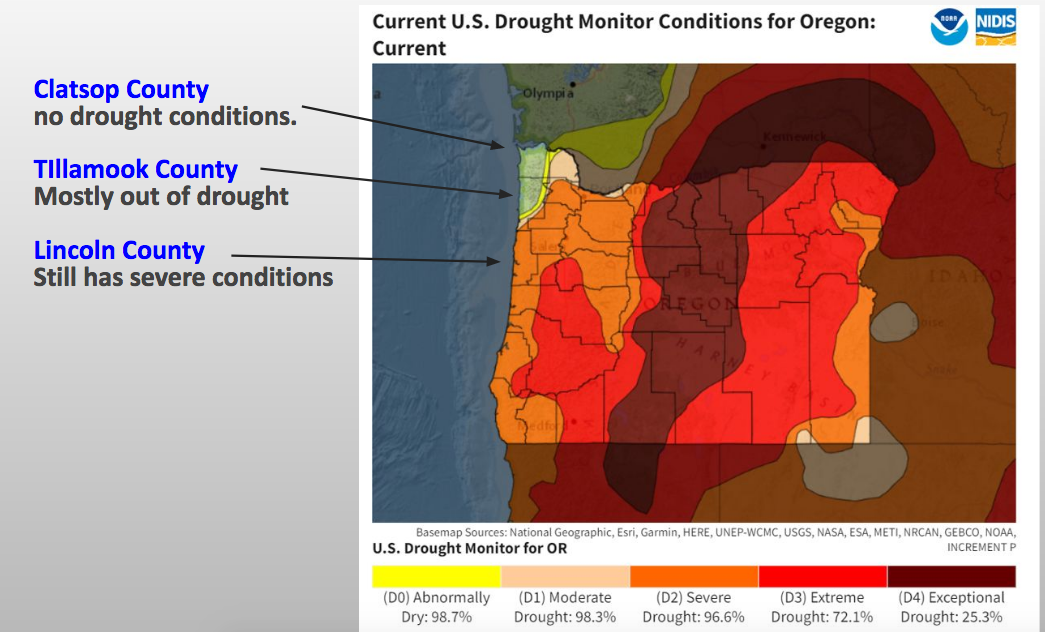 La Niña conditions have developed, and are expected to continue with a 85-90% chance of La Niña during the Northern Hemisphere winter 2021-22, the NWS outlook states. That means cooler than normal water across the central and eastern tropical Pacific. La Niña also includes higher chances for cooler and wetter than normal conditions for the Pacific Northwest during winter months.

The NWS report shows that while Tillamook County is mostly out of the severe drought, Lincoln County continues to have severe conditions.

Those conditions heighten wildfire danger and can impact the regions economy, according to the Oregon Office of Economic Analysis (OOEA).

On one level, drought has a direct impact due to lost crops and reduced farm income, according to a June 2021 report from OOEA.

"However the impacts could be seen across the entire supply chain, from reduced sales to those input suppliers, and reduced product heading to food processors and the like," the OOEA report states. "Depending upon the severity, and how widespread the drought is, it can have price impacts even in global commodity markets, ultimately pushing consumer prices higher. The little bit of a silver lining is farmers will get better prices on the product they are able to harvest and sell."

The NWS report also states that many areas throughout Oregon experienced the driest March-May period on record and many locations also broke their all-time high temperature records during the week of June 26-30.

• Higher chances for cooler and wetter than normal conditions for the Pacific Northwest in the upcoming winter months.

The NWS winter outlook also states that climate predictions can have skill in predicting seasonal totals and averages. However, most impacts are associated with short-duration storm systems.

Follow developments here online and in the print editions of The News Guard.