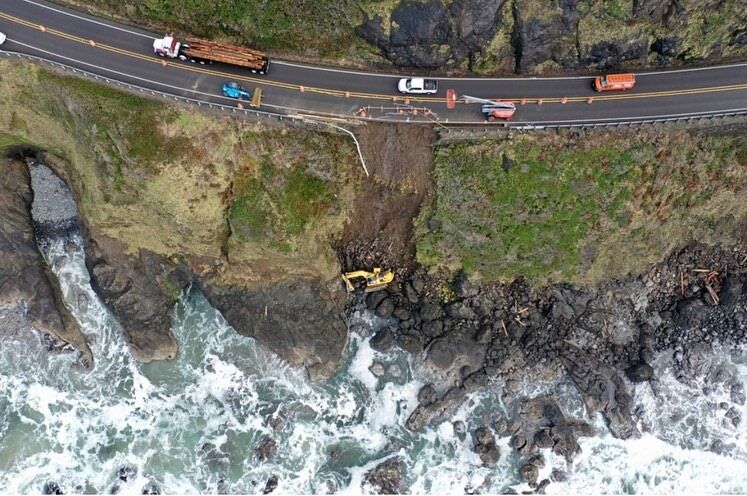 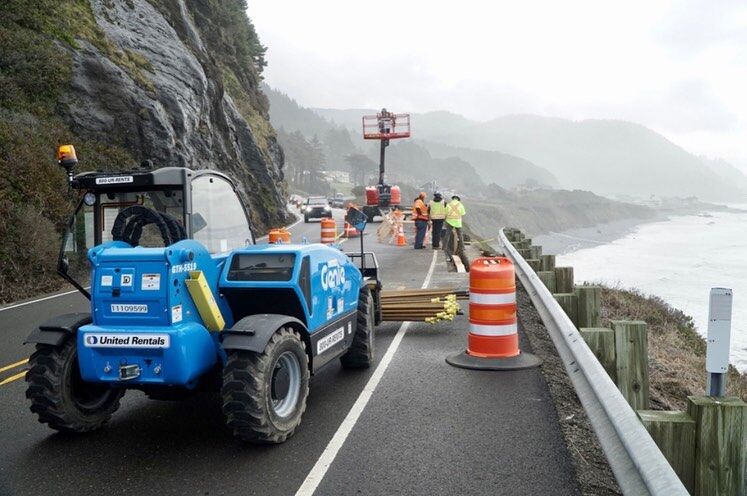 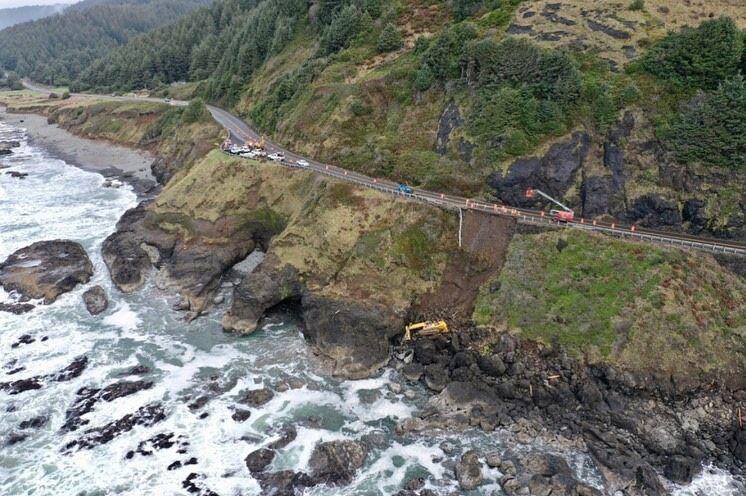 Emergency work to build a retaining wall to shore up a shifting portion of U.S. 101 at milepost 170.5 is continuing on schedule.

Closures remain in effect daily from 7 a.m. to 7 p.m. Between 7 p.m. and 7 a.m., traffic is flagged through the project area in the northbound lane. Work is not done at night because of safety concerns and the need for full visibility.

In a change, crews will be able to recover a drill rig from below the construction without a previously planned two-day closure. Instead, they plan to complete the operation during one of the regularly scheduled 12-hour closures. Once done, no further 12-hour closures are expected. Traffic will be flagged 24-hours a day for the duration of the project. This plan is subject to adjustment based on construction and weather conditions.

Road status information boards are on U.S. 101 at Newport, Waldport and Florence, and on OR 126 Florence-Eugene Highway in Florence and Veneta. The message boards relay the current road status of open or closed, with the associated hours.

Travelers should expect closures or extended delays in the area to continue into mid-March. Check TripCheck.com or call 5-1-1 for current road status.

A crack in the road was reported in January. Monitoring found that it was becoming larger because the containment wall was failing and an immediate repair was required. The northbound lane is built on bedrock and is stable. The southbound lane was built on fill, which relies on a retaining wall to remain in place.

A project to repair the section of road held in place by a historic retaining wall began Monday, Feb. 1. On Friday, Feb. 5, the northern half of the wall collapsed and a drill rig and operator fell about 150 feet to the rocks below.

About a year ago, the Lincoln City Playhouse was preparing for several performances in March 2020. But the local youth theatre group quickly l…

Comedy on the Coast returns to Chinook Winds

Comedy on the Coast returns to Chinook Winds