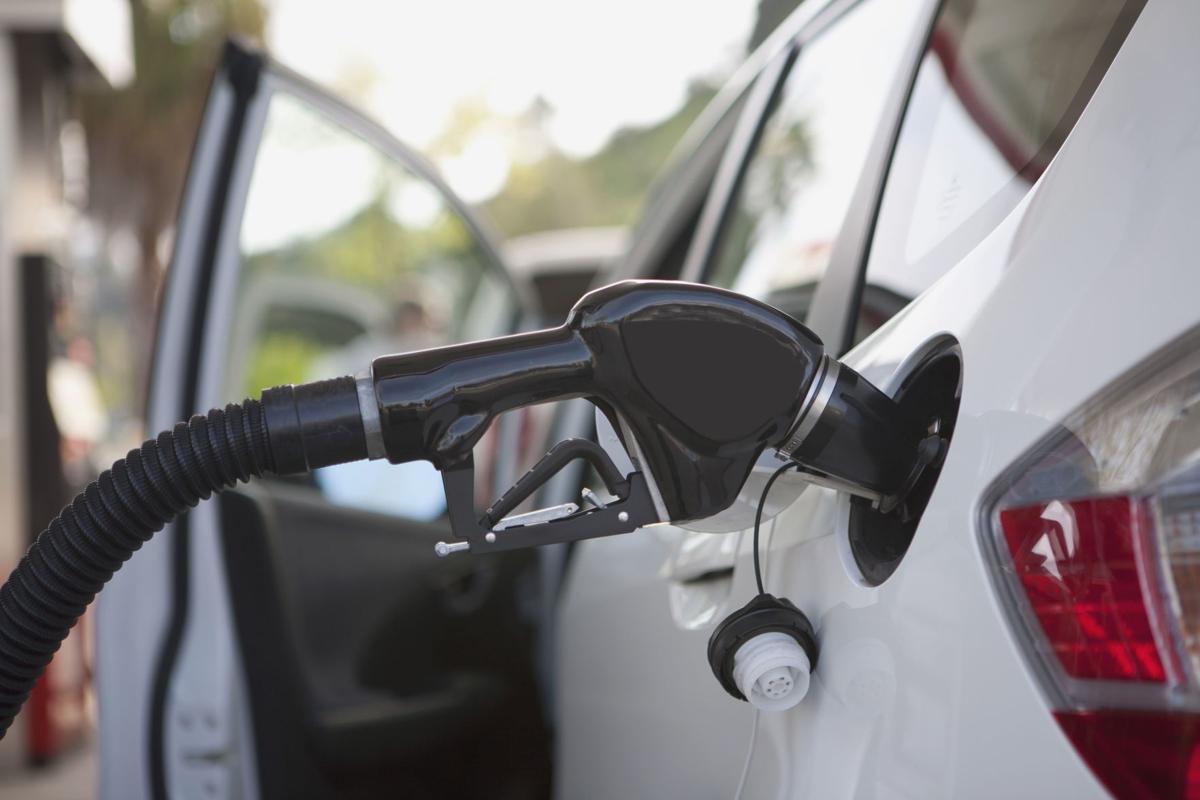 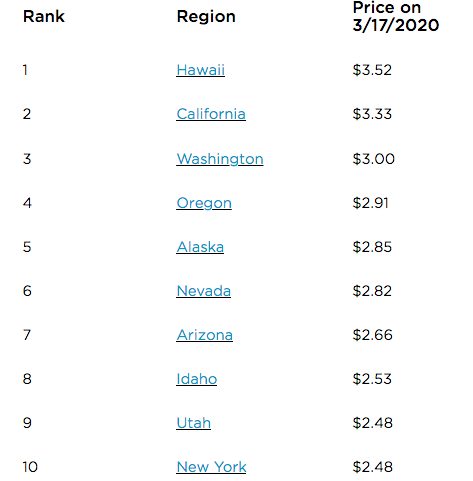 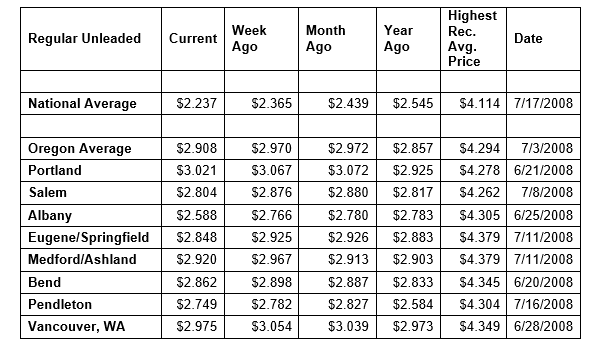 As crude oil prices trend close to $30/bbl, Americans are seeing pump prices plummet across the country with decreases in all 50 states.

For the week, the national average for regular unleaded falls 13 cents to $2.24 a gallon. The Oregon average falls six cents to $2.91.

“During these uncertain times of coronavirus, pump prices are declining despite shrinking U.S. stock levels. This is the time of year we normally see the spring run-up in gas prices,” says Marie Dodds, public affairs director for AAA Oregon/Idaho. “AAA expects gas prices to continue moving lower, with the national average likely to fall to $2 a gallon by the end of the month.”

Oregon is one of all 50 states and the District of Columbia where pump prices are lower this week. Ohio (-26 cents) has the largest weekly drop while Hawaii (-2 cents) has the smallest.

This week there are three states with an average at or above $3 a gallon, same as a week ago.

The West Coast continues to have the highest pump prices in the nation with all of the region’s states landing on the top 10 most expensive list.

Pump prices in all West Coast states are down week-over-week. California (-10 cents) has the largest drop in the region.

According to the U.S. Energy Information Administration’s (EIA) latest weekly report, total gas stocks in the region increased slightly from 31.41 million bbl to 31.64 million bbl, which is 1.14 million bbl lower than the level at this time in 2019. Pump prices are likely to continue decreasing this week, barring any supply challenges.

Drivers can find current gas prices along their route with the free AAA Mobile app for iPhone, iPad and Android. The app can also be used to map a route, find discounts, book a hotel and access AAA roadside assistance. Learn more at AAA.com/mobile.

The justice system is adapting quickly to the changes we are all facing.