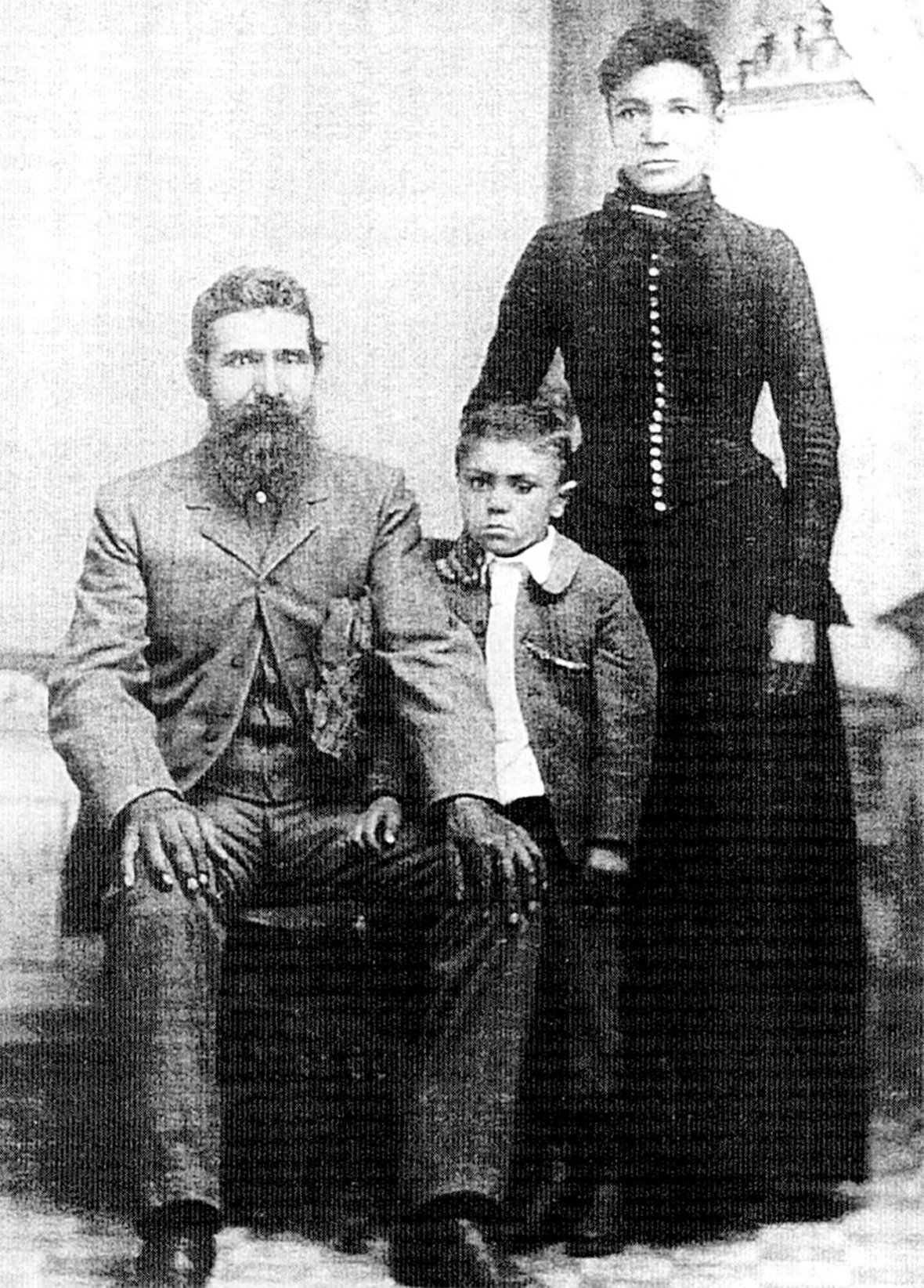 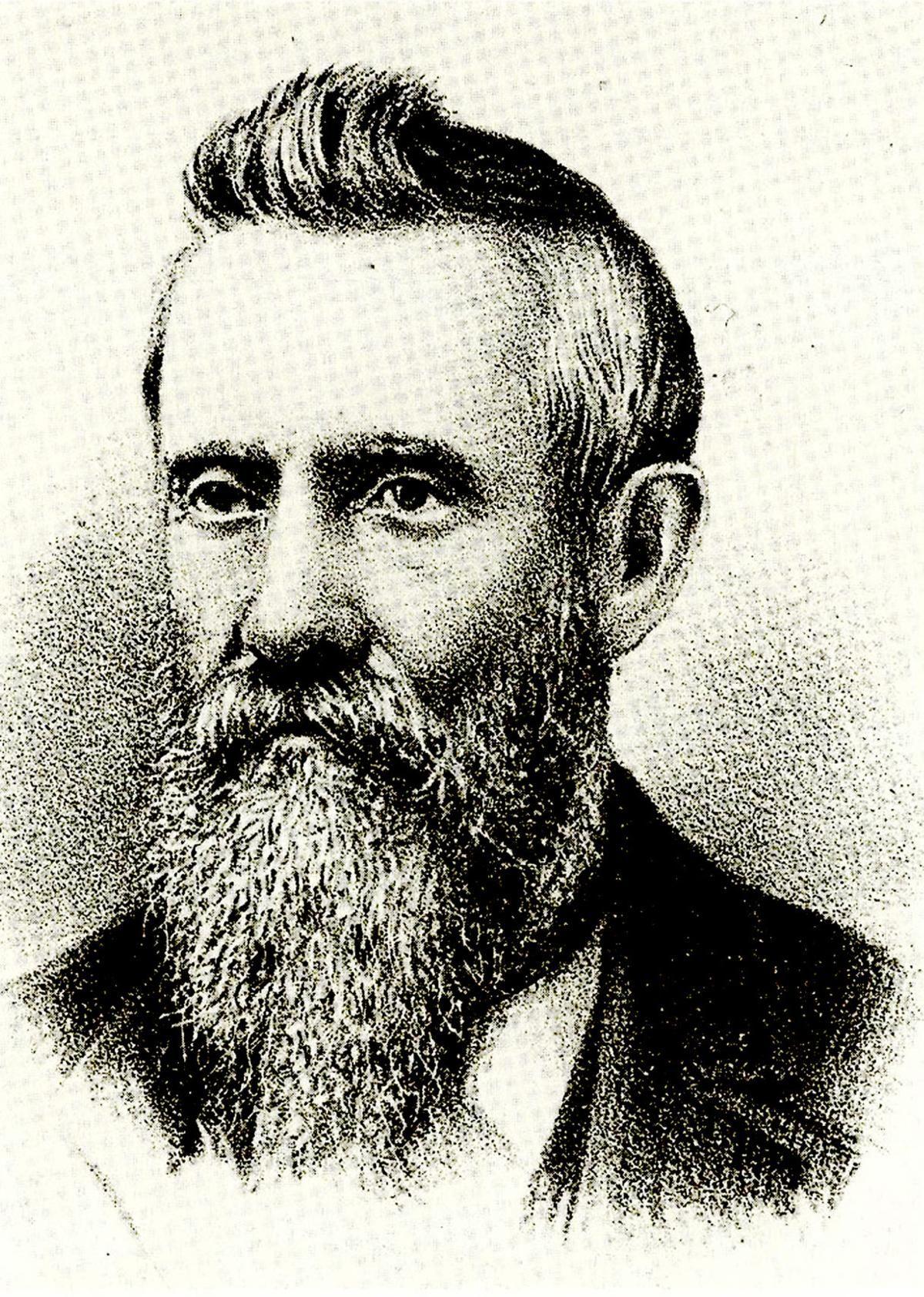 Especially in the late 1800s, the Oregon frontier was no stranger to acts of judicial lynching – where the local legal system was corrupted to provide cover for murder.

What’s more unusual, though, was an 1852 event that amounted to judicial cattle rustling.

Interestingly, it happened in the Marysville (Corvallis) area – the same community that, shortly before, had tried its hand at “judicial claim-jumping,” supporting a local swain in his quest to steal away half of Nimrod O’Kelly’s land claim and subsequently convicting him of murder when he shot the “claim jumper” in an argument over it. Early Benton County seems to have been a somewhat clannish, lawless place.

The cattle that the Benton County courts rustled belonged to a woman named Letitia Carson, and she was the widow of a recently naturalized Irishman named David Carson — or, rather, she would have been David’s widow, if the two of them had been allowed to marry. But they weren’t, because Letitia Carson was black, and a former slave — born in Kentucky in the late 1810s.

The other factor that makes this episode of judicial rustling unusual is that Letitia took the thieves to court — and won. Twice.

There’s no documentation of Letitia Carson’s transition from slave to free woman, but it seems most likely that David Carson bought or leased her, freed her, and married her the old-school common-law way, it having been at the time illegal for a white person to marry a black person.

Perhaps hoping things would be different in the Oregon Territory, where rugged mountain men often had Native American wives, the two of them then set out on the Oregon Trail, arriving in Soap Creek Valley (about two miles due west of today’s Adair Village) in 1845. There, they staked a 640-acre claim, and started building a ranch on it.

Things went well for them. Letitia’s herd of cattle, which she had started on the trail to Oregon, grew and prospered. Their first child, Martha, born on the trail, was joined by a son, Adam, in 1849.

In 1850, the new territorial government took away half their land; because they weren’t, and couldn’t be, legally married, the Carsons were only entitled to 320 acres. There wasn’t much they could do about that, so they just had to grin and bear it, and carry on with half of their land. After all, 320 acres of free land was still free land.

But it was in 1852 that the real trouble happened. That’s when David, following a short illness, died. And although he’d made promises to the woman he thought of as his wife, he hadn’t put anything in writing.

Neighbor Greenberry Smith now pounced. He got the county courts to appoint him executor of David Carson’s estate; then he proclaimed that Letitia and the children would be handled as property, not as heirs. They were, he said, David’s slaves, and they should consider themselves fortunate (as, in fact, they were, given Smith’s attitude toward them) that slavery was illegal in Oregon, because if it weren’t, the three of them would have been appraised and auctioned off like livestock.

On Jan. 4, 1853, Smith held a public auction and literally sold everything but the land and the “slaves.” Onto the block and out the door went everything else — including, according to historian Bob Zybach’s article in the Oregon State Bar Bulletin, “half-acres of potatoes, David’s underwear, the family’s Bible, bedding, dishes and tableware, jars, farm tools and equipment, two yokes of oxen, a wagon, a velvet vest, a watch, a clock, a gun, a thermometer, 35 cattle, 26 hogs, and a 14-year-old horse.”

The sale raised $1,538.80 — including $104.87 from Letitia, who actually had to buy back her own bed, bedding, and kitchen supplies from Greenberry Smith. Apparently she had managed to sequester a few dollars somewhere; in fact, it would have been surprising and out of character for Letitia Carson if she had not.

Two months later, Letitia and the kids left Soap Creek Valley, traveled south, and settled in Cow Creek Valley down in Douglas County. There, Letitia found and hired an attorney, and sued her late husband’s estate.

(Historian Zybach, who is currently working on a full biography of Letitia Carson, says her attorney likely was part of a Corvallis backlash against Greenberry Smith and his pro-slavery cronies. If you think about it, anyone who believed in the humanity of black people would have been outraged by this play — if not by the treatment of Letitia, certainly by the theft of David Carson’s children’s inheritance.)

Her suit was basically a claim for back wages. Because she was legally prevented from marrying David, she couldn’t represent herself as his heir; but she could, and did, claim they’d had an agreement that she would inherit his things when he died, an agreement that he hadn’t been able to put in writing before his death.

Subpoenas went out to various witnesses who could testify to something like this, and the case was placed on the docket for trial.

Greenberry Smith’s response to this seems to have been outrage at the temerity of this “uppity” black woman, who, instead of being grateful for the gentle treatment he had given her (not selling her back into slavery, not seizing the money with which she bought back her things), was resisting his pseudo-legal theft of her property.

Through his attorney, prominent local pro-slavery lawyer John Kelsay, Greenberry retorted that Letitia had been a slave up to the time of her death, as had her children, and that as such she was entitled to no compensation, and even if she were, her freedom was compensation enough. He then undermined that argument by quibbling about the dollar amounts she put on the various things she was claiming in the suit.

That may have had something to do with the verdict — or maybe Smith’s Snidely Whiplash-style coldness and intransigence rubbed his neighbors the wrong way. In any case, when it was handed down on May 7, 1855, by a jury of Smith’s white male property-owning neighbors, it was a win for Letitia — sort of. They awarded Letitia just $300, which Smith, representing the estate, paid — reluctantly and only after the Oregon Territory’s chief justice, George H. Williams, ordered them to accept and pay it.

As Zybach notes, not much of that $300 made it back to Letitia after the sheriff’s expenses and witness fees were deducted from it – likely much less than she’d had to pay to redeem her things from that illegal auction.

But it was a moral victory, and a foot in the door, and she followed it up with a suit for compensation for the theft of her cattle.

This time, Letitia’s attorney was able to get in touch with a key witness, a neighbor who had had a conversation with David Carson about the cattle just before he died. David, complimented on the size and health of his herd, had replied, “Most of those are Letitia’s.” He then pointed to one particular dowager cow and told the witness that 27 of the cattle in the herd were the offspring of that one cow, which she had bought on the plains in 1845 while en route to Oregon.

This was good enough for the jury and for Judge Williams, who issued a judgment for $1,200 to compensate Letitia for her rustled cattle.

As Zybach notes, one of the most interesting aspects of this whole story is the paucity of newspaper coverage. Many of the most prominent members of the community were attending the hearings and watching the outcome, and Greenberry Smith was one of the richest men in the county; but the story barely touches the newspapers. It’s as if they were deliberately suppressing the story to keep it from sparking hope in the hearts of other swindled black people, who might, if they learned about Letitia’s success, lawyer up and sue instead of quietly going away.

And perhaps that’s what it was all about — or maybe they were just trying to avoid a subject that had become uncomfortable for everyone involved. After all, most of the ancient Romans who stuck their knives in Julius Caesar were ashamed of themselves afterward, weren’t they? And some of the most prominent members of the Benton County community had attended Smith’s auction and bought Letitia’s stolen property. Chances are, by the time the court had ruled that she’d been done dirty, they weren’t super proud of the part they’d played in it.

As for Letita Carson, in 1863 she filed a Homestead Act claim on 154 acres near Myrtle Creek; this was, of course, something she’d been unable to do prior to the Emancipation Proclamation, especially after the Supreme Court’s 1857 Dred Scott decision proclaimed black people to be non-citizens.

She proved her claim up, of course. Finally laboring for herself and her children, with legal protection from marauders like Greenberry Smith, she seriously overdid it. The improvements on her property included an 18x22-foot one-and-a-half-story log home, a barn, a granary, a smokehouse, an orchard with 100 fruit trees in it … and — of course — a big herd of cattle.

Hers was one of the first several dozen homestead claims certified, and was quite likely the first Homestead Act claim proven up by an African American in U.S. history.

(Sources: “Strangely Absent from History: Carson vs. Smith, 1852-1857,” an article published in the October 2016 issue of Oregon State Bar Bulletin)

A new Oregon law will remove a Catch 22 for people who need a disabled parking placard but are medically unable to go to a DMV office.