Oregon is expected to see a $10.5 billion dollar revenue loss over the next five years triggered by the COVID-19 pandemic, according to the Oregonian.

The News Guard also reviewed the revenue forecast released by state administrators on Wednesday, May 20.

"It is clear that Oregon is in a recession and that the downturn will be severe," the Revenue Outlook reads. "Although there is still a great deal of uncertainty surrounding the outlook, the forecast represents an attempt to tear the proverbial Band-Aid off all at once by reflecting the full severity of the revenue downturn.

Oregon’s state revenues have proven to be more volatile than those in the typical state. Not only is Oregon’s underlying economy subject to boom-bust swings, but the state also depends on a very volatile mix of revenue instruments, led by personal and corporate income taxes.

During the current recession, income taxes might not fare so poorly in comparison to other revenue instruments. Given the depth and breadth of the current economic downturn, no state revenue system will be spared from pain going forward. The need for isolation has led to spending declines that far outstrip what is usually seen during recessions."

See the Oregon Revenue Forecast and slide show presentation attached to this story.

It was reported earlier that school districts, cites, counties and state agencies were preparing for a significant loss of funding triggered by the pandemic that caused a sudden stop of the Oregon economy.

Governor Kate Brown issued the following statement about the State of Oregon May revenue forecast.

“From the outset of this pandemic, it has been clear that the need for critical state services would far outstrip our resources as a state. Working Oregon families are counting on us to deliver COVID-19 emergency response efforts, while also ensuring public health, public safety, housing assistance, food assistance, unemployment insurance, and so many more essential state government functions continue uninterrupted.

“The latest forecast for state revenue makes it clear that we have tough choices ahead. We will need to tighten our belts. I am working with legislative leaders to preserve critical state services, find efficiencies, and prepare for potential budget cuts.

“Make no mistake, the budget gap created by this pandemic is too large to bridge without additional Congressional action. I am thankful for the work of our congressional delegation to secure federal funding for Oregon in the relief packages Congress has passed so far. But those funds only address a fraction of our current need, especially since we are not permitted to use the funding we have received so far to address state budget shortfalls.

“As a state, we took action to shutter our economy in order to save lives in the middle of a once-in-a-century crisis. Now it’s time for Congress and the President to step up and provide once-in-a-century support for important state services, including schools, health care, and public safety.”

“Oregon families are hurting and have been forced to make significant budget cuts. Now the state must take reasonable actions to bring the budget in line with declining revenues. The best approach going forward is for the legislature to do all we can to support a full economic recovery for hardworking Oregon families across this state, who were disproportionately harmed by the governor’s executive shutdown orders.”

The Oregon Association of Hospitals and Health Systems CEO and president Becky Hultberg released the following statement concerning the forecast.

“Today’s state revenue forecast presents grim news, as the public health crisis gripping the state has rippled through our economy and decimated state revenue. As the Governor and Legislature grapple with this budget reality, now is not the time to reduce investments in health care. Rather – because hospitals drive positive health outcomes and promote economic activity – the investments we make now in our hospitals, health care workforce, and coverage for vulnerable Oregonians will help lead our economic recovery while we continue to respond to the COVID-19 pandemic.

"Our community hospitals have been there for Oregon, and state leaders now have a chance to support local hospitals by prioritizing health care funding. We are committed to being strong partners with policymakers as we work together to solve our shared challenges.” 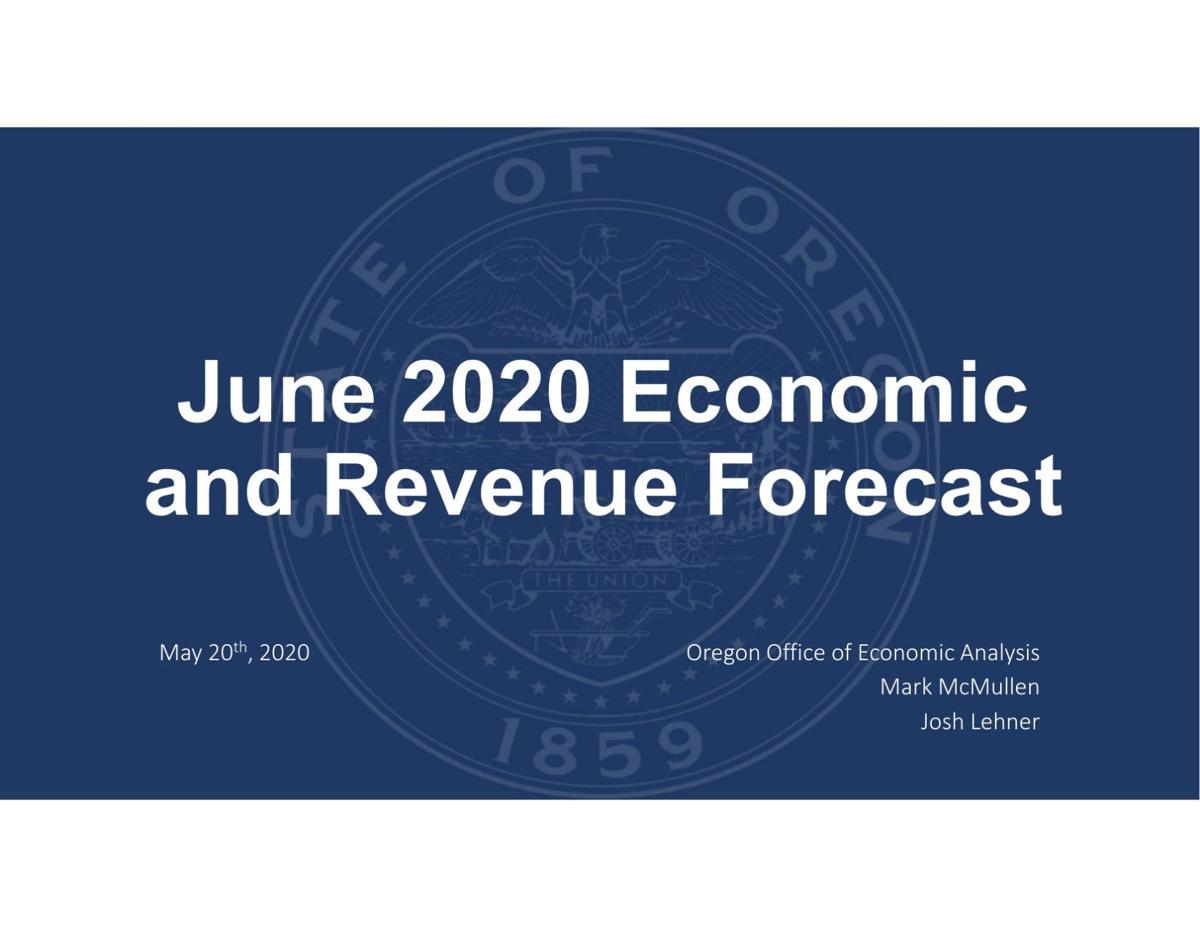 The Oregon Economic Forecast provides information to planners and policy makers in state agencies and private organizations for use in their decision making processes. The Oregon Revenue Forecast opens the revenue forecasting process to public review. It is the basis for much of the budgeting in state government. The forecast reports are issued four times a year in March, June, September and December.

Thanks to the volunteer efforts of local seamstresses, 500 face masks are being contributed to the Confederated Tribe of the Siletz Indians.