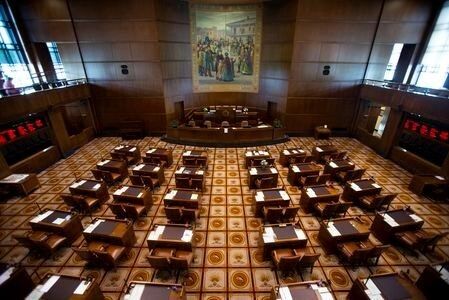 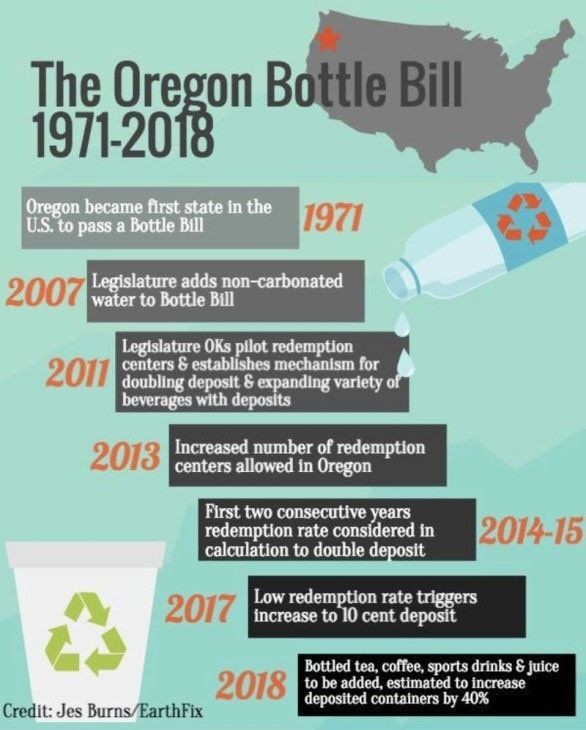 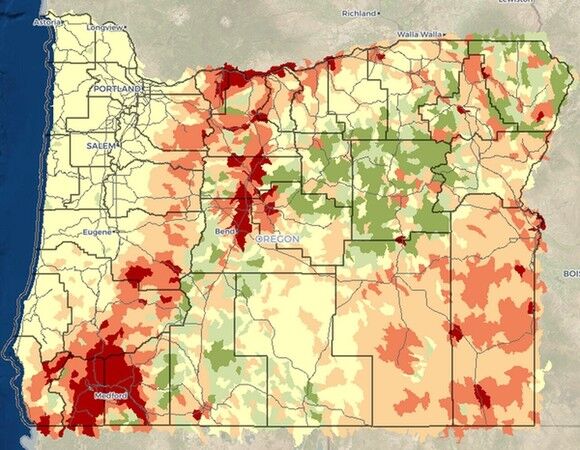 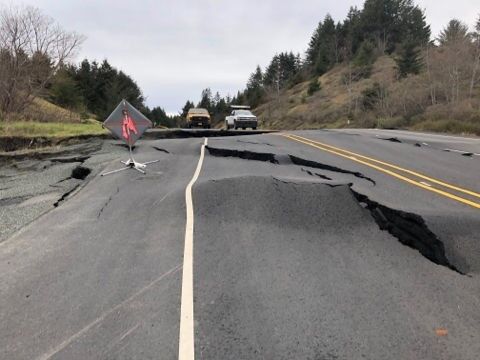 The Ways and Means Committee has completed the fifth of their public “Roadshows” designed to hear from Oregonians on budget priorities and concerns. Virtual meetings were organized for different parts of Oregon and our turn was Saturday afternoon. Over 170 people registered to speak during the 2 ½ hour hearing. Even with time limited to two minutes each, only half the presenters were called on. But listening as co-vice-chair of the committee, I will say that District 10 did themselves proud.

Dozens of speakers lined up to briefly detail our specific needs: failing water systems in Waldport and Falls City, broadband in Tillamook, the need for a sewer at the Port of Toledo and aging docks in Depoe Bay, a plan to offer Career Technical Education in Sheridan, a community center and pool in Toledo, the arts and culture industry in Lincoln City and Siletz, undergrounding utilities, children’s advocacy programs in Lincoln County, and a new fire station to support Highway 20 in Eddyville. The message was clear and distinct from what I’d often heard at other hearings. Rather than general needs like education, child care, or housing, we spoke to aging infrastructure and precise economic investments.

Much of what I heard at the hearing reflected the projects I had proposed for funding earlier in the session.

You will remember that last month, each legislator was asked for suggestions on how to spend funding sent to Oregon as part of the America Rescue Plan Act (ARPA). I narrowed my list to twelve projects with a cost of roughly $40 million. Half of that was to begin work on the failing dams in Newport. But at the end of the process, 90 legislators proposed over $35 billion (Billion with a B!) in spending for about $780 million in available dollars. In response, legislative leadership has announced a unique plan where each representative will receive $2 million and each senator $4 million to designate as they wish. That will make for some very difficult decisions as I am forced to choose among a number of critical, worthy, and immediate needs. The choice is made more difficult as most of my projects cost more than $2 million.

I’ll be sorting out this difficult decision in the next few days but am also aggressively seeking funding for our district from other budget sources. If you’d like to watch the Roadshow hearings, you can review all Oregon State Legislature Live-Streams and Meetings HERE.

Last week I detailed compromises that had resolved legislative delays and that the session was beginning to move forward more smoothly. Then, once again, COVID landed on the legislature with a thud. Long hours and a crowded room required for votes in the House had resulted in a positive case that closed business for four days. The Senate, with half as many members and no procedural delays has thus far avoided exposure and continued meeting.

Know that even when out of the building, we’re working long and hard. Committees continue to meet virtually and today the House reconvened. I expect with several long days scheduled, we’ll be back on track soon.

We recently celebrated the 51st anniversary of Earth Day - an international holiday that promotes clean living and aims to create a more healthy habitat for humankind and wildlife. At the same time, this year we will observe the 50th Anniversary of Oregon’s landmark Bottle Bill, which remains one of the most successful systems in the world and continues to inspire positive change beyond our borders.

In the late 1960s and early 1970s, Oregon Governor Tom McCall was instrumental in driving environmental change in Oregon. Not only was he a champion and supporter of Oregon’s bottle bill, but he helped pave the way on land use planning and the open beach bill, cleaning up the Willamette River, and forming the Oregon Department of Environmental Quality.

As you can see by the graphic below, the Bottle Bill has changed and evolved over time. I worked to bring the Bottle Drop redemption center to Newport and continue advocating more outlets across our district.

To celebrate Earth Day and the Bottle Bill’s birthday, the Oregon Historical Society filmed a special online program featuring the history, evolution, and continuing success of Oregon’s redemption system with Bottle Bill experts and stakeholders. You can view the forum and learn about the fascinating history of Oregon’s Bottle Bill, and the important role it continues to play in reducing litter across Oregon, by visiting the Oregon Historical Society’s event page.

Dry conditions, high winds, and Red Flag fire warnings last week came too early in the year and too soon after the September wildfires. Tree and debris removal continues in northern Lincoln County and at long last, construction or delivery of new homes is beginning. All of this is a constant reminder that we need to be wary and prepared for fire danger.

A new online tool, released by the Oregon Department of Forestry, allows Oregon residents to track current wildfire risk to their exact location anywhere in the state. The tool, part of the Oregon Explorer website, uses a variety of data to calculate how high that risk is for any given location.

Beyond offering insight and resources to residents, the tool is intended to provide a data-based risk assessment for planners and forest managers as they prepare for wildfires predicted to grow more intense.

Access to fast and reliable broadband is quickly becoming a critical component of our economy, education, and community livability. Better internet supports our small businesses, encourages better-paying jobs to re-locate to rural Oregon, helps our kids learn, and can make day-to day life a bit more interesting. Said another way, when your system goes down, so does your productivity and mood.

Last Wednesday, Governor Brown and Treasurer Read appeared before my budget subcommittee on Transportation and Economic Development to urge support for investments in expanding broadband access statewide. The Governor's Recommended Budget proposes a $118 million investment, with a focus on providing broadband access to underserved communities that have been disproportionately impacted during the pandemic, ensuring every school across Oregon is online, and connecting 50 additional communities statewide.

As co-chair of the Committee, I’ll continue to support efforts to enable our communities with critical tools, critical infrastructure, and critical services. You can watch the hearing here.

Oregon lawmakers are considering a bill that would require owners of new, fuel-efficient cars and trucks to pay a fee for every mile they drive. If passed, Oregon’s “vehicle miles traveled” plan would become effective in July 2026. The HB 2342 fee would apply only to owners of new 2027 vehicles that don’t use gas or get 30 miles or more per gallon of gasoline. Drivers would also be able to opt out of tracking their mileage and pay a flat annual fee of $400, a provision that would expire in 2030.

Gas taxes are an important and sensitive subject. Incentivizing and supporting electric vehicles and hybrids is also important and sensitive. The legislation is intended to help address what transportation officials say is a grim financial reality. The problem is pretty simple. We are driving less. We are driving cars that use electricity or that get better mileage. In our cities, we are using public transport, walking, or using bikes more. All of that is good. But Oregon pays for our highways, roads, and bridges with gasoline taxes which are no longer an adequate source of funding to maintain our transportation infrastructure. We estimate the highway fund, of which 40% comes from gas tax revenues, will be insolvent by 2024 without significant changes.

The issue becomes more complex in our rural and lower income communities. We drive further to get to work, school, or for shopping. Someone earning the Oregon minimum-wage, $11.25 per hour ($23,400 annually), pays proportionately more than a high-wage earner, for example making $50 per hour (over $104,000 annually). That’s 1.3% of the annual income for the minimum-wage earner, but only 0.2% for the high-wage earner.

All of this is to say that roads, highways, and bridges need more money. Increasing gas taxes is not a viable option. As HB 2342 evolves, I’ll be watching closely and purposely involved in the discussion of unique effects in rural and coastal Oregon.

As you can see, a lot is going on and all of it is important to our communities, our businesses, our families and our future. My email inbox is full each day but I’m always pleased to hear your ideas and concerns. Thanks for reading my newsletters and for all you do to make our part of Oregon stronger, more vibrant, and more resilient.