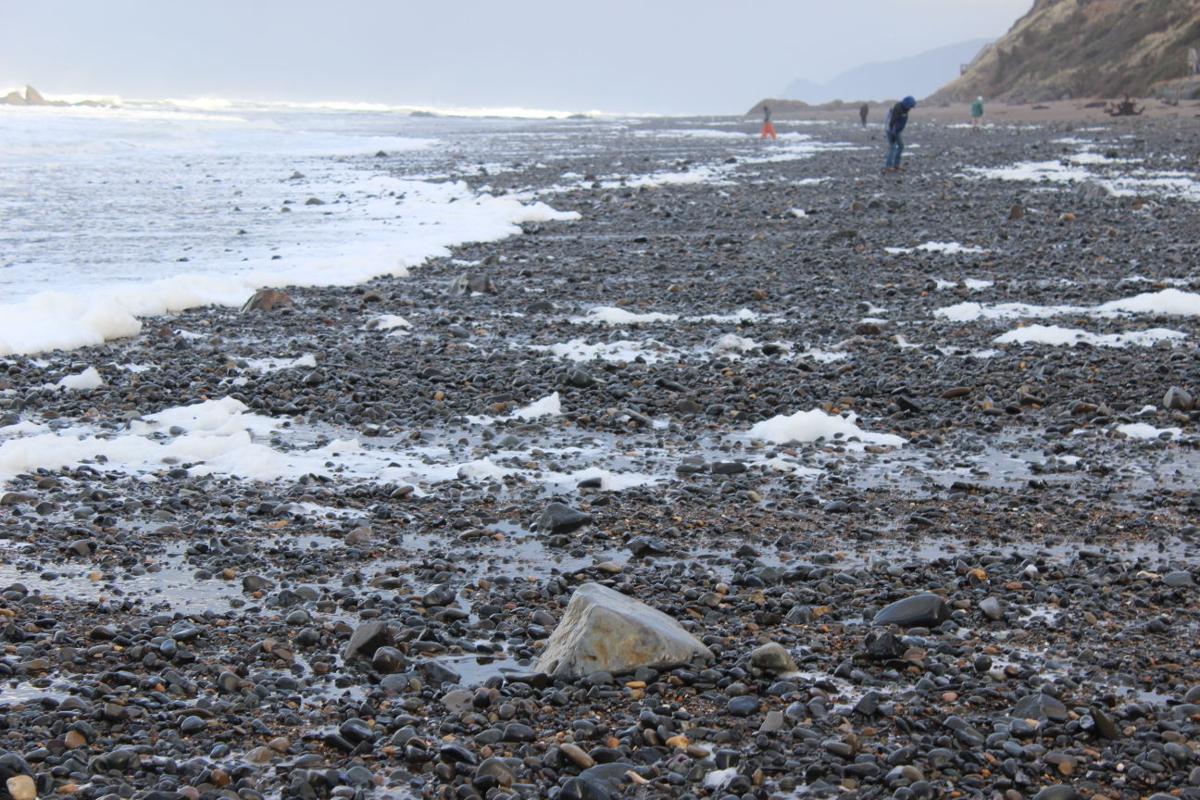 Exposed rock beds like this one at the Nelscott Beach Access in Lincoln City are prime agate hunting locations. 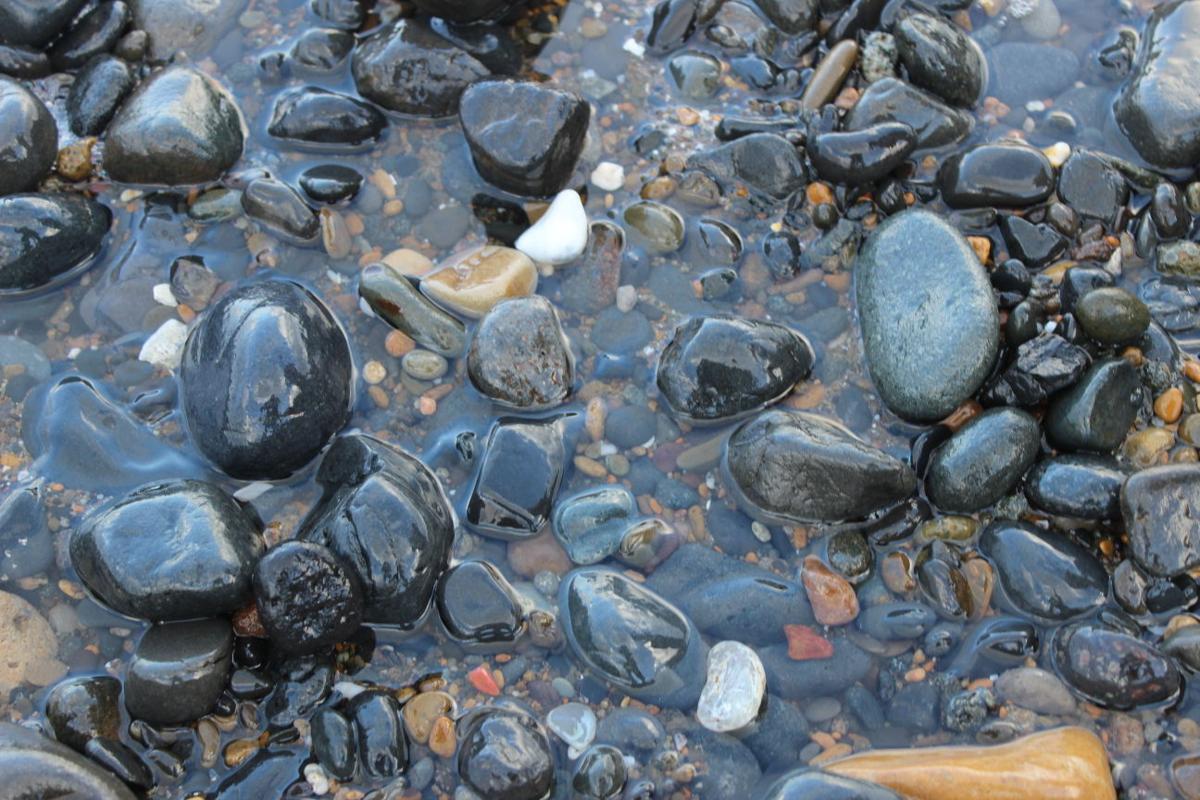 The trick to finding agates involves a keen eye and quick feet to get away from incoming waves. 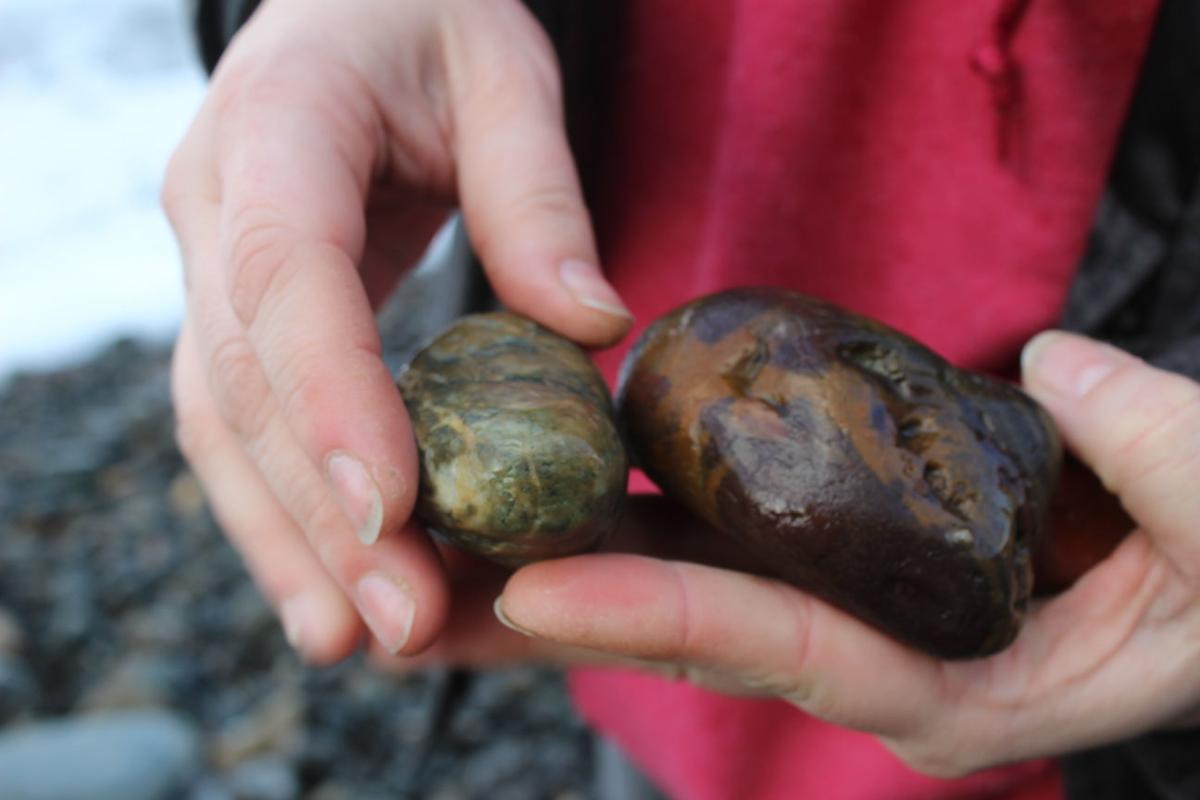 Agates are not the only treasures to be found on the coast—look for jaspers, chert and zeolites, not to mention fossils.

Exposed rock beds like this one at the Nelscott Beach Access in Lincoln City are prime agate hunting locations.

The trick to finding agates involves a keen eye and quick feet to get away from incoming waves.

Agates are not the only treasures to be found on the coast—look for jaspers, chert and zeolites, not to mention fossils.

The Oregon Coast faced a parade of storms during the recent winter months, and the storm activity has caused exposed rock beds to appear along the coastline as sand is dragged out and deposited elsewhere.

Rock beds along the Oregon Coast are prime real estate for agate hunting, and resident rockhounds—defined as geologists or amateur collectors of mineral specimens—are ecstatic.

What exactly are agates?

Laura Joki, Lincoln City rockhound and owner of the Rock Your World Rock Shop, 3203 SE Highway 101, broke down what makes an agate an agate.

“Silica is the second most common element, and that’s what agates are made of,” Joki said. “An agate is crypto-crystalline quartz or quartz in which the crystals are too small to see with the naked eye, even with a microscope hand lens. They are interconnected. Almost woven together.”

She added that from the 1930s to the 1950s, a particular form of agate, known as a sagenite agate, was considered valuable.

“I’m remembering this from a book I read,” she said. “They once found something like a three pound piece, down out of the Depoe Bay area in the 40s and it fetched about $5,000. There are agates and things out here that are worth money. But in the five years that I’ve been out here, I’ve maybe found a handful of pieces of sagenite and none of them were a three pound piece.”

But once one has found agates, what are the next steps?

For many rockhounds, it involves placing the agates into a rock tumbler to polish them until they shine.

Kathy Buck-McCuin is another Lincoln City rockhound and has been agate hunting for five years and explained the process of her rock tumbler.

“The machine tumbles the rocks around and you have different phases of grit that you put in, mixed with water and you have a coarse grit, a medium grit, a polishing grit,” she said. “After all that’s done you wash them with soap flakes. This is typically a 24-hour project. I typically do each phase for about an hour for a week and a half.”

Buck-McCuin said that the tumbler helps simulate the ocean to create a natural looking polish.

“When you find an agate, they are really beautiful when they’re wet,” she said. “When they dry, they aren’t quite as pretty. So in polishing them, it kind of restores how they looked when you saw them wet. And you’re not always sure how they’re going to look when they come out.”

After tumbling the agates, they can be kept for display or used to make jewelery.

But agates are not the only treasures to be found on the coast—Joki explained that there are many other fascinating minerals to forage for.

“There is another crypto-crystalline quartz out here called chert,” she said. “You’ll know the difference between agates, jasper and chert because agates and jasper will have a conchoidal fracture. Where it breaks almost looks like a fingernail has chipped into it. But chert tends to break in a chunky manner. So we have another silicate out here on the beach that nobody talks about. Out here you’ve got agate, jasper, petrified wood and chert. The difference between chert and agate is that chert comes from old sea floor.”

The coast also has a number of zeolites thanks to the boxide ore in the hills, Joki said.

“From Yachats all the way up to the carnelian beds in Washington, we have an abundance of zeolite,” Joki said. “These also occur in amydales and volcanic seams.

A zeolite is a member of a family of minerals and is categorized as a species because there are so many micro-variances of them. They are related to Michigan thomsonite, which is the state gemstone. So we have something just as rare as thomsonite and people walk past it all the time because it’s not an agate.”

Be certain to look for fossils as well, ranging from snail, clam, whale and dolphin bone.

Any fossils found on the coast can be taken to the Hatfield Marine Science Center for further identification, but delicate vertebrate fossils must be left untouched.

So go grab a bucket, some rain boots, keep an eye out for sneaker waves and get collecting.

Tip of the Week: Noise Ordinance

Tip of the Week: Noise Ordinance

Letter: Response to “Myths About STR’s”

Gomberg: Hearings, help and a positive note from Salem