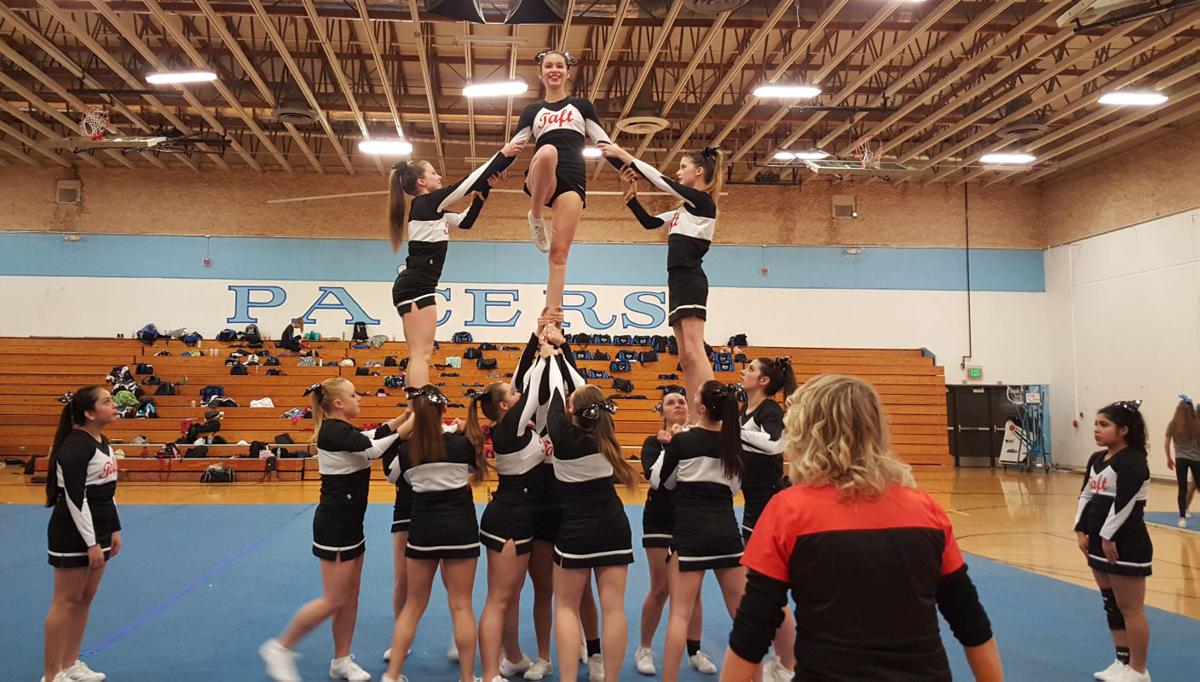 The Taft Tiger cheer team formed a pyramid at the Pacer Invitational on Saturday. 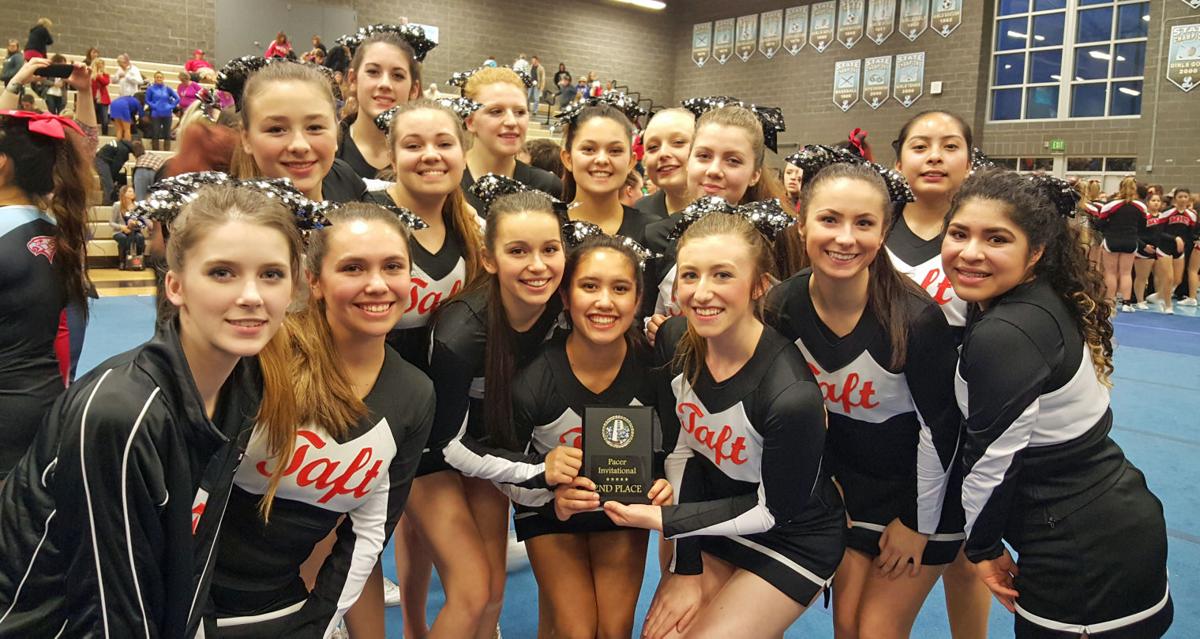 The Taft Tiger cheer squad gathered to show their award for second place in the state’s top division.

The Taft Tiger cheer team formed a pyramid at the Pacer Invitational on Saturday.

The Taft Tiger cheer squad gathered to show their award for second place in the state’s top division.

The Taft Tiger cheer team took second-place honors in the state’s top division Saturday at the Pacer Invitational Cheerleading Competition at Lake Oswego’s Lakeridge High School. The 16 girls on the Taft squad competed against teams from Divisions 1A, 2A and 3A.

“It was a huge accomplishment for them,” said Twyla Plummer, the cheer coach. “On Friday, one of our flyers became sick and went to the emergency room.” Flyers are the acrobats who do the hardest stunts while being held high in the air by the rest of the team.

“We actually trained a brand new freshman cheerleader, Grace McGowen, and taught her how to be a flyer in an hour,” Plummer said.

In competition, a team performs a precise and coordinated 2.5-minute routine set to music that includes stunts, jumps, dance, tumbling, and cheerleading.  The stunts include pyramids with the team members in the base lifting and flipping team members called “flyers.”

The team met at 5:45 a.m. Saturday to practice with Grace before leaving on the bus at 8 a.m.

“Because of her efforts, she saved our hard stunts, including a stunt where we flipped Courtney O’Neal, our captain,” Plummer said.

The team’s next meet will be at David Douglas High School in Milwaukie on Jan. 23, followed by meets at Clackamas High School on Jan. 30 and the OSAA State Cheerleading Championship at Memorial Coliseum in Portland on Feb. 13. The Taft team came in fourth for Division 4A at states in 2013.

Helping to guide the squad are Karen Richards, the assistant coach, and Bethany Robertson, the choreographer.

Taft’s winning routine can be seen on YouTube: https://youtu.be/EpyZfh56N4c