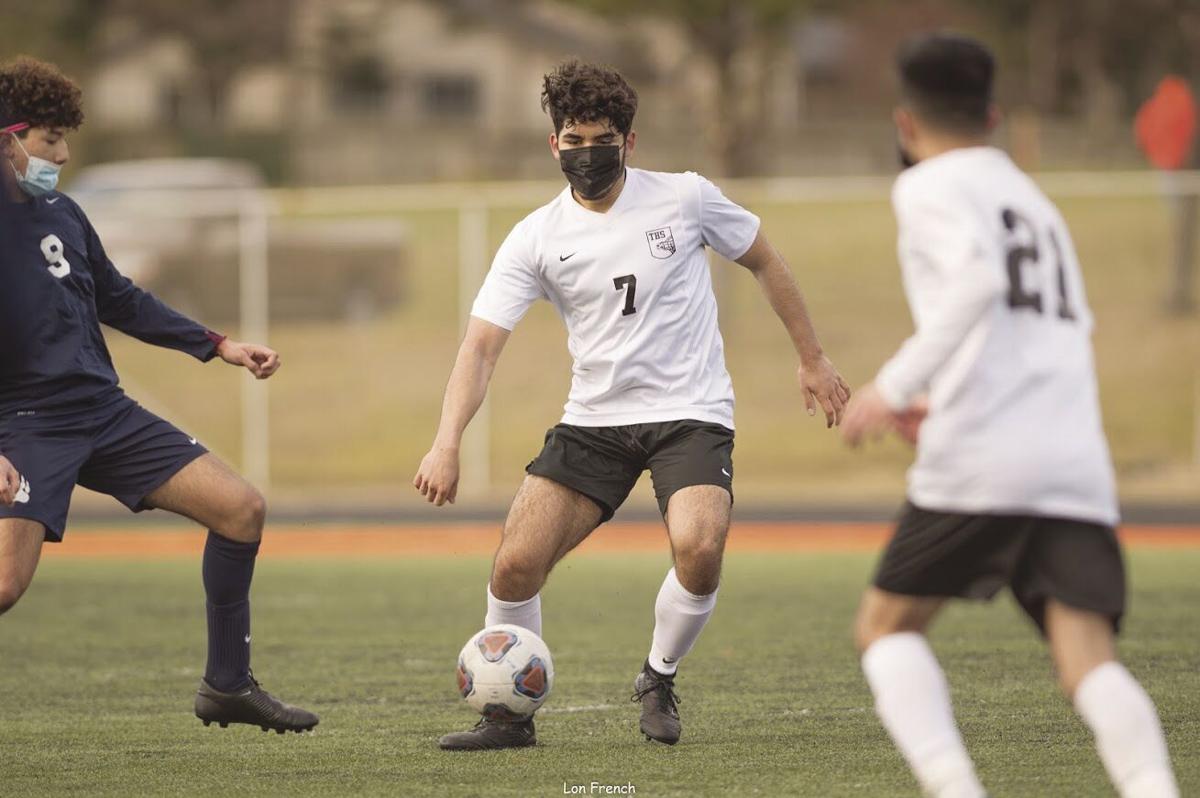 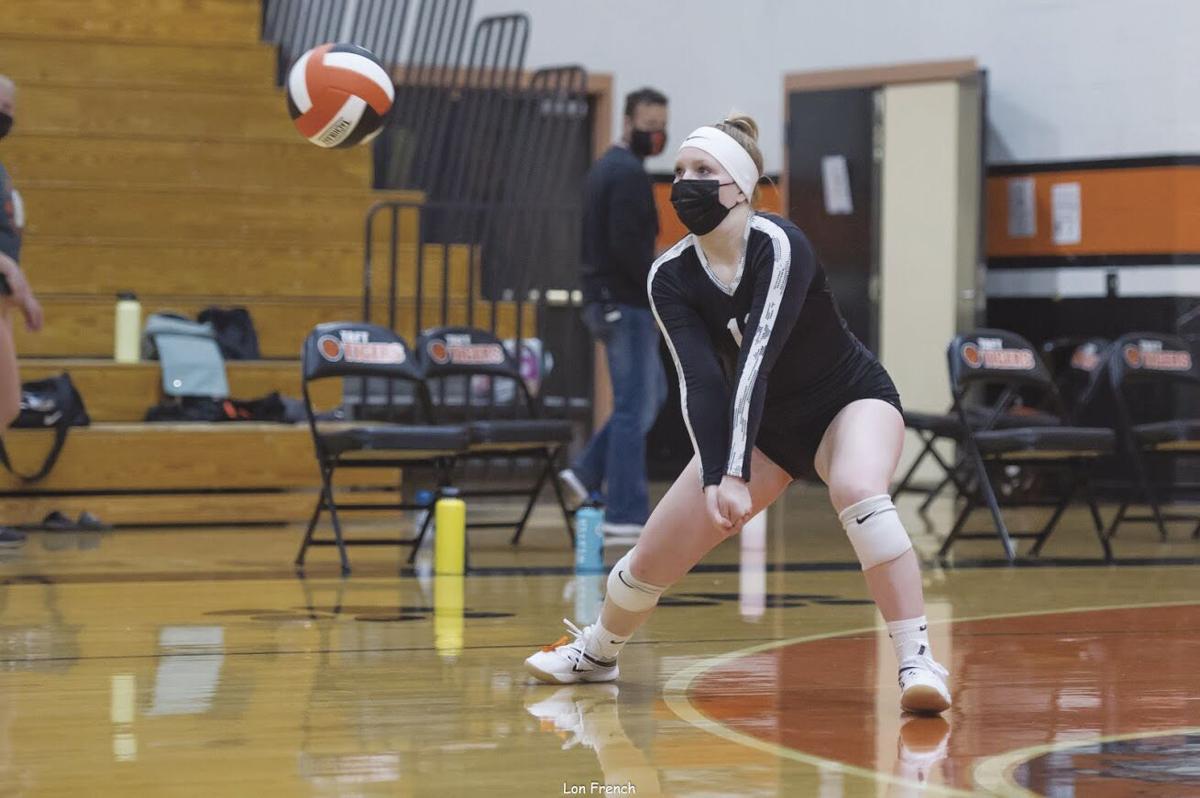 It was a busy week for Taft 7-12 athletics as several teams surpassed the halfway point of their shortened 2021 season.

Starting off the week for the Taft Tigers was the volleyball team who played a Monday night game at home against the Toledo Boomers. The Lady Tigers were swept 3-0 in the first contest between the two Lincoln County schools, but the rematch proved to be in favor of the home team.

Taft then traveled south to Newport for matchup with the unbeaten Cubs who beat the Tigers 3-0 on March 8. The second meeting on March 17 proved to be quite similar, as the powerhouse Cubs completed another 3-0 sweep.

“Our backrow players had a great game, getting up some awesome digs from Newport’s heavy hitters,” Taft head coach Kelsey Hart said of her team’s effort. “Keeara Harmon had a great night with five kills on offense and three big blocks on defense.”

The Lady Tigers closed out a busy week with a Friday night game at Toledo for the third and final meeting between the two teams. Toledo opened the match with a pair of set victories over Taft, 25-19 and 25-22 respectively. But much like the previous matchup, the Tigers battled back to take set number three, 25-17. In a close fourth set, Toledo prevailed to win 25-22, winning 3-1 overall in the match.

Taft will enjoy a restful spring break this week before finishing up their season with a game at home against Waldport on March 31 and a game at Newport on April 2.

The Taft 7-12 girls soccer team faced a familiar opponent last week when they traveled to Newport to take on the Cubs for the third time this season. Losing the first two games 2-1 and 3-1, the Tigers where hopeful to get a win in Newport in the final meeting between the county rivals.

However, during the March 17 game, Taft head coach Joey Arce-Torres said the luck was not in their favor on St. Patrick’s day, as they lost 3-1.

“We had some strong performances by Miranda Hankins and Ari Morales,” Arce-Torres said. “They played tenacious defense and did a suburb job keeping their team in the match. We had multiple opportunities in the second half to even the score but missed by fractions of an inch to even and go ahead in the contest. Chloe Peterson hit the post and missed wide within the second half which would have given us our first win against the 4A Newport squad.”

Taft did get a score from senior Avery Nightengale and Newport’s head coach and the game officials all complimented the great sportsmanship and intensity of the Lady Tigers.

“We can’t even be upset about the final score today, the girls played our best match of the year,” freshman Miranda Hankins said.

On March 19, Taft had their first opportunity to see a team not named Newport this season, as they hosted Yamhill-Carlton on Friday night. With solid play from Hankins, junior Sayge Ulrich, junior Arianna Moralez, junior Olivia Coulter and freshman Aliviah Mode, the Tigers played a physical game that came down to the wire.

“We arrived shorthanded, missing our leading scorer of the season due to sustaining a broken nose from the previous match. Avery Nightengale not only had scored in every match this season but is also the only athlete on the team with a goal,” Arce-Torres said. “She is also our team captain and leader on the field. To also put additional perspective on the afternoon, we were matched up against perennial state contender who is the only team we have never defeated in our conference.”

Despite the adversity, Taft scored first on a pass from Chloe Peterson to Ryan Sou, her first goal as a Tiger.

“We kept solid defensive play and got to halftime with the slim lead,” Arce-Torres said. “We knew keeping that score would be difficult but we were well prepared after playing 4A Newport on three occasions already.”

Yamhill-Carlton found an equalizer goal in the second half and then a second goal to take the lead and put the pressure on Taft. With less than three minutes left in the match Arce-Torres said he made an adjustment to bring their defensive captain, Moralez, to the striker position. With less than 40 seconds left in the match, Moralez dribbled past four defenders to get five yards away from the goal.

“She set to shoot but pulled off when she saw the goalie get into better position,” Arce-Torres said. “We are all screaming from the bench for her to shoot but the slight hesitation allows the defense to re-gather and they stole the ball and the clock ran out.”

Losing a close one 2-1, the Taft coaching staff was disappointed in the result, but not with the effort of the shorthanded Tigers.

“We now play with the required intensity to win matches,” Arce-Torres said. “It has not always been the case. Teams are now realizing we respect ourselves and will compete against anyone. Our culture is becoming one of confidence, one of tenacity and one of growth, I am sincerely proud of that.”

The Tigers don’t plan to take spring break off and will face Dayton High School at home on March 24. That game is slated to start at 1 p.m.

The Taft 7-12 boys soccer team put their unbeaten record to the test last week when they traveled to Yamhill-Carlton on March 19.

Facing a league rival, the YC Tigers gave Taft all they could ask for in the first meeting between the two teams this season. In their first game on a grass field with wind and rain throughout the game, Taft battled the conditions and found themselves trailing going into the half after a YC goal.

“We then changed our strategy for the second half and gained some fantastic goals from William Caldron (two goals) and Jose Flores (one goal),” Taft head coach Ryan Ulicni said. “I didn’t get to see as many players in as I would have liked, but we managed to get the win with the few changes we made. Another excellent example of great soccer from all our boys.”

After earning the 3-2 win over Yamhill-Carlton, the Taft Tigers improved their season record to 4-0-1. Taft will now prepare for a tough matchup with Dayton High School on March 26. Dayton has a 4-2 record this season and will provide a tough test for the high scoring Tigers.