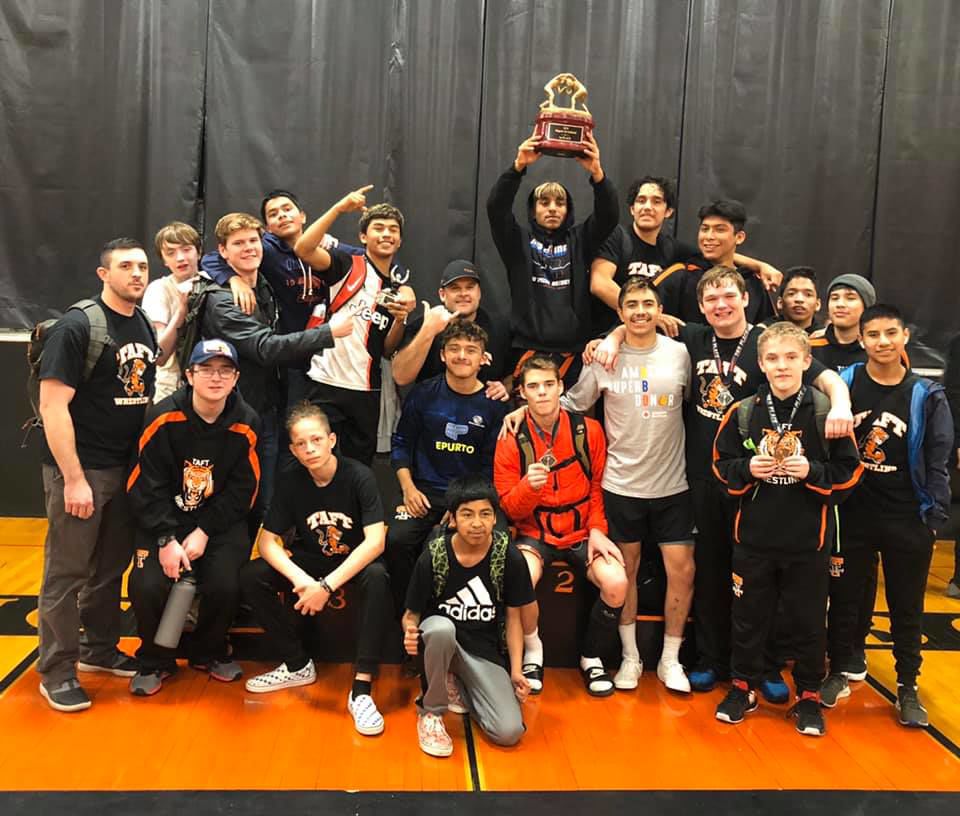 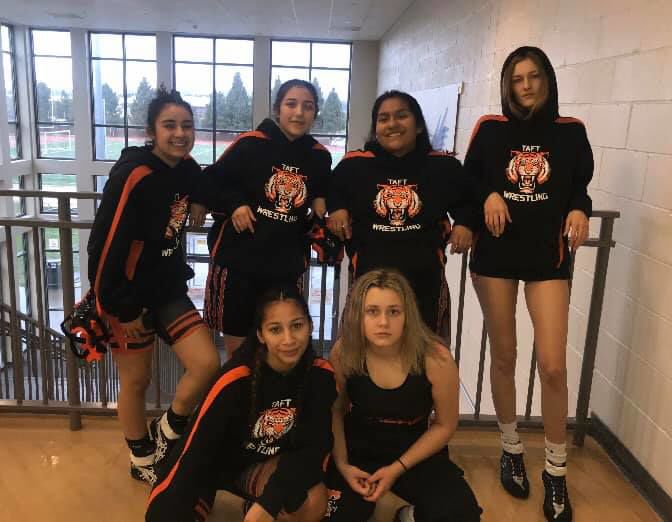 That’s because out of the 17 competitive teams at the annual Hagerty Invitational at Nestucca High School, the Taft 7-12 wrestling team came out on top.

Scoring the bulk of Taft’s points were second place finishers Jose Flores, Riley Ellis and Jace Phippen. In the 120-weight bracket, Flores won two matches by fall before eventually losing in the championship bout to Blake Runion of Amity.

Riley Ellis also won two matches in the 152-weight bracket, including a victory by fall over Wyatt Baker of Willamina/Falls City. However, Tanner Clark of Siletz Valley then defeated Ellis in the championship.

In the 220-weight bracket, Phippen won by fall in the quarterfinals then earned an 8-2 decision in the semifinals to advance to the championship. Phippen earned a rematch with state placer Travis Bennett of Neah-Kah-Nie in the final match but once again fell short of first place.

The three Taft runner-ups tallied 64 of the Tiger’s 134 points during the day. Other placers for Taft included Kaden Byrum, who was third in the 106-weight class, as well as Arnoldo Ortiz (fourth at 132), Kevin Acosta (fourth at 138) and Oscar Rodriguez (fourth at 195).

The Lady Tiger wrestlers also had a big day on Dec. 21, as they participated in the Liberty High School Girls Tournament in Hillsboro.

“So proud of our Lady Tigers!” Coach Ellis said. “They finished 16th out of 29 teams at the Liberty High School Girls Tournament… competing with all class levels including 6A teams.”

Taft tallied 37.5 team points throughout the day to place 16th, as 6A Century placed first with 125 points. The Lady Tigers were the second highest placing 3A team competing, with Warrenton just ahead of them at 46 team points.

This week Taft is scheduled to compete in the Bob Bishop Invitational at Willamina High School on Dec. 28, where they will face off against five other schools.

Jumping, stunting and tumbling to the beat, the future of cheerleading in Lincoln City is looking bright thanks to the Lincoln City Youth Chee…